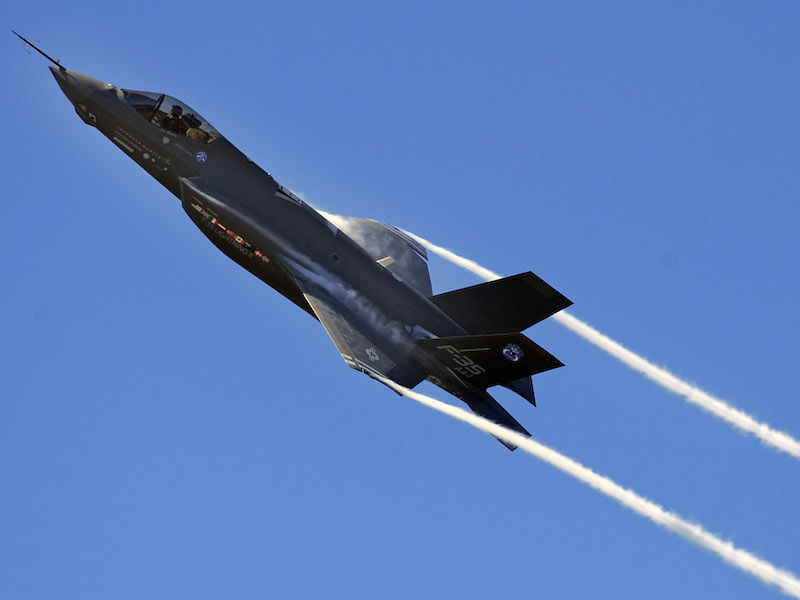 Last year, the Federal Government allocated $20.3 billion (0.99 per cent of GDP) for defence. If you have ever wondered where some of that money goes, look no further. Below is a list of some of the top projects that the Royal Canadian Air Force (RCAF) is currently funding.

1.) The Lockheed Martin F-35A: the proposed replacement for the Royal Canadian Air Force’s aging fleet of CF-18 Hornets. This has long been a topic of controversy for both Liberal and Conservative governments, but the RCAF has nevertheless pledged $40 billion over the next 36 years to find a suitable replacement.

Canada began the procurement process back in 1997 and signed on in 2002 as a level 3 partner with Lockheed Martin, the American aerospace giant chosen to continue the development of the Joint Strike Fighter, and planned to purchase 65 of the new air-superiority stealth fighters. However due to political factors as well as production delays, the Department of National Defence announced last November that it will purchase 18 Boeing F/A-18E/F Super Hornets as a stopgap measure to bridge the growing “capability gap” in RCAF operations.

Prime Minister Justin Trudeau’s Government has recently opened a competition to replace the CF-18s, and is weighing the F-35 against the other options available from NATO allies. Proponents of the plane argue that the F-35 is the only choice, because it provides superior “first day of the war” strike capability, however critics retort that Canada does not and will not need this kind of capability.

2.) The CH-148 Cyclone: a long overdue replacement for Canada’s troublesome fleet of CH-124 Sea King helicopters, some of which have been in service for 50 years or more. These new helicopters from Sikorsky are designed to perform search and rescue from naval vessels, provide anti-submarine warfare capabilities, and conduct surveillance operations.

The procurement contract was originally signed in 2004 by Paul Martin’s Liberal Government, but Sikorsky was unable to meet the agreed-upon 2008 deadline due to manufacturing delays. As a result, only six of the promised 28 aircraft were delivered in June 2015, with six more on the way in 2018. It is estimated that the helicopter fleet will not be fully operational until 2025, leaving the Sea Kings to make up the difference in the meantime.

3.) Canada’s new fixed wing search and rescue aircraft: the Airbus C-295. The Royal Canadian Air Force has ordered 16 of these planes to replace the current fleet of DHC-5 Buffalo aircraft, some of which have served faithfully for over 50 years. The new planes are expected to enter service within 36 months, and will not need to be replaced for at least 25 years, provided they receive regular upgrades and maintenance.

4.) Lastly, while not an ongoing procurement project per se, the Canadian Government is currently pondering the fate the of the CT-114 Tutor aircraft, currently used by the Canadian Forces Snowbirds aerial acrobatics team. The RCAF is prepared to spend $755 million to replace 25 of these aircraft, which have been in service since the 1960s, by 2020.

However, documents recently obtained by CBC News via an Access To Information Request (ATIR) reveal that the DND is debating whether to keep the planes in service until at least 2025, if not 2030, despite concerns about the safety of the aircraft. Critics of the procurement plan argue that the vast majority of accident occur due to pilot error, and not as a result of failed equipment; that so long as regular maintenance is performed, the airframe can be made to last substantially longer.

More critics of the plan argue that the Snowbirds represent very poor value for the money that is spent on them, and that the planes serve no military purpose other than recruiting.

The Snowbirds have been a symbol in Canada since the 1970s, and seeing them become a thing of the past may be hard to accept for some Canadians. For the time being they shall remain on precarious ground.

This article is part two of a three part series highlighting all of the major procurement projects currently underway in all three branches of the Canadian Forces.