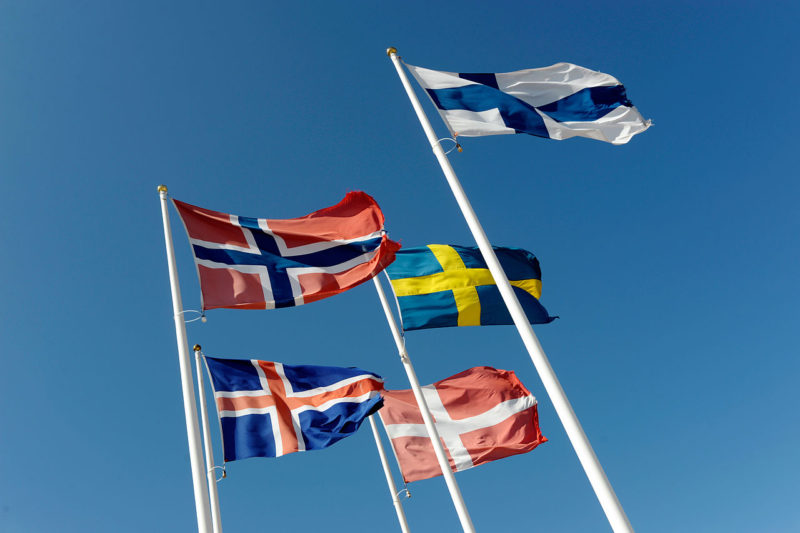 As 2017 looms closer, one wonders how close the Nordic Defence Cooperation (NORDEFCO) is to achieving its 2020 headline goals. As a ‘smart defence’ organization between the five Nordic states (Iceland, Denmark, Finland, Norway and Sweden(N5)), it enables its members to enhance Nordic defence through a pooling and sharing of knowledge and capabilities, thanks to increased joint defence acquisitions and military interoperability. Simply speaking, this cooperation allows NORDEFCO members to do ‘more with less’. By 2020, the five countries should be able to cooperate in complete synergy in five core areas: Capabilities, Human Resources and Education, Training and Exercises, Operations and Armaments.

Whereas cooperation between the N5 dates back to 1952 with the creation of the Nordic Council, the NORDEFCO was created in 2009. Its five members have diverging security doctrines and are part of different defence organizations. Iceland and Norway are two of NATO’s founding members, but are not part of the EU. In turn, Sweden and Finland both abide to a principle of military non-alignment, but are part of NATO’s Partnership for Peace Programme. They are EU members and participate in the Union’s Common Security and Defence Policy (CSDP). Finally, Denmark is a NATO member and part of the EU, but opts out of the CSDP. The NORDEFCO is thus an organization in which member states can freely cooperate bilaterally or multilaterally on various projects despite different defence policy orientations.

Several key achievements in the NORDEFCO’s five areas have been accomplished in the past years. In terms of capabilities, the development of the Nordic Air Transport and Air Surveillance projects (NORTAT & NORECAS) will allow the Nordic states to gain better operational control of Nordic air space once fully operational. Human Resources and Education also progressed in 2015 with the implementation of two courses: a safety officer course and a medical education course. The creation of a Nordic Cross Border Training Exercise and the on-going development of a Northern Flag exercise shows that NORDEFCO is also on the right track in terms of military training. Likewise, the cooperation between the N5 in the area of operations progressed after the establishment of a secure line of communication between NORDEFCO members, along with the signature of an “Easy-Access Memorandum” giving each other land, air or maritime access to their respective territories in times of peace. In the field of armaments, the NORDEFCO is currently working on buying a joint Nordic combat uniform.

In order to enhance regional stability, more particularly in the Baltic Sea, cooperation with neighbouring countries is necessary. To accomplish that objective, the N5 have strengthened their partnership with the three Baltic States, forming the NB8 group. In a joint statement signed in 2015 by the Nordic and Baltic defence ministers, the eight countries pledged to achieve greater collaboration in cyber security and operations, while developing bilateral or multilateral acquisitions of armaments in order to strengthen regional security.

The N5 also seek to increase the NORDEFCO’s cooperation with NATO, by participating in NATO exercises such as the Norwegian Cold Response exercise, or by contributing to NATO missions such as ‘Mission Resolute Support’ in Afghanistan. One of the structure’s ambitious goals for 2020 is also to “develop rapid deployment capabilities to be used for the NATO Response Force”.

Seeing the progress made by the NORDEFCO in the last years, the organization seems to be on the right path to achieving its 2020 goals. The next step is to seek out more ambitious deals and projects in order to enhance the organization’s overall efficiency. For example, once the Nordics will have acquired a joint combat uniform, they must consider obtaining the same military aircrafts, infantry fighting vehicles or infantry weapons. Likewise, the development of regular joint N5 and NB8 military exercises will surely increase military interoperability between the Nordic and Baltic states, thus reinforcing regional stability. In any case, the cooperation between the five NORDEFCO members, despite their different foreign policies, shows us what the defence organizations of the future may look like.