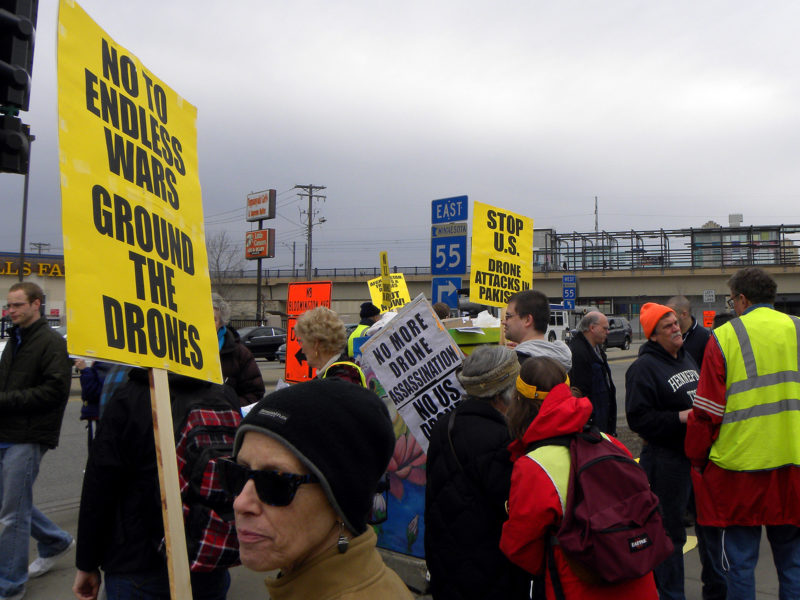 During the 2008 federal election, Democratic presidential nominee Barack Obama based his campaign on the promise of bringing about hope and change. In his first televised speech following the election, U.S. President-elect Barack Obama made a point in highlighting his administration’s goal “to regain America’s moral stature in the world”. Eight years later, we take on the task of evaluating Obama’s counterterrorism legacy, particularly the controversial drone program that has been the centerpiece of America’s so-called ‘global war on terror’.

In an effort to distance itself from the Bush-era actions, the Obama administration officially closed down the CIA’s secret prisons, or “black sites”. In one of his first executive orders as president, Obama outlawed the CIA’s torture program, preventing the CIA from engaging in what international human rights groups like Human Rights Watch and Amnesty International have decried as “cruel, inhuman or degrading treatment or punishment” against detainees. Nonetheless, ‘extraordinary rendition’, the practice of sending suspected terrorists abroad to be held indefinitely and interrogated, with the very real possibility of being subjected to torture in countries where the practice is permissible, continued under Obama. This came as a surprise to several civil liberties groups who were under the impression that he would end such a practice given his July/August 2007 Foreign Affairs article, which was interpreted as a rejection of the Bush administration’s War on Terror policies. The article argued for an “end [to] the practices of shipping away prisoners in the dead of night to be tortured in far-off countries, of detaining thousands without charge or trial, of maintaining a network of secret prisons to jail people beyond the reach of law.”

Once in office, Obama’s pledge to make sure that America’s fight against terrorism was aligned with its fundamental values, principles, and the rule of law fell short on its delivery. Instead, under his administration, the contentious drone program that was initiated under President George W. Bush was largely expanded, with the Bureau of Investigative Journalism reporting in a 2015 study that the Obama administration had carried out approximately 10 times more drone strikes than the previous administration in countries where the U.S. is not at war, like Yemen, Somalia and Pakistan.

While much of the public debate has focused on the legality of drone strikes under international law, in a 2014 White House visit with the president, the Pakistani Nobel Peace Prize laureate Malala Yousafzai expressed a conundrum that has been hotly debated in intelligence circles; is the drone program in regions such as Pakistan “fuelling terrorism” and “resentment” among the inhabitants rather than thwarting future attacks on American soil? Her remarks highlighted one of the administration’s enduring dilemmas, its effectiveness. The secrecy surrounding the internal deliberations on the “kill list”, a list of individuals who are perceived to have ties with Al Qaeda, and the complex classification rules surrounding the program, has led to public speculation on the over-reliance of ‘targeted killings’ as the Obama administration’s main method in its counterterrorism strategy. After what was deemed as a campaign based on the rejection of several of the Bush’s era hawkish security policies, Obama’s counterterrorism and security policies appear to be an extension of his predecessor’s policies, even to the extent of sharing the Bush administration’s view of the ‘world as a battlefield.’

Data by the human rights group Reprieve documents a stark reality, one that indicates that on many occasions, the U.S. government does not have an idea of who it has killed. According to the U.S. government’s official numbers, from January 2009 to the end of 2015, a total of 2,436 people were killed in 473 counterterrorism strikes in Pakistan, Yemen, Somalia and Libya. Targeted killings are ordered against individuals labelled as ‘high-value’ targets by the administration, but oftentimes several attempts are needed before they are successful in eliminating the intended target. Although official numbers of civilian casualties are far less than what independent observers have reported, this practice, while portrayed as ‘precise’, is in effect only as precise as the human intelligence that feeds it.

While the drone program enjoys a surprisingly high approval rating at home, perhaps due to the lack of transparency with the American public, it is highly unpopular abroad. This should signal to U.S. senior officials the need to pay greater attention to the lack of accountability issues surrounding civilian deaths and the perceived dissonance between American values versus their actions abroad.

As Pulitzer Prize winning historian Gordon Wood in a New York magazine piece remarked, the exercise of evaluating Obama’s counterterrorism legacy with a lack of distance is “a fool’s errand.” Nonetheless, it is an important exercise in deciphering the government’s rhetoric versus its policies, in a turn of events in which, under the Obama administration, pragmatism outshone ideology.

Cover Photo: “Protest Against U.S. Wars and Military Drones” (2013), by Fibonacci Blue via Flickr. Licensed under CC BY 2.0.