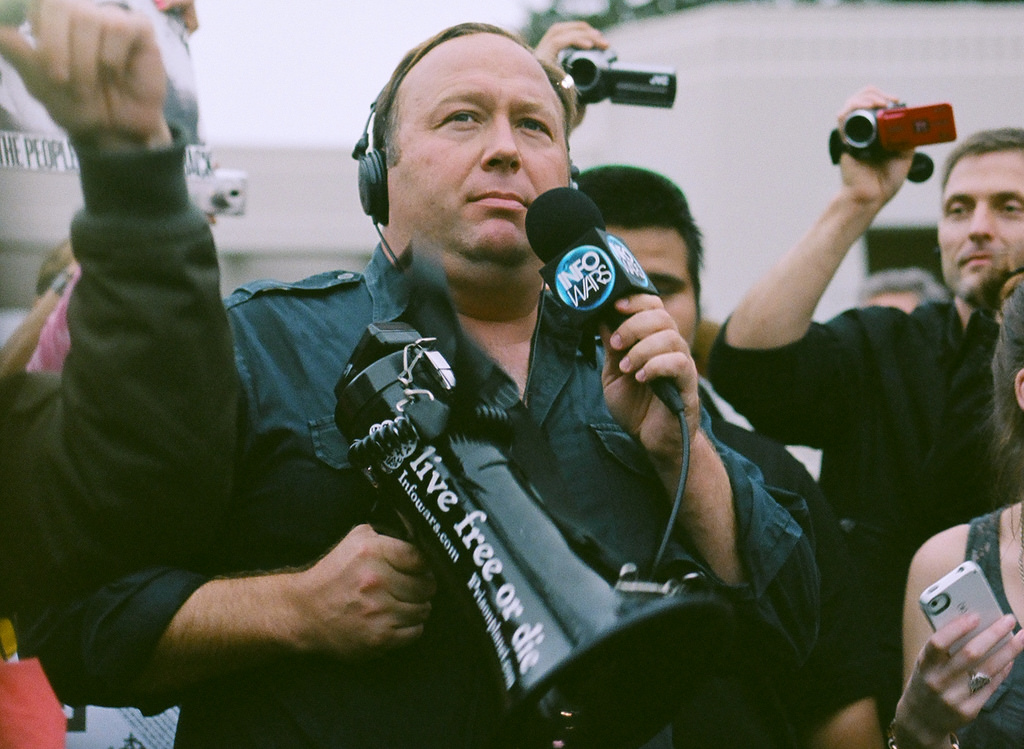 Fantastical ideas about what politicians do behind closed doors are nothing new. However, the 2016 US electoral campaign set a precedent for the reach of such ideas. As conspiracy theories grip public debates, social media amplifies the sense that people are constantly getting misinformation, and while conspiracies and misinformation are not the same thing, there is certainly a connection between them. Both have tremendous influence on how one receives, processes, and puts information together to form a coherent worldview.

It is shockingly easy for someone to fall into a web of elaborate theories. A large body of research suggests it is about control, or the lack thereof, over one’s life.  Social circumstances and identity groups such as race, class, and gender all play a role in determining who is prone to believing what theories: It is, however, important to understand that conspiracies stem from a mindset, and not from a personality or social category. Anyone can be made to feel out of control, as several studies which looked at feelings of control and belief in conspiracies suggest. It is a mindset that stems from a feeling of powerlessness, from the need for an orderly worldview in a chaotic universe.

Conspiracy theories have always been a staple of the American consciousness. In the early days of the US, the public sphere was rife with notions that the Freemasons or the Bavarian Illuminati secretly controlled the affairs of the government. In the Cold War, fear quickly turned misinformation into conspiracy with the rise of McCarthyism, culminating in open accusations that many top government officials were secret communists.

The way social media spreads information creates “the perfect feedback loop” where algorithms for finding information similar to our views reinforce our own biases, and renewing old conspiracies. As information has become a consumer product with social media, unhinged ideas are woven into the package of goods delivered to consumers on a regular basis.

With great potential for exposure, and a willing audience to believe them, conspiracy theories are circulating easier than ever. Scholars estimate about half of the American population believes in some conspiracy about the JFK assassination more than 50 years after his death. More than half believe that the government is withholding information about 9/11.

The kinds of theories that gain traction today have grown more bizarre and concerning. As Charles Homans of The New York Times writes, the 1990s was “the decade in which conspiracism, safely removed from the exigencies of the Cold War and domestic upheaval, became a form of kitschy entertainment.” Misinformation from the media has engaged with the premise that climate change is not real; that pharmaceutical companies (“Big Pharma”) and government agencies are colluding to withhold a cure for cancer; and that vaccinations cause autism, and the diseases against which they are meant to protect us may be a hoax.

Such theories mesh together well into a package that an individual can actively promote. Take, for example, Alex Jones, who in his InfoWars news segments insists that “there is a war on for your mind.” Jones has made a name for himself in his crusade of patriots, who want national sovereignty and freedom, against the globalists, who want to suppress the world’s population. His radio and online broadcasts reach millions of unique visitors monthly.

Another example is David Icke, a multi-millionaire author and public speaker who has sold out London’s famous Wembley Stadium. According to Icke, human existence is controlled not by global political elites, but by reptilian aliens, to whom the former are subservient. Our entire perceptions of reality are controlled by these reptilians, who have built infrastructure (most notably, the moon itself) to keep our minds from seeing the world as it really is.

The success of Jones, Icke, and others like them, has allowed networks of millions of people to form who share such understandings of the world. What binds their disparate theories together is that they focus on moral absolutes: the object is an entity or person that is, as Olga Oksman notes, “unduly evil”, with grandiose aims such as “genocide” or “domination.” This makes it easy to create a villain, to categorically blame a person or group for everything that is wrong with the world. Research has shown that it gets easier to believe more conspiracies after believing the first one, even if they are contradictory (for example, that Osama bin Laden both died before President Obama said he did, and is still alive). Conspiracies foster a totalizing worldview based on flat acceptance or rejection of any new information, not evaluating evidence based on any standard or circumstance.

Conspiratorial worldviews have serious and irreversible consequences for entire populations, not just for the people who believe them. Believing that the government is not telling the truth or that vaccinations are hoax makes people less likely to participate in democratic institutions, social activism, or to vaccinate their children. All of this hurts the development of social capital, resources and networks and connections that are made when new relationships are formed. It endangers public health by allowing the spread of diseases which vaccinations are supposed to prevent.

The resentment of experts and their knowledge goes hand-in-hand with the rejection of democratic values. Conspiracies reject established knowledge and often empower populism and demagoguery. If people feel disillusioned by the status quo, they will be more likely to embrace radical politics or unsubstantiated alternative facts. When the moral landscape is this black and white, few things remain open to debate. This is why, even if the premise that globalists or reptilians threaten human security seems valid, there is no room for individual interpretation of these theories. You have to accept everything Alex Jones or David Icke say, or none of it makes any sense.

The presence of conspiracies in public dialogue, and now in the policy process of the US, demonstrates exactly how a small group of powerful people can take advantage of networks of misinformation or conspiracy theories. Whether anyone likes it or not, these belief systems are spreading. They are influencing outcomes in democratic elections, and enabling attacks on other people based on how they look or what they believe. They may threaten relations between states in the NATO alliance, which operate on the principles of cooperation and consensus, and dramatically alter the landscape of the entire international political system.

Fundamentally, the surge in conspiracy theories in the public spotlight shows the level of insecurity that many people feel at home, in the pocketbook, the family, the workplace, and in the virtual sphere. The 2016 US Election may be a watershed for showing the depths of this cultural phenomenon.