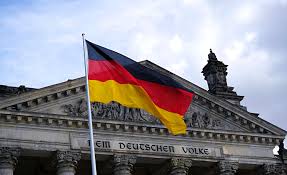 The security and policy of a country has often been dependent upon the global community and has required the responsibility of not only themselves but also their allies. However, with shifting transatlantic relations and uncertainty brooding between countries and international organizations like that between the United States and several NATO allies, the cornerstones of what was traditionally understood as allied protection are now under fire. In recent years, the participation of Germany as a NATO member and the issue of burden sharing has perpetuated tensions amongst many NATO members, specifically in relation to the previously agreed upon military budget amongst NATO allies. In 2014, all NATO members committed to contributing a minimum of 2% of their GDP on military expenditure. Yet, the response from most countries, or lack thereof, portrayed the 2% contribution as hefty and in turn, led to rising tensions between the United States and various NATO members when certain members were unable to commit the full 2% contribution. With Germany’s current contribution sitting at 1.24% of their GDP, the feeble defenses the country puts up are seen as empty promises that will not be met anytime in the near future.

Yet, this is just the tip of the iceberg. The implications behind Germany’s contribution of 1.24% are massive, ranging from issues of allied protection to fractured international relations with the United States, EU, and NATO. Diving into strained relations between Germany and the United States, a 2018 article with the New York Times, U.S. President Donald Trump voiced his stance on the country’s role and military presence globally. His opinion expressed his distaste for countries who were not contributing enough to NATO and emphasized the unsustainability of said military presence in these countries. Furthermore, there were reportedly claims for a large-scale withdrawal of American forces from Germany, a decision that would lead to fundamental changes of traditional European security. President Donald Trump’s constant singling out of Germany not meeting the GDP spending mark, followed with allegations to pull the United States out of NATO if member nations did not boost their defence budgets, is one of the greatest obstacles that both Germany and NATO face in this era of uncertainty.

While the future of German security stands in flux, that is not to disregard the progress Germany has made in terms of contributions to the global community in other facets. Some in-kind contributions to support U.S. troop presence, although to U.S.’ dismay and discontentment, include giving land, infrastructure, construction, duties, and taxes. Other contributions highlighted by the Financial Times are “diplomatic and peace initiatives, financial support for multilateral organizations and the readiness to take refugees from crisis countries”. Although when compared to international standards of defence spending, Germany’s contribution is seen as low, German officials alluded to the sharp increase in recent years, referring to a €43.2bn increase post-Russian invasion of Crimea in 2014, and a large military muscle presence through German deployments around the world. There is still however, a great length to achieve the 2% commitment from NATO members.

In the meantime, German governance offered varying reasons for an incomplete GDP contribution. Jan Techau, senior fellow at the German Marshall Fund of the United States, spoke to the Financial Times about Germany’s perceived lack of involvement in the global realm. Techau referenced historical reasons as to why Germany might not be investing as much in military domains. His reasoning is phrased along the lines of an overall lack of confidence in their own investments and intentions, primarily due to their role in one of the greatest “civilizational [ruptures] in history”. As such, this is also indicative of Germany’s overall political culture; one that is focused on cautious action and consensus and an attitude often exhibited through German Chancellor Angela Merkel’s decisions for the country. What can be viewed as a reluctant stance towards decisions is one that is predicated with an acknowledgment of historical mistakes and intentional investment in other aspects of the global community.

Whether or not the baby-stepped approach Germany is taking towards security and major political decisions is sustainable will soon be evident in its own national stability and international relations with other countries. The decisions made now and in the near future offer indefinite space and potential to go in any direction as it so pleases, putting great pressure on Germany and its leaders to be well-informed and ready for the next era of German security and foreign relations.