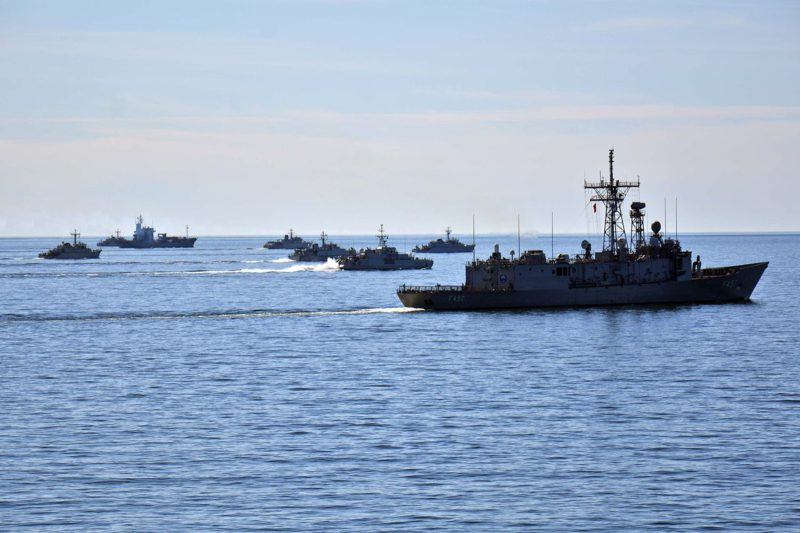 In 1890, the American strategist Alfred Thayer Mahan stated that “Control of the seas by maritime commerce and naval supremacy . . . is the chief among the merely material elements in the power and prosperity of nations’’.* With the advent of Anti-Access and Area-Denial (A2/AD) strategies, a state may now control the sea to the detriment of its neighbours. Any power projections from the sea can be severely limited and access to an area may be restricted for both warships or commercial shipping. In the Baltic Sea, Russia has the possibility of implementing an A2/AD strategy through the deployment of various missile systems in the Kaliningrad exclave. This would hinder any NATO intervention in the region and harm neighbouring countries.

The Baltic sea is a body of water surrounded by Sweden, Denmark, Finland, the Baltic states, Russia, Germany and Poland. Maritime trade in the region commenced in the Middle Ages, and the same trade routes are still used today. In 2008, Baltic ports handled more than 800 million tons of cargo. Some countries surrounding the Baltic sea are particularly dependent on it for trade. For example, 90% of Finnish trade exports and 80% of its trade imports come through the Baltic sea.

Out of the countries with direct access to the Baltic sea, six are part of NATO (Denmark, Germany, Poland, Lithuania, Estonia and Latvia). Militarily non-aligned Sweden and Finland also have access to the sea, and so does Russia through the Kaliningrad exclave and the Gulf of Finland.

All these states are militarily present in the Baltic Sea thanks to their navies, which ensure both their defence and the protection of their shipments. There is no naval hegemony in the region, unless one considers the combined NATO countries’ navies. The Baltic states, even though they have quite small fleets, have a few coastal combatants and specialize in mine warfare and mine countermeasures. The Polish Navy, which is undertaking a full modernization set to end in 2030, currently has five submarines, two frigates and twenty-one mine warfare and mine countermeasure vessels. The German Navy operates a total of fifteen surface ships and five submarines, and its Danish counterpart has three destroyers and four frigates.

The Russian Baltic Fleet, based in Kaliningrad and Leningrad, is much smaller than the Alliance’s. It is made up of one tactical submarine, two destroyers and six frigates, twenty-three coastal combatant vessels, twelve mine warfare and mine countermeasures units along with thirteen amphibious ships.

Finally, the Swedish Navy is well equipped with six submarines, twenty-one patrol and coastal combatants, and 140 amphibious vessels. It is also set to acquire new A26 submarines by 2022. Comparatively the Finnish Navy seems quite feeble, but it will obtain four ice going off-shore operating vessels by 2020.

The Kaliningrad exclave, part of Russia since the end of the Second World War, may allow the latter to deploy an A2/AD strategy, thus disrupting the current balance of power in the Baltic Sea. Currently armed with S-400 air defence system missiles and nuclear capable SS-26 Iskanders, with respective reaches of approximately 400 and 500 kilometres, Kaliningrad could control the passage of ships and planes in the Baltic Sea. The recently deployed K-300 Bastion anti-ship missile systems, with a reach of 300 kilometres, also render local navies and maritime vessels particularly vulnerable. If these missile systems are used in the framework of an A2/AD strategy, it would cause a disturbance of Baltic maritime trade and impede NATO power projections. An intervention in an assailed NATO country would prove to be extremely costly for the Alliance, and its success uncertain.

A need for increased transparency

Since Russia’s oil exports transit through the Baltic Sea and Danish Straits, and the Kaliningrad exclave is surrounded by NATO countries, implementing an A2/AD strategy in the region could backfire on Russia. NATO navies could blockade Russian oil exports while countering the actions of its Baltic fleet outside the reach of Kaliningrad’s missiles. Thus as an A2/AD strategy would automatically lead to a conflict escalation with NATO and the European Union, it will only be put in place in case of extreme tension. Increased transparency and well calibrated deployments of NATO forces may prevent such a situation from arising.

At the same time, NATO must develop counter A2/AD strategies as it is likely it will have to face the latter at some point. Using new technology such as fifth generation stealth aircrafts or Cooperative Engagement Capability (CEC) systems provides a temporary solution. In terms of the Baltic Sea, interoperability between the different NATO fleets in the region may allow better strategic control of the area and a quick response if an A2/AD strategy is put in place. Increased cooperation with Sweden and Finland, both in terms of military assets and bases may also help the Alliance counter an A2/AD strategy more effectively.

A direct confrontation between NATO and Russia in the Baltic sea seems unlikely in the medium term. However, opacity regarding naval operations, military accidents, uncalibrated deployments of forces or exercises too close to Russian territory may lead to increased tensions. Therefore, while the Alliance stands firm to protect its eastern flank, it must also seek to increase transparency with Russia while preparing itself to counter an A2/AD strategy.

**All numbers come from the IISS document ‘The Military Balance 2016’, published on February 9th. Pay-for-access articles can be found here.