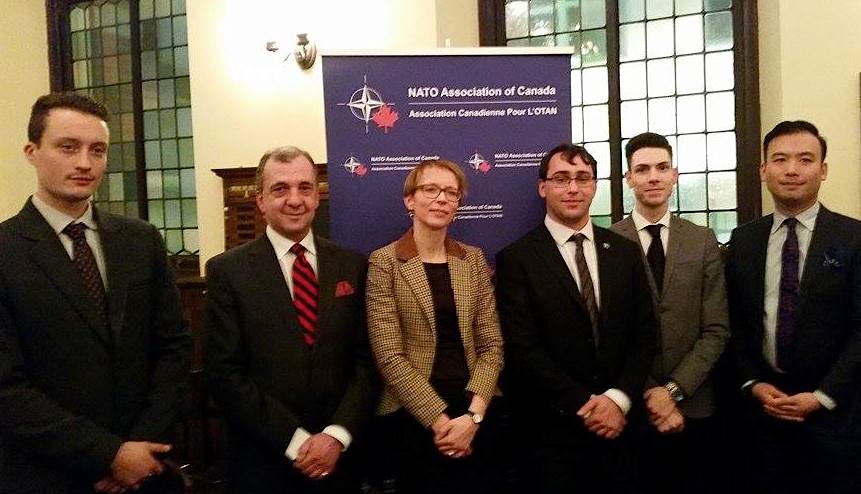 On January 7, 2016, the NATO Association of Canada (NAOC) had the pleasure of running a panel entitled NATO, Russia and the Future of Scandinavian Defence. Taking place at the University Club of Montreal, the panel brought together a variety of experts to discuss and interpret current security issues in Northern Europe, and their possible ramifications to Canadians. The NAOC is supremely grateful to the three speakers who volunteered their time to participate; Mr. Ian Litschko, a Russian Security Issues Scholar, Colonel George Petrolekas, a former Canadian Forces Strategic Advisor, and Ms. Else Kveinen, Minister Counsellor and Deputy Head of Mission of the Norwegian Embassy in Canada.

The idea for holding such as event was conceived in the aftermath of Russian incursions into Eastern Ukraine in 2014. Along with Ukraine, the Baltic States were a less than enthusiastic part of the Soviet Union for five decades, while Finland lost territory to the Soviet Union during the Winter War (1939-1940) and Continuation War (1941-1944). Blatant Russian aggression in the 21st century has raised fears in the Scandinavian states that they may be next on the Kremlin’s list. With Estonia, Denmark, Norway, Latvia and Lithuania all located close to this potential flashpoint, the chance of Canada becoming involved in a NATO joint operation has significantly increased. Therefore, the NAOC judged that an event bringing this issue to the public, especially academic and media circles, would be beneficial and well within its mandate.

Despite a particularly cold and rainy Montreal night, attendance was high. This included students from Concordia and McGill Universities, members of the Montreal Press Club and the Icelandic Consulate. Speakers oriented their presentation towards their own areas of expertise and professions. Mr. Litschko spoke mainly on Russia’s overall strategic motivations and paranoia, expanding on a graphic showing the deployment and modernization of Russian Armed Forces in the Arctic and on the borders with Finland and the Baltic states. Col. Petrolekas spoke extensively on Canada’s contributions to NATO missions and exercises with Scandinavian states, also giving personal memoirs on experiences serving on the ground alongside Norwegian armed forces. Finally, Ms. Else Kveinen spoke extensively on Norway’s interests in the Arctic, its commitment to continued participation with NATO exercises, and future challenges regarding governance of the Arctic.

Audience participation was very high, and the speakers were posed several challenging questions. Topics ranged from historical NATO expansion as provocation, nuclear deterrents to a larger war, and future initiatives for Arctic stewardship and the possibility of working alongside Russia. The NAOC wishes to thank the University Club of Montreal, the Montreal Press Club, the Prince Arthur Herald, and once more, the three speakers for giving their time to important events such as these.