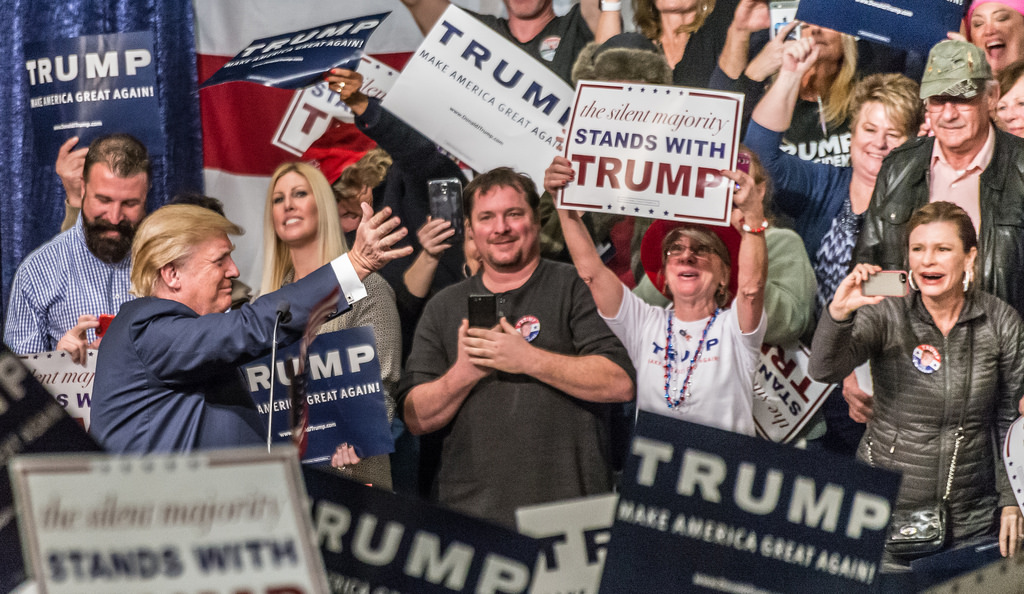 President-elect Trump, after officially being declared victorious, took the high ground by thanking Hillary Clinton for the hard work that she put into the campaign. He then spoke of the hope for unity after what proved to be an incredibly divisive election campaign.

It was to be expected that he would immediately speak in a more moderate tone. Trump’s populist strategy of capitalizing on voter discontent worked. The election has been won. Now he can begin adopting a truly Presidential demeanour before his term officially starts in January 2017.

It can be sensed however that many of America’s other allies, though appearing gracious and promising to work with the new President, are not so sure that his victory could be beneficial for global peace and stability, and especially for their governing political parties’ own futures.

In addition, Trump’s victory immediately raised concerns about the course that American foreign policy will take over the next four years, especially in Eastern Europe. Many have accused Trump of being too friendly with Putin and this has raised fears about how and if America would respond to increased Russian aggression in the Baltics and Balkans.

It goes without saying that American interests, especially economic, are closely tied with a strong European alliance; it is therefore unlikely that Trump would simply open the door to Russian expansion. At the same time, his reiterated belief that America’s economic and military resources should serve the needs of Americans first, not those of foreign governments, worries Europe. Many countries within the NATO alliance in particular share this same fear.

Although it is too early to tell, Trump’s earlier campaign rhetoric does raise serious questions about how transatlantic alliances could change (especially because of the repeated claim that many countries are not paying what they are supposed to pay).

Quite significantly, what are the ramifications in a post-Brexit and Trump world for the French and possibly German elections of 2017?

Based upon the results in Britain and the U.S, it can be reasonably inferred that voters are no longer paralyzed by fear or doubt. The impossible has happened. This sentiment for change may very well carry into the coming European elections next year.

Many consider France to be the next government in line for significant political change. It has the unfortunate ingredients of racial tension and economic stagnation, only worsened by the destructive terrorists attacks it has seen over the past year, which have created a recipe for widespread discontent. Moreover, the far-right has spent several years in evolution and adaptation in order to appeal to the broad base of voters it needs to win the presidency. Still, many political elites laugh at the prospect of people like Le Pen ever leading a national government. Polls show that they may be wrong.

In Germany, Merkel’s appeal has been declining. Though it is still too early to say, and highly unlikely that the far-right will form the next government, there is no doubt that it has been making significant inroads.

Much like the American election, it remains difficult to accurately gauge public opinion. Many people are silent for fear of the social and economic repercussions. But that fear evaporates once they have the opportunity to voice their opinion in a secret ballot.

It time to shed the  “it could never happen” mentality that has led many Western governments to be complacent and neglect the concerns of their electorate. Although it is not Armageddon, the political establishment has been dealt blow after blow over the past few months. Governments must take note that connections to powerful corporations and celebrities does not guarantee continued power; at the end of they day,  they must answer to the people.

NATO has also been taking note. It is important that NATO continue to explain, in an impartial and fair way, that it can be relevant to the farmer in Montana, the recent college graduate struggling to find employment, or the factory-worker who doubts the benefits that globalization claims to bring. After all, any electorate would want to see that money not going to repairing hospitals, crumbling highways or failing schools, is still benefiting it by contributing to the infrastructure of global security.