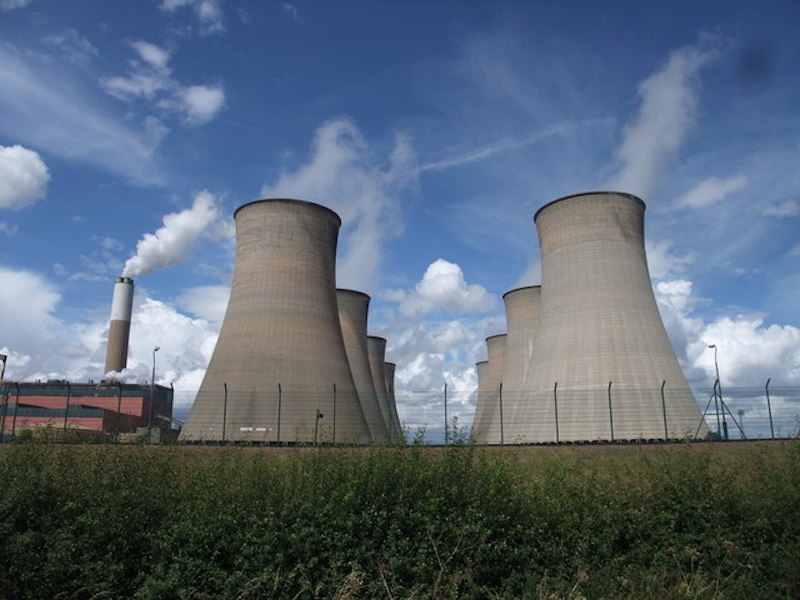 Last month the Canadian government unveiled a new energy policy to fulfill Canada’s commitments to reduce greenhouse gas (GHG) emissions. The plan mandates that all Canadian provinces and territories put a price on carbon pollution by 2018, with a floor price set by the government to help Canada reach its targets. The government proposes that pricing should start at a minimum of $10 per ton in 2018, rising to $50 per ton by 2022.

All provinces are expected to participate, and have a choice of either a cap-and-trade model or a carbon-pricing model. In a cap-and-trade system, the government puts a limit, or cap, on the overall level of carbon pollution from an industry and reduces that cap year after year to reach a set target. As the cap decreases, polluters that exceed their emissions quota are then forced to buy unused quota from other companies. In a carbon fee model, a tax is placed on GHG pollution, mainly from burning fossil fuels. A carbon tax puts a monetary price on the costs imposed on the economy by greenhouse gas emissions. The price to pollute sets an economic incentive to reduce emissions.

Reaction to the proposal was mixed. Environment ministers from Nova Scotia, Newfoundland and Labrador, and Saskatchewan all reportedly left the meeting in Montreal to protest against the announcement. British Columbia and Alberta both set a price on carbon, and Quebec and Ontario have implemented a cap-and-trade system.

1. What about the provinces that already enforce carbon pricing?

Quebec, Ontario, Alberta, and British Columbia already enforce carbon pricing. These jurisdictions have planned to implement a policy and target when it was most suitable for them. A mandated carbon plan may create unnecessary pressure on an already vulnerable economy.

For example, Nova Scotia’s Premier Stephen McNeil argued that the citizen of Nova Scotia already pay more for power—due to the quick transition away from coal-fired power generation to renewable energy such as wind. Since 2005, electricity prices have risen 62%, and are now the highest in the country. It is also the only province that has already met the federal government’s emissions targets—Nova Scotia has reduced GHG emissions already by 30% below 2005 levels, way before the 2030 deadline.

Newfoundland recently implemented an increase to its gas tax, and a national carbon tax would heavily affect costs.

2. Are there considerations to deter “carbon leakage?”

Carbon leakage occurs when companies move their production abroad to countries with less ambitious climate measures, which ultimately results in a rise in GHG emissions.

For example, the B.C. carbon tax does not address the potential for carbon leakage, which results in higher global emissions and more jobs lost in Canada. The Government of Canada claims that carbon pricing policies should minimize competitiveness impacts and carbon leakage, especially for trade-exposed sectors, but the recent carbon plan does not explicitly address this.

Norway, a country aware of the non-renewable nature of its petroleum, managed its oil and gas industry to remain competitive through long term government planning. Government legislation called the Act of 21 June 1963 was implemented to manage the resources on the continental shelf, and has most recently been updated to the Petroleum Act, which protects fisheries, communities, and the environment.

An integrated petroleum company was funded while an official Directorate was established to reap the benefits of oil through “prudent resource management.” Finally, Norway has invested its petroleum dollars to sustain other industries, such as fish and seafood exports.

If carbon pricing is implemented in all jurisdictions, the government must find ways to remain globally competitive. This leads to the next question.

3. How can Canada find a balance between the economy and environmental responsibility?

Alberta’s Premier Rachel Notley has said that she will oppose the federal carbon-tax plan until progress is made on a pipeline from the Alberta oil sands to an ocean port. The Alberta government argues that this is the only way to sustain Canada after the oil price crash, and uphold costs of a carbon price of $50 per ton.

For some, this may embody the phrase “one step forward, two steps back.”

Prime Minister Trudeau has expressed a willingness to build pipelines in order to achieve the economic targets the government has set. However, members of environmental groups believe that building pipelines is simply incompatible with Canada’s greater climate change commitments. Is mandating a carbon price for Canada simply a way to move forward with building pipelines?

In September, the Petronas LNG facility was approved with 190 conditions, drawing a critical eye towards Prime Minister Trudeau, critics have called it an “unmitigated environmental disaster.” This is a far cry from the carbon price policy, in which the ultimate goal is to make Canada’s GHG commitments a reality. Again, the balance between economic prosperity and environmental commitment is largely ambiguous and challenging for policy-makers.

5. Bonus: Will a patchwork of carbon policies across Canada result in the ultimate goal of reducing emissions by 30% below 2005 levels?

Canadian provinces have long since been divided in a number of ways—provincial healthcare differs per province, funding is unequal, and budgets shift and change. How can the different jurisdictions in Canada find a way to reach a national goal when the implicit prices of the carbon fee affect Canadians? The Financial Post outlined a number of “hidden costs” from carbon prices, such as switching from coal to gas power, fuel taxes, tariffs, and subsidies. Whether these will be addressed so Canada can create a uniform track to its emissions target is still up in the air.