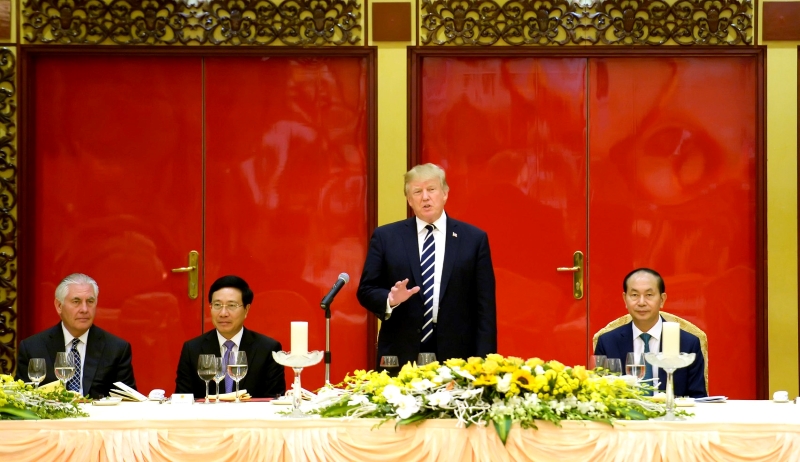 While anyone can attest to the irritability that comes with an empty stomach, new information suggests that the benefits of food on diplomatic talks extend far beyond satisfying a particularly hungry political figure. A recent study that explores how sharing food can influence cooperation has recently gained considerable traction in the wider political community. The study, conducted by Kaitlin Woolley of Cornell University and Ayelet Fishbach of the University of Chicago in Psychological Science, concluded that “people eating from shared plates (i.e., a Chinese-style meal) cooperated more in social dilemmas and negotiations than those eating from separate plates.” Not only does this provide a useful tool for conflict negotiators to make use of, but it also draws attention to the soft skills and empathetic considerations that should be part of a truly collaborative diplomatic process.

Wooley and Fishbach’s research indicates that shared-plate style meals encourage cooperation amongst negotiators, including strangers (as opposed to just allies). Per their abstract, “sharing food from a single plate increased perceived coordination among diners, which in turn led them to behave more cooperatively and less competitively toward each other, compared with individuals eating the same food from separate plates.” This is not to say that bringing a casserole to a combat negotiation will guarantee a successful outcome. Rather, it seems suggests that symbolic and physical actions that bring parties together and create the goal of sharing can have a positive influence on their mindset.

More broadly, food has been found to be a way of bringing people together and encouraging cultural understanding. As evolutionary anthropologist John S. Allen explains, the smells and tastes of foods form emotional connections within our minds. Those connections then re-emerge throughout our lives as we re-encounter the foods we are familiar with, or which have elements we can relate to. Furthermore, exposure to the foods of other cultures has been found to increase levels of comfort and empathy with said cultures, particularly when we find relatable smells, sensations, and flavours within hitherto foreign foods.

The empathetic and emotional effects of food have not gone unnoticed by political actors. Countries from Denmark to Malaysia have launched information campaigns promoting their cuisine abroad in order to increase their international cultural status and bolster tourism. More pointedly, restaurateurs and social campaigners have launched movements such as “Conflict Kitchen” a takeout restaurant in Pittsburgh which prepared foods from states currently in conflict with the United States. Clearly, the open-mindedness encouraged by exposure to foods from other cultures has already been applied to the world of politics.

The presence of cuisine in the international political sphere is obviously not limited to the hard benefits of specifically eating food. Broadly speaking, the sharing of food is one of many ways to participate in and engage with other cultures, thereby increasing mutual understanding and enforcing the act of cooperation. As has been demonstrated, this can occur amongst entire populations, as the spread of foreign cuisine familiarises the culture of said cuisine. In diplomacy, food can act likewise, facilitating the act of sharing and cultural exchange. Additionally, Wooley and Fishbach’s study shows how exchanges that require the act of cooperation are more effective, further proving the effect of genuine, ‘other-regarding’ actions that promote mutual empathy.

Diplomats and conflict negotiators should make use of Wooley and Fishbach’s research in their work as they strive towards successful talks. But the true value of the study would be lost were it simply read as a results-based negotiating technique. The viability of shared food points to the wider reality of diplomacy, namely that truly fruitful dialogues should aim to establish not just one-sided results, but ideally the seeds of a genuine relationship. For long-lasting partnerships to be forged, compromise and cooperation are required. To that end, a good meal seems like a fine place to start.

Featured Image: President Trump delivers remarks during a state dinner in Hanoi. Despite the pomp that usually accompanies such dinners, recent studies highlight the comparative value of family-style meals. By the U.S. Department of State via Flickr. Public Domain.