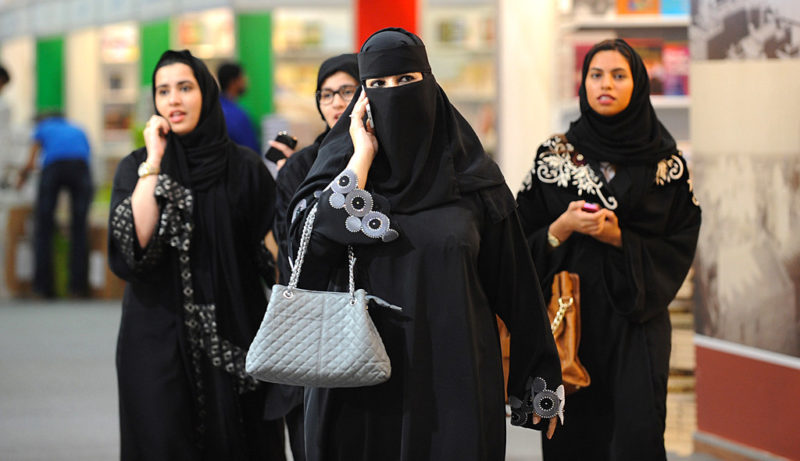 The case of Rahaf Mohammed, who risked her life to flee Saudi Arabia in January, reminded the world that women in Saudi Arabia suffer from tremendous amounts of abuse and are willing to risk their lives in order to escape from violence at home. Women’s rights in Saudi Arabia are extremely limited compared to those of other countries. The World Economic Forum’s 2018 Global Gender Gap Report ranked Saudi Arabia 141 out of 149 countries for gender parity. Nevertheless, Saudi Arabia was elected to the U.N. Commission on the Status of Women for 2018–2022, a decision that has been heavily criticized across the world.

In Saudi Arabia, every woman is required to have a male guardian (either a blood relative or a husband). Without the permission of the guardian, women cannot travel, receive education or employment, open a bank account, undergo medical procedures, conduct official business, or marry and divorce. This practice is a form of control. In 2015, the Saudi Government released an app called Absher which allows men to track women and prohibit them to travel through airports. Apple and Google have been criticized for continuing to keep this app in their online stores.

Saudi Arabia enforces gender segregation in order to keep women away from contact with men who are not members of their family. Women who are seen socializing with unrelated men can be charged with committing adultery or prostitution by the religious police. Public transportation is segregated, with women required to sit in the back of vehicles. Restaurants are also segregated, with women confined to lower-quality family sections as are public places such as beaches and amusement parks. Private homes have different entrances for men and women. Most importantly, education is also segregated at all levels, with women receiving lower-quality education and fewer opportunities.

In addition, the state imposes strict restrictions on women’s dress, requiring women to wear full length abaya. In 2017, a woman appearing in a snapchat video was arrested for wearing a short skirt. In Saudi Arabia’s courts, the testimony of a woman is worth half that of a man, creating obvious difficulties for women wishing to report sexual harassment or assault. Finally, Saudi Arabia was the last country in the world to allow women to drive in June 2018.

The individual cases of women fleeing Saudi Arabia provide us with important insights regarding the inner workings of the country. In January 2019, Rahaf Mohammed decided to flee her abusive family while being on a vacation with them in Kuwait. She took a plane to Bangkok, where an undercover Saudi official seized her passport. Rahaf barricaded herself in the airport hotel and eventually managed to receive asylum in Canada.

This is what she said about her experience of living in Saudi Arabia, describing the abuse she suffered after cutting her hair: “I was exposed to physical violence, persecution, oppression, threats to be killed. I was locked in for six months . . . I felt that I could not achieve my dreams that I wanted as long as I was still living in Saudi Arabia.” Rahaf managed to escape; however, not every brave Saudi woman has been as lucky as her. For example, in 2017, Dina Ali managed to escape to Manila but was tracked down by her two uncles who forcefully brought her back to Saudi Arabia.

In May 2018, several arrests of anti-male guardianship activists took place. In response to that, the Canadian Minister of Foreign Affairs, Chrystia Freeland, tweeted against this action. This instigated a harsh Saudi reaction of cutting political and economic ties with Canada. In order to improve the situation of Saudi women, Canada and its NATO allies have to keep pressuring Saudi Arabia to improve its abhorrent human rights record. This can come in the form of the aforementioned critical tweets of Freeland or Germany’s decision to not sell arms to Saudi Arabia anymore. NATO allies have to stand united against Saudi Arabia; this is something that has not happened during Canada’s altercation with the Kingdom, with many allies allowing money to take precedence over human rights. NATO members must make clear their commitment to democracy and women’s rights by holding Saudi Arabia accountable for its egregious violations.