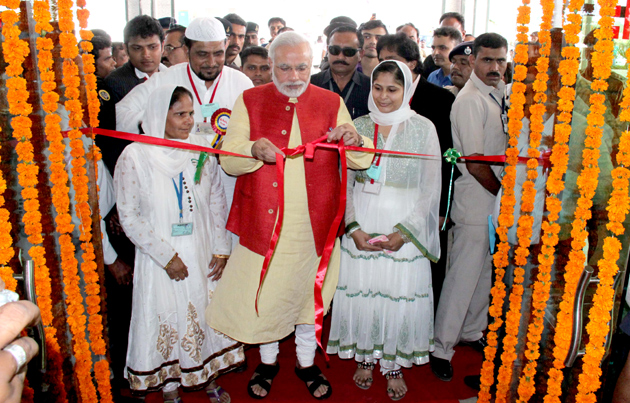 The legacy of Gujarat for Modi

As the previous article stated, the 2014 landslide election of Modi was driven principally by economic aspiration. The success of the Gujarat state seemingly allayed concerns that may have existed within the Indian electorate regarding the BJP’s Hindu agenda. However events that occurred in Gujarat state in 2002 provide context as to why concerns exist regarding Modi’s limited approach to dealing with extremist elements.

The Gujarat riots of 2002 provide a very disturbing episode of Hindu nationalist violence that occurred while Modi was Chief Minister. On February 27 2002, the Sabarmati Express train carrying Hindu pilgrims from Ayodhya was halted in Godhra by a Muslim mob. The events that followed have been the subject of contradictory investigations by both the Congress party and the BJP, but evidence suggests that 140 litres of petrol was used to set the train ablaze. The subsequent inferno killed 59 passengers, the vast majority of whom were Hindus.

The following day, Modi declared the attack an act of terrorism, and not an incident of communal violence by speculating Pakistani ISI involvement. The bodies of the victims were then allowed to be paraded through the streets of Ahmedabad. Over the course of the day one of the worst sectarian pogroms in recent Indian history occurred. Coordinated attacks by Hindu mobs against the Muslim community began with mass rapes, beheadings and lynching’s of over 1,000 people, including pregnant women and children. In a single day, over 20,000 Muslim homes and businesses were destroyed and 360 Mosques were torn down. Over 2,500 people were injured and 150,000 displaced.

The riots were brought under control within 72 hours but Modi’s slow reaction was heavily criticized.

Allegations of incitement were placed before the BJP party, which then governed the state of Uttar Pradesh. Criticism was also levelled at the World Hindu Council, a sister organisation to the BJP with links to the wider Hindu nationalist movements in India. However, in three separate rulings in 2011, 2012 and 2013, the Indian Supreme Court chose not to prosecute or attribute blame to Modi as Chief Minister. Nonetheless the 2002 Gujarat riots were invariably linked to Modi’s governance. The United States, United Kingdom and other western governments placed travel restrictions on him in 2005 that were not lifted until 2013, ahead of the 2014 election.

The Gujarat riots continue to colour the perceptions of Modi. There are concerns that mistakes made in 2002 are being repeated. As in Gujarat, Modi as prime minister is unable or more worryingly, unwilling to act on the issue of extremist elements within the BJP ranks.

Following the removal of travel sanctions and in the aftermath of his election victory, Narendra Modi has traversed the world, seemingly seeking to legitimize himself in the eyes of both Indian domestic opinion and the international community. In the space of 15 months, Modi has hosted 21 foreign heads of state and government and travelled to over 25 states including Bhutan, Canada, Australia, Sri Lanka, France, Germany and the UK. Modi has sought close engagement with China, the United States and Japan.

His courting of key Western leaders such as Barack Obama suggests Modi is heavily invested in rehabilitating his image as an international pariah and seeks to deliberately distance himself from the events of 2002. Instead, he seeks to portray himself internationally as the face of a modern and business-minded India, and he is using the Indian diaspora to achieve this. Modi spoke to over 18,000 at New York’s Madison Square Garden, 50,000 at Dubai’s cricket stadium, and over 60,000 at London’s Wembley stadium.

The image of Modi addressing massive crowds achieves two important goals. Firstly it highlights the stylistic differences from his predecessor Manmohan Singh who was a quiet academic. Secondly Modi projects a power and stature and receives an endorsement by the affluent Indian diaspora that few western politicians can muster and even fewer can ignore. The fact that British Prime Minister David Cameron chose to address the Wembley rally, likewise President Obama’s reported eagerness to engage with New Delhi suggests that Modi has seemingly been successful in linking his own image with that of India.

However there are risks. The rise of Hindu nationalist sentiments threatens to undermine this and Modi surely knows this. The Gujarat riots have not been forgotten. With Modi focussed so heavily on drawing international finance and investment to India, as well as rehabilitating his own image, he risks making the same mistake as 2002 in not acting on Hindu extremist elements. His inaction on the question of Hindu extremist groups endangers India’s international reputation as a pluralistic democracy, damaging its economic prospects and bringing to India a Gujarat model that no one wishes for.