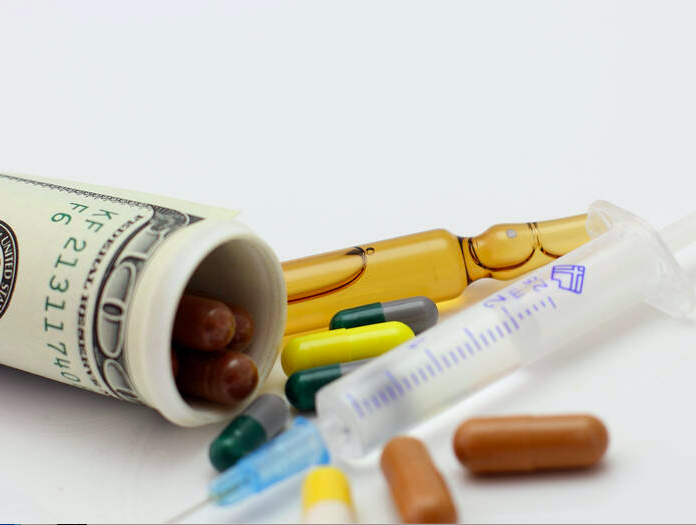 COVID-19: Whose Health Is Most At Stake?

A Brief Introduction to Health Security

Security, in a very traditional sense, is narrowly focused on militaries and states.  In recent years, however, there has been an expansion of the idea of what “security” encompasses, whereby issues that were not usually considered to be a security concern have now been included in its conceptualization.  Issues such as the environment, health, technology, and the economy are just a few that are regularly encapsulated in today’s security-related discussions.

A security threat, generally, is something that must be deemed as posing a danger to either an individual or a state. Defining a ‘security threat’ allows governments and international organizations to deal with them using more drastic measures that they would not otherwise utilize or have the right to utilize. Health risks, for example, fall within the classification of posing a threat to the state and individuals, as they can cause illness, disability and death in individuals while disrupting entire populations, economies, and governments at the macro level. As such, the term “health-security nexus” is often used to exemplify the relationship between health and security.

Labelling something as a security threat can be problematic because of the enhanced powers that states can often claim as a result of this designation. There are arguments against the idea of the health-security nexus, as some believe that health risks are unfairly dealt with in both academia and politics.  While the arguments for and against health security as a concept can be discussed in greater depth, it is important to recognize that measures taken in the name of health security are not always as benign as they may sound.

The global spread of COVID-19 had brought the issue of health security to public attention in unprecedented ways. COVID-19 has caused countries to shut down everything non-essential, economies have gone from pillars of strength to almost depression-era fragility, death tolls have soared, borders have been closed and health care systems have been pushed to the brink of failure.  Until such time as a vaccine becomes widely available, there is no end in sight for these global disruptions.  While the pandemic has been truly global in nature, it is evident that there is a very wide gap in both the coverage of how it has affected various countries and how, in turn, their local governments plan to deal with this pandemic. As tensions grow internationally and domestically in light of COVID-19, the additional socio-economic, ethnic, cultural and religious disparities that exist throughout society heighten the question “whose health is most at stake when it comes to health security?”

At a time where, generally, there is talk of solidarity and unity during this pandemic, it seems as though there is still very little focus where developing countries are concerned. Throughout the COVID-19 pandemic, the primary focus in mainstream media has been on more developed countries, such as the United States, Canada, the United Kingdom, Italy, and China. Though all of these countries have been affected by COVID-19, they are not the only countries facing this pandemic.

The media has also chosen to focus on the health and actions of world leaders such as the United Kingdom’s Prime Minister, Boris Johnson’s, contraction of the virus and Donald Trump’s COVID-19 remarks in recent days, as opposed to discussing escalating death tolls and the effect that COVID-19 has had on countries such as India, Iran, Turkey, and many others across Africa and Asia. While most media outlets often focus on stories that are most relevant to their country of origin, today’s highly integrated global economies would benefit much more if the news included greater attention to what is going on throughout the world. By leaving out a great portion of society, it is evident that the world continues to prioritize the more developed countries when it is often the marginalized populations that are affected far worse.

Since the COVID-19 pandemic began, there have been numerous stories of countries sending aid to other countries, but this has mostly been happening between allied nations, and developed countries. On the other hand, developing countries are being relegated to deal with COVID-19 on their own, often being hindered in their abilities to have their people stay home in comfort or even wash their hands sufficiently due to poverty, dirty water supplies, war, lack of technology or infrastructure, and high-density population areas.

Where health security is concerned, there is an obvious disconnect between the need to deal with health-related risks and treat them as a security issue when it comes to countries outside of Europe and the West. While there has been a massive focus on the impact that the Coronavirus has had in the United States and Italy, for example, this has not been the case for many developing countries. The lack of coverage in the media for developing countries during the COVID-19 pandemic is evidence that health security remains highly politicized.

While media coverage relating to the spread of COVID-19 is one way in which the discrepancies found in the idea of global health security can be recognized, another troubling disparity can be found in the realm of policy. One of the most alarming discussions about developing countries and the COVID-19 pandemic has come from the research director of France’s National Institute of Health and Medical Research, Camille Locht, and a French doctor by the name of Dr. Jean-Paul Mira.  During a segment on French television, Dr. Mira suggested “Should we not do this study in Africa, where there are no masks, no treatments and no ICUs?” and went on to say, “… a bit like it is done for some studies on AIDS, where with prostitutes, we try things because we know that they are highly exposed and they don’t protect themselves.” Locht, in the same vein, agreed with Dr. Mira and explained that “We are in the process of thinking about a study in Africa.”

These remarks suggesting that Africa be used as a testing lab are not unique to these two individuals alone, but can also be related to deeper issues of colonialism and ongoing inequality between developed and developing countries. Creating a vaccine for the Coronavirus has undoubtedly been discussed as the only way to stop its spread and to have its impact diminished, however, the ultimate goal of this is to prevent the further loss of life from this pandemic. With Locht and Dr. Mira suggesting that doctors and healthcare professionals use people in Africa as a means to test vaccinations, the troubling implication is that people in developing countries are perceived as more ‘expendable’ than those in developed countries. The abhorrent idea to test vaccines on people who have fewer ways to protect themselves against a potentially deadly virus that is spreading at a rapid rate, again, goes back to the question of whose health is most at stake when it comes to health security. The suggestion by Locht and Dr. Mira, though it has been widely admonished, reflects that the health of wealthier, capitalistic populations is still viewed by some educated individuals as being prized over those living in countries whose economies continue to struggle as a result of the legacies of colonialism.

Whose Health is Most at Stake?

The general idea of health security, though very compelling, is often not applied equally across all areas of the globe. The impact that health risks can pose for both individuals and countries is extremely discernible in today’s COVID-19 crisis; yet, the idea of health security as a means to protect the health of individuals globally has predominantly been limited in its practical aims to protecting the health of populations in Western countries. In times like these, it is paramount to include all countries in discussions about security, prosperity, and unity. If the concept of health security was truly understood in global terms, the likelihood of another pandemic like COVID-19 would diminish greatly.

Martine Ghazouli has recently finished a Master of International Relations and Global Politics at McMaster University. In 2017, Martine completed a Bachelor of Arts at McMaster University Summa Cum Laude where she double majored in Honours Political Science and Sociology. Martine’s interest in international relations and global affairs began early in life through her love of travel, meeting new people, and exposure to various cultures through these experiences. Martine’s areas of interest are North-South relations, post-colonial studies, global governance, and security issues. In the future, Martine would like to pursue a career in security, or diplomacy to further global peace efforts. Outside of her career and academic interests, Martine is an avid reader, theatre goer, and loves to travel. She can be contacted by e-mail at martine.ghazouli@gmail.com View all posts by Martine Ghazouli →