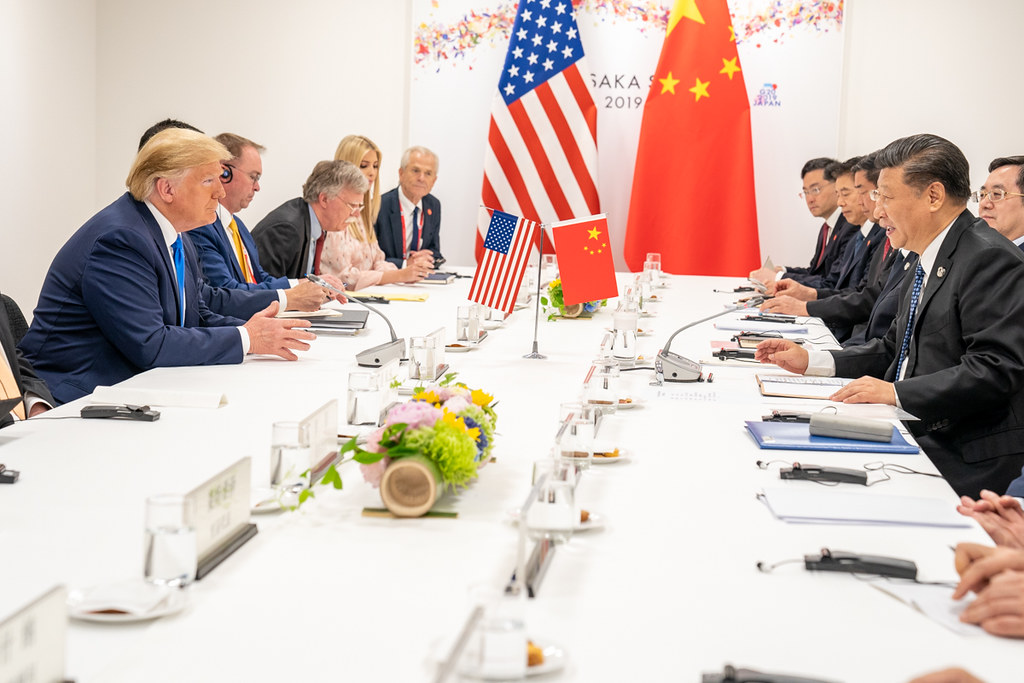 Over the course of August 24-26, 2019, the Group of Seven (the “G-7”), the world’s largest advanced economies, met in Biarritz, France to discuss issues ranging from global trade, to climate change, to international taxation. At the forefront of the global trade issues was the recent escalation in the ongoing US-China Trade War. In yet another set of tit-for-tat moves, the Chinese Ministry of Finance announced retaliatory tariffs on approximately $75 billion worth of US goods. In turn, the US raised existing tariff levels on approximately $250 billion worth of Chinese goods from 25% to 30%, and from 10% to 15% on $300 billion worth of additional Chinese goods.

In Biarritz, Mr. Trump’s counterparts argued for deescalating the ongoing economic conflict. The British Prime Minister Boris Johnson stated “we don’t like tariffs on the whole,” and others argued that the trade war was damaging the global economy and harming strategic alliances.

Mr. Trump’s case against China has largely rested on the US’ trade deficit with China. If this remains Mr. Trump’s case, it is unlikely that he will garner any significant international support for economic pressure against China. After all, a trade deficit is a mostly insignificant metric that only measures differences between import and export quantities and is a poor indicator of a country’s economic health vis-à-vis a trading partner.

If Mr. Trump is serious about achieving maximal and broad economic pressure against China, the US should be seeking a G-7 led, democratic coalition to pressure China’s economy. To do so, the US must redefine the US-China Trade War around China as one of the most significant political and economic rivals of 21st century liberal democracy.

The US should argue that the G-7 must lead a democratic coalition against China, to prevent a reality in which China’s economic vitality becomes indispensable to overall global economic health. If this becomes realized, then economic sanctions against China will either be futile or self-inflicting. Given China’s recent political activity, the US should have ample evidence to convince its democratic counterparts that a powerful China is dangerous, and that economic sanctions against it are justified and necessary.

China’s political system has stood, and continues to stand, in diametric opposition to liberal democracy. China is a one-party led socialist republic, where power is concentrated in the Communist Party and its head, the General Secretary. Xi Jinping became General Secretary and President of China in 2012. Mr. Xi has used his influence to concentrate power in his office, and purge rivals. He has also made himself China’s supreme leader for life by removing presidential term limits from China’s constitution.

Under Mr. Xi, China has expanded its track record of human rights abuses. China’s mass surveillance system has grown, and its citizens continue to be denied basic rights under Mr. Xi.  Moreover, China’s Laogoi prison system continues to operate as one of the state’s key institutions. The Laogoi system was developed in 1949 and was modeled according to the Soviet Gulag to imprison both criminals and political dissidents. As of 2019, over one thousand Laogai detention facilities are operational in China, holding millions of individuals who are subject to inhumane conditions.

China has also escalated its repression of religious groups. Most notably, China has engaged in a formal campaign to repress its Turkic Muslim minority in the Xinjiang Uyghur Autonomous Region. Currently, over one million Uyghurs are being held in pretrial detention centres, prisons, or political education camps, where the Chinese state oversees their ill treatment and torture.

One need only to look to Hong Kong to observe the consequences of defying China. In May 2019, protestors in Hong Kong gathered to protest a bill that would allow local authorities to detain and extradite Hong Kong residents to other jurisdictions, notably including mainland China. Over the past five months, the protests have evolved into overt calls to replace Chinese control of Hong Kong with an independent, democratic government. In the meantime, the extradition bill has been abandoned, but the pro-democracy demonstrations have persisted, and the Government of Hong Kong and Police Force, both under Chinese influence, have responded brutally. As of writing, more than 2,000 protesters have been injured, and more than 1,000 arrested.

Over the past decade, China has strengthened its alliances with anti-democratic regimes in Russia and Iran, and has continued to support the North Korean regime. China has also sought to expand its geo-political influence in Eurasia through large-scale investment and development projects like the Belt and Road Initiative.

It is likely that China has already realized what the US should be arguing before its democratic allies: the faster China’s economy and influence grow, the faster its economy is becoming vital to the overall global economy’s health. If a healthy Chinese economy becomes a prerequisite to a healthy global economy, any sanctions against China would likely be futile, and result in at least as much damage to the state imposing the sanctions than as to China.

As the US-China Trade War continues, the solution should not be de-escalation. Rather, the solution should involve a redefinition of the US’ rationale in pursuing the conflict, and broader economic pressure through a G-7 led, democratic coalition against China. However, the likelihood of the US pursuing such a strategy is unclear given Mr. Trump’s mixed foreign-policy record as it regards confronting authoritarian regimes. While Mr. Trump’s rhetoric has been largely agreeable towards Russia’s and China’s leadership, his administration has been willing to challenge Russia and China by supporting US’ allies in Eastern Europe and East Asia. In addition, the US has dealt with Iran severely, by withdrawing from Joint Comprehensive Plan of of Action (Iran Nuclear Deal) and escalating economic sanctions on Iran. It is also encouraging that the G-7 states’ leaders reiterated their commitment to defending democracy in Charlevoix. Specifically, they committed to “respond[ing] to foreign threats, both together and individually, in order to meet the challenges facing our democracies.”

The US and its G-7 counterparts should recognize China’s growing influence as posing a threat to the vitality and viability of democracy both at home and abroad. The world’s democracies should also recognize that a united strategy against China is the best strategy for reducing the authoritarian superpower’s growing global influence.

Featured Image: “President Trump at the G20” (2019), by The White House via Flickr. Public Domain.