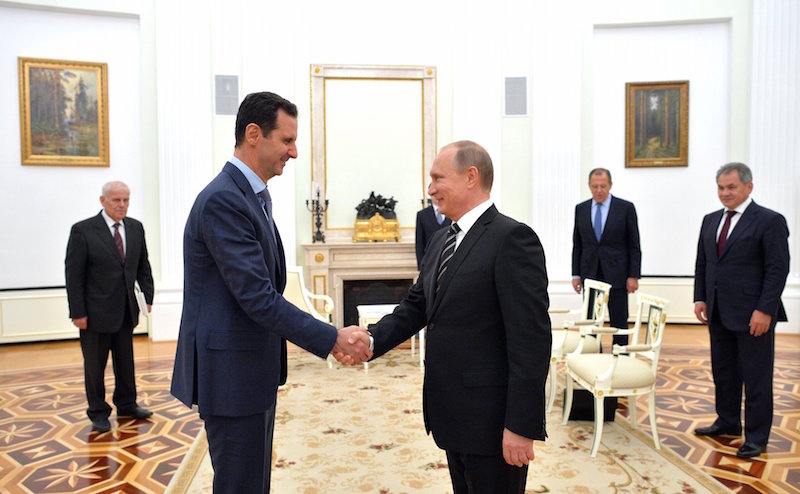 Many in the West associate Islamic terrorism with an attack on Western culture and values due to the overwhelming news coverage on attacks carried out in North America and Western Europe, which is why Western countries have participated in the US-led coalition to bomb ISIS. However, many people in the West are unaware of why Russia is partaking in its own bombing campaign. Some see Vladimir Putin as a megalomaniac leader who wants Russia to be on the winning side against the US-backed coalition in the Cold War-esque proxy in Syria, but there is more. Islamic terrorism is arguably an even bigger threat in Russia, than in the West.

Russia’s bombing campaign in Syria is not only in response to supporting its strongest ally in the Middle East in Bashar Al-Assad, but is also in response to the decades of Islamic terrorism that has taken place in the North Caucasus region of the country. While many Westerners believe Islamic Fundamentalism began in the wake of 9/11, Russia has been addressing terrorism in the North Caucasus since the mid-1990s with two Chechen wars, which propelled Islamic Fundamentalism in an attempt to make a separate Islamic Republic in Russia.

Since the rise of ISIS, the Northern Caucasus has been drawn towards Syria and Iraq. Similar to many Western countries, Russia is facing the threat of citizens returning to commit terrorist attacks against their homeland, and the risk of attacks could be arguably greater in Russia than the West. According to Russia’s counter-terrorism police force, up to five thousand Russian citizens have gone to fight in Syria and other parts of the Middle East with over three thousand fighting for ISIS. Roughly another twenty five hundred fighters have come from Central Asia and other areas of the Caucasus. As a result of the large numbers of jihadists leaving the North Caucasus to fight with ISIS, Russian is the third most spoken language among ISIS militants, behind English and Arabic. In fact, many jihadists from the North Caucasus are highly praised in ISIS because of fighting and surviving the Chechen wars, and often have high-ranking roles.

There has been a drastic decrease in violence in the North Caucasus. For instance, the number of casualties from armed attacks was 700 in 2012, while in 2015 that number shrank to 206. This is partly because of Putin’s oppression in the region, but some reports have said that Russian officials had helped some Islamists from the North Caucasus to leave and go to Syria. During the 2014 Sochi Olympics, Russian authorities committed to the security of the Olympics so heavily that they turned a blind eye to the numbers of Islamists fleeing to Syria and Iraq, ultimately, creating a healthier environment in the North Caucasus. However, it provides Russia with an even greater incentive to interfere in Syria. Of course Putin wants to establish a Russian presence in the Middle East, but this also provides Putin the opportunity to kill thousands of Russian jihadists who oppose him, and prevent them from returning and carrying out attacks in Russia.

Russia has also had an advantage on the intelligence front compared to the West, by having the Russian Federal Security Service (FSB) operating in the Northern Caucasus for over two decades and be embedded within Islamic Fundamentalist groups including ISIS in Syria. The FSB has claimed to know the identities of approximately half of its citizens and has gathered more information than other intelligence counterparts. As effective as this has been, it has also resulted in ISIS weeding out Russian informants and using them as enemies to fuel Islamic Fundamentalism in many of their execution videos.

Russia has had a longer history of battling Islamic extremism than the West, and therefore the chances are higher for its having thousands of Russians fighting in the Middle East and potentially returning. Supporting their Middle Eastern ally in Syria has given Russia the advantage to coordinate attacks with the most credible and capable force in the country to fight ISIS, unfortunately creating a lot of collateral damage as well. Russia’s plan may be effective now and may be making the Northern Caucasus safer, but there is no guarantee that a backlash of violence will not break out again, making Russia still vulnerable.

Photo: Putin and Assad (2015), by The Kremlin via Official Internet Resources of the President of Russia by CC by 4.0