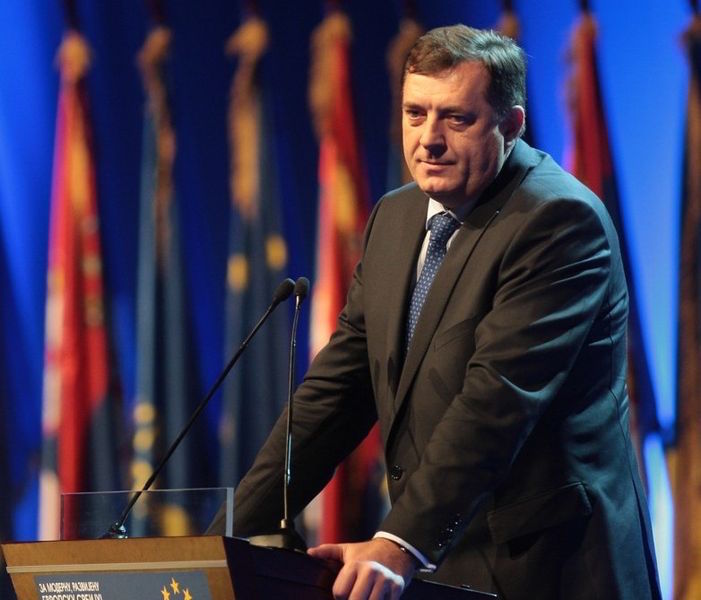 In 1995, the Dayton Agreement raised hope that the two federal entities of Bosnia and Herzegovina would overcome their deep disagreements and the country would emerge as a prosperous yet peaceful multiethnic state. However, guidelines framing political autonomy granted to the Federation of Bosnia and Herzegovina and Republika Srpska have not resulted in a cohesive confederacy. Rather, the country has further entrenched schisms emboldened by history, nationalism and ethnic divisions. Recent events in the small Balkan nation demonstrate that the political security of Bosnia and Herzegovina is not as stable as the federal authorities in Sarajevo like to present to the international community. This growing problem must be addressed if the nation is to achieve EU membership and remain unified.

National holidays are celebratory exhibitions of unanimity, remembrance and pride, but particular dates epitomize dissimilar meanings in ethnically diverse societies. The observance of the Day of Republika Srpska on January 9 is one particular case that has come to illustrate the political divisions inherent in Bosnia and Herzegovina. On November 26, 2015, the Constitutional Court of Bosnia and Herzegovina ruled that the commemorative holiday in the majority Bosnian Serb entity was unconstitutional and that national day festivities should occur on a different date. The state-level judiciary decided that celebrations on January 9 were discriminatory against minorities for two important reasons. Firstly, it denotes the original establishment of Republika Srpska by way of succession from Bosnia and Herzegovina in 1992 and secondly, it is the Orthodox Christian feast day of St. Stephen, the patron saint of Republika Srpska.

Milorad Dodik, the President of Republika Srpska and his political counterparts in Banja Luka, reacted in ways that only furthered the spectacle of Bosnian politics. Dodik and his colleagues in the National Assembly vehemently challenged the integrity of the Constitutional Court and its decision. Further, he pursued a referendum that was declared illegitimate by state-level courts, opposed by American and European diplomatic channels and considered in violation of the Dayton Agreement. Republika Srpska’s closest ally Serbia refused to state an official position, while the Russian Federation voiced its support of the application of direct democracy. On September 25, 2016, voters went to the polls and voted overwhelmingly in favor of keeping January 9 as the Day of Republika Srpska.

On January 9, 2017, though the event was considered illegal and insensitive to Bosnian war victims, Republika Srpska celebrated its national holiday and slava of St. Stephen. As a result,  discordance between Sarajevo and Banja Luka grew while NATO warned any military regiments that it was unwise and divisive to participate in any commemorations marked on that particular day. In the end, the festivities were more robust then they had been in recent years and included a visit by the President of Serbia, Tomislav Nikolic. Nikolic, who had been advised by Bosnian authorities to rethink his visit to Banja Luka so as to avoid any fomentation of tensions, staunchly defended his decision. Dodik used the celebrations to demand greater political autonomy, as outlined in the Dayton Agreement, and if Sarajevo could not meet these demands, Republika Srpska would seek succession from Bosnia and Herzegovina.

These recent events are simply a snapshot of growing divergences between the two constitutional entities of Bosnia and Herzegovina. For instance, just as authorities in Sarajevo declared the Day of Republika Srpska ‘discriminatory’ against minorities, Dodik has voiced his distress over plans to further the Islamization of Bosnia. Since Bosnian Muslims and Bosnian Serbs live mainly clustered in their respective regions, there will be recurrent cases where actions will be deemed unconstitutional and prejudicial against the other. A cycle develops where unresolved tensions transfer into the next political event and anxieties never really fade away. As a result, instead of a national character and interconnected multiethnic society, all that remains is a state held together by borders manufactured by an international agreement.

This predicament exposes the Dayton Agreement as outdated and ineffective for the political security of contemporary Bosnia and Herzegovina. It is even more apparent that the accord deliberately granted promises of vast autonomy in order to settle the Bosnian War rather than focus on building state institutions and democratic development. Both federal entities have outgrown the 1995 agreement and now seek to advance their own regional agendas rather than encourage strong national stability. It is time to amend and properly implement the historic agreement in order to quell the rising tensions in the Balkan state.

Nationalist sentiments have fanned the flames of separatism in Republika Srpska and Bosnian Serb leaders have openly spoken about secession in order to join Serbia. While at Day of Republika Srpska festivities, Dodik was quoted as saying, “the Serb Republic will not stay inside Bosnia unless it gets enough autonomy to live its life as a state.” There are already plans for a referendum to address independence in 2018. It must not be overlooked that Srebrenica, the location of the 1995 act of genocide, is also located in Republika Srpska. Any further nationalist feelings that disregard minority rights will not be cohesive to regional let alone national political stability.

Bosnia and Herzegovina continues to experience the tribulations of democratic development and building a strong civil society. It is imperative that it finds a suitable framework that allocates sufficient autonomy to its ethnically diverse jurisdictions so that they can work together towards prosperity. Political instability and rising tensions between ethnic groups will be guaranteed if the political authorities cannot devise a suitable plan of governance. At this point, the federation may be ungovernable and its unity unsalvageable.

Photo: Milorad Dodik (2010), by DEMOKRATSKA STRANKA DS via Wikimedia. Licensed by CC by 2.0.