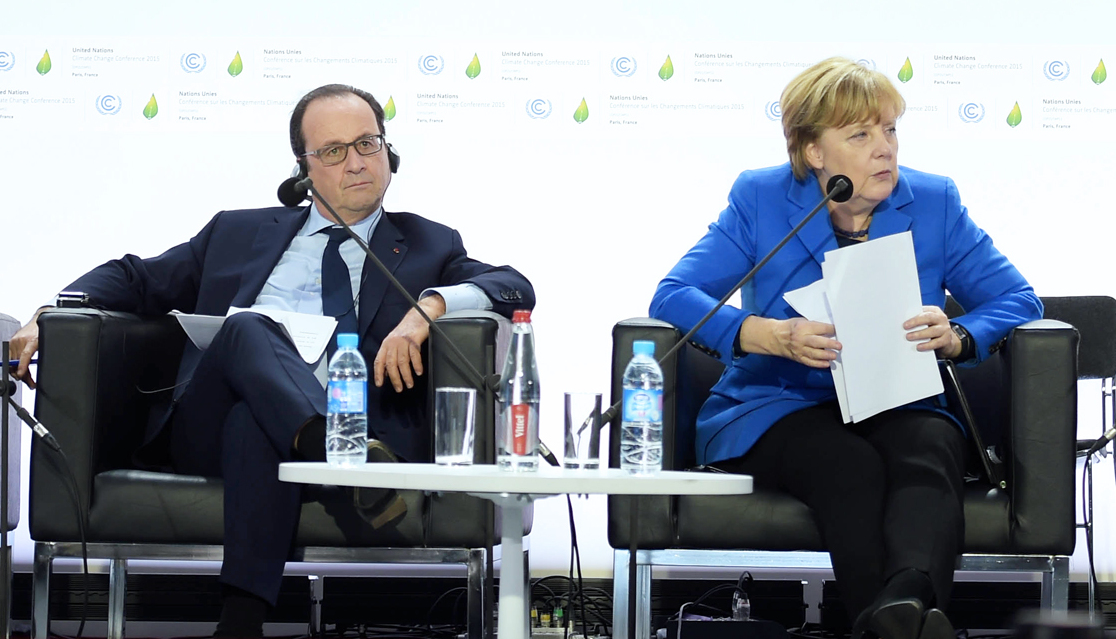 The focus of international relations and security in 2015 centered on the European continent and it’s immediate periphery. Continued civil war in Ukraine, a gruesome multi-faceted conflict in Syria and Iraq, the rise and spread of ISIS, the global migrant crisis, and the continued economic doldrums of European Debt Crisis all reinforce this narrative. Europe grabbed headlines in 2015 for the above stories. 2016 will be no different. What was true of 2015, will most likely continue to fester, grow, or boilover in 2016. It remains to be seen, however, if any of Europe’s leaders will be able to expedite solutions to the continent’s crises.

Consider the problems of the continent:

First, the European Debt Crisis will need consistent, and considered, strategy and policy in order to continue the cruelly slow economic recovery of the European continent. Negotiations and dialogue between the economically disenfranchised ‘south’ and the industrious ‘north’ may become tenser, or downright hostile, before a measured, and equitable strategy is implemented.

Second, the situation in eastern Ukraine will continue to remain a flashpoint for the leaders of the continent. How staunch will Europe’s position remain in 2016, in the face of ‘healthier’ relations with Russia over the conflict in Syria?

Adding to these major problems, the international migrant crisis will continue to affect more and more countries outside Europe, including Canada, and will need vigilance and concerted cooperation in order to organize an effective, and long-term, strategy.

TIME’s Person of the Year 2015 will continue in 2016 to lead the continent on almost all issues of foreign policy. From encouraging debt reduction through the austerity policies of the European Central Bank to handling Europe’s toxic relationship with Vladimir Putin and Russia, all while taking an undisputed-leadership position on the migrant crisis, Angela Merkel is the de-facto leader of the Europe.

The agenda for 2016 does not look any brighter than it did for 2015. Continued worry over the solvency of numerous banks across the continent and the continued fiscal deficits racked up by Eurozone members Greece, Spain and Italy mean that Europe’s economic health will continue to aggravate the chancellor. Renewed instability along Europe’s periphery; whether it is in Libya, Ukraine or Syria, will test Merkel’s ability to effectively manage simultaneous security challenges.
When coupled with the fact that Merkel is facing increasing political challenge at home, in part as a result of her decision to accept record numbers of refugees, 2016 could be Merkel’s biggest test yet.

While Italy has long been occupied with a migrant crisis of its own, the government of Italian Prime Minister Matteo Renzi will continue to be pre-occupied with everything European Union in 2016. From voicing disapproval over Germany’s intended ‘North Stream’ pipeline to bending the rules on the EU’s Growth and Stability Pact, Renzi has begun 2016 on a cold note with Europe’s top leadership.

“They want to depict Italy as a country that doesn’t respect the rules, but things are changing. In Italy, there’s a new generation and a new government. We respect all the rules, the difference is we are asking others to respect them too” – Prime Minister Matteo Renzi

However, while some deride him for being un-refined or ‘crass’ during top-level EU meetings, Renzi has come to represent a strong voice for the rest of Europe, those countries which feel economically strangled by the Troika and its ideological leader: Germany. In 2016, Renzi will continue to hope that he makes Italy’s voice not just louder, but ultimately more effective in shaping opinion and guiding policy on the continent.

French President François Hollande’s 2016 will likely be fraught with new challenges and old problems. Leading a nation still mourning the deadly Paris attacks of November 13, 2015, Hollande will face the realities of a new security environment in France and Europe. As early as February 2016, Hollande expects to pass a law stripping dual citizens of their French nationality if they have been “definitively convicted” on terrorist charges.

Striking a smart balance between security and the economy is something Hollande will have to work overtime to achieve. Understanding the precarious situation of the nation as it enters the New Year, Hollande exclaimed; “ We may have a state of emergency on the security front, but we are also in an economic and social state of emergency.”

While the OECD projects a 1.3% uptick in GDP growth, continued uncertainty over the government’s high public debt load will continue to worry officials in Paris and Brussels. Unemployment remains high at 10.6% of the labor force, amendments are needed to reform France’s overly protective employment laws, and questions about Hollande’s plan to ‘train’ 500 000 jobseekers will no doubt all be on the agenda in 2016.