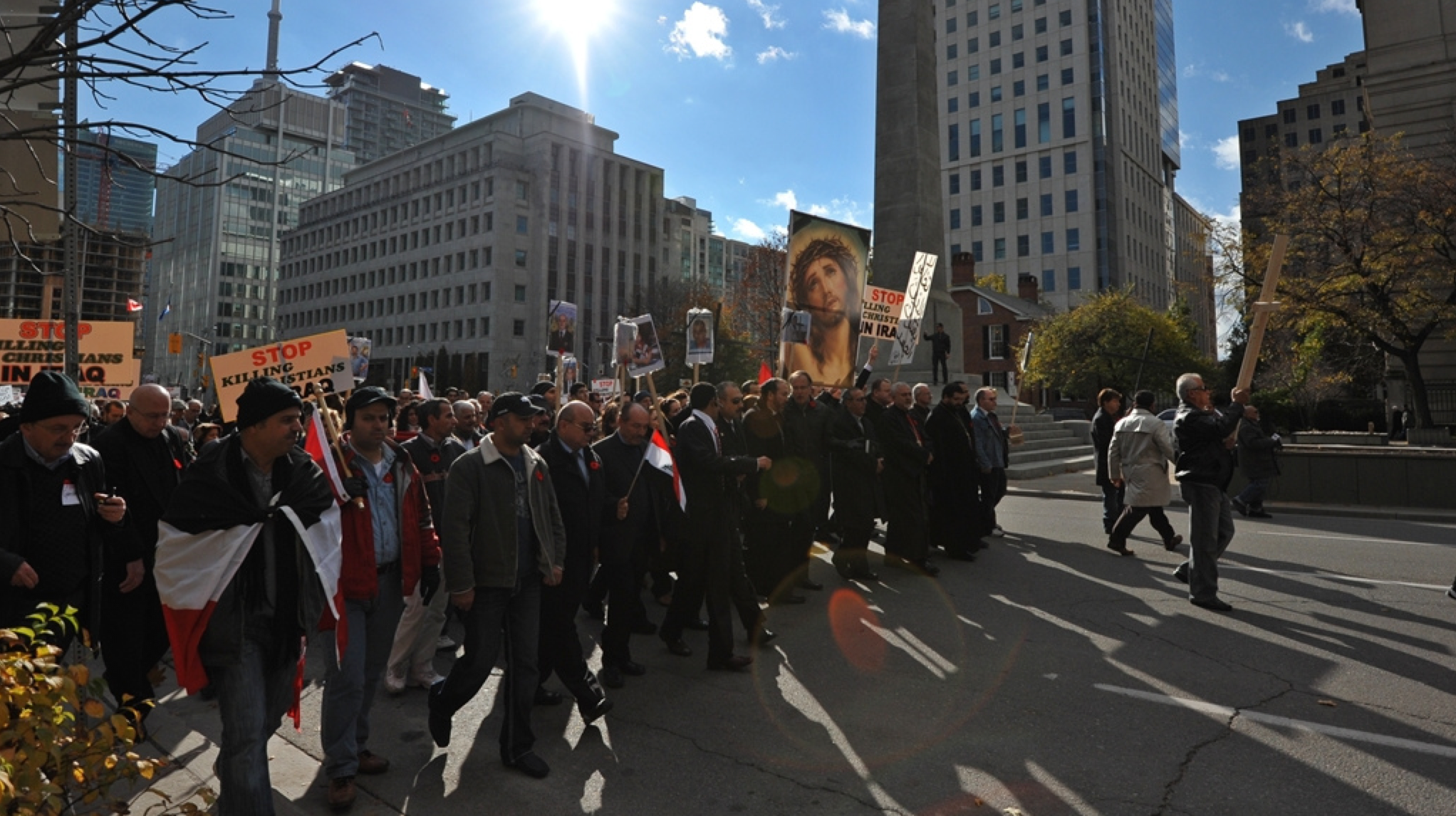 This is the first in a number of articles and podcasts that will seek to contextualize the history and politics surrounding the current political and social refugee crisis in Iraq and Syria.

The mass extermination and enslavement of Yazidies under the ISIS in Mosul and surrounding region, and the expulsions of Assyrians from the city of Mosul and Ninwah Plain villages, has left these communities politically and economically destitute. Kurds, have gained great deal of independence in Iraq, and the Kurdish Regional Government has played an important role in asserting itself as a champion of religious and ethnic minorities. Iraq and Syria’s minority communities have received greater attention by journalists, governments, human rights organizations, and academics since the rise of the Islamic State of Iraq and Syria (ISIS). Assyrians (Syriacs and Chaldeans), Yazidies, and Kurds are some of the many ethnic and religious groups that have become the focus of attention in the discussions surrounding the political and social future of both the Iraqi and Syrian states. As a result of the increased attention to minorities, and the shifting focus in foreign policy. This paper will briefly put into historical context and highlight the evolution of the term ‘minority’, and illustrate how it became an important categorical tool in the political and social context of the Middle East.

In his book The Emergence of Minorities in the Middle East: The Politics of Community in French Mandate Syria Benjamin White states “The eleventh edition of the Encyclopaedia Britannica, published in 1910-11, does not contain an entry for ‘minorities’. By the fourteenth edition of 1929 the entry on minorities runs to eleven pages, mostly discussing the post-First World War peace settlements and the League of Nations”. The reference to encyclopaedia Britannica is part of a larger debate surrounding minorities and majorities in the context of the post First World War, and the emergence of modern Middle Eastern state from the ruins of the Ottoman Empire. Populations that lived under the authority of the Ottoman sultan as subjects regardless of religious and ethnic background. Although it is important to note that Muslims enjoyed the ability to work in the military, and attain high political office. In return for not serve in the military, religious minorities lived within the context of the millet system, which afforded them internal management of their religious and social affairs. They also were obliged to pay the Jizya tax in return.

In the mid 1800s, influenced by European colonial powers, and missionary movements, Ottoman officials embarked upon a reform movement that sought to emulate the modern European state. The reforms were complex and cumbersome and occupied Ottoman officials for the majority of the period from 1860 until the early 1900s. The tanzimat reforms as they are better known, attempted to create citizens of the subjects living in the Ottoman Empire. Although successful to a certain extent, the reforms sparked an interest in both nationalism, and ethnicity that became the bedrock of the early political and social movements that created both majorities and minorities in the modern Middle East.

Following the collapse of the Ottoman Empire, the creation of the League of Nations gave a new political and social reality in the modern Middle East. The colonial states established by both the British and French governments in the region paid a great deal of attention to minority communities. In her book The Other Kurds: Yazidis in Colonial Iraq states that Iraqi law for example, minority religious communities were granted special status under the Spiritual Council. Like the old millets system, the councils allowed these select groups to manage the personal status of their members, and maintain separate educational institutions. The Spiritual Councils thus provided yet another layer of administration that kept minority communities social and politically separate from the remainder of Iraqi society. Assyrians and Yazidis in particular, came under these laws, which gave them the ability to govern their own internal affairs freely, without interference from the central government. This system hampered the integration of the Assyrians into the Iraqi body politic, and saw them keep their community separate from the social and political lives of Iraq’s Arab population.

In addition to their special legal status, the process of integration was also impeded by the influence of their religious leaders. Thus, the impact of the colonial re-ordering of social and political structures from the very outset of the nation-building process in modern Iraqi and Syria made it difficult for minority political and religious leaders to envision themselves as part of a nation-state. In other words, the British Mandate – the continuation of a historical event that had fractured modern Iraq and Syria– also carried within it the seeds of communalism and fragmentation that still influence the Middle East today.