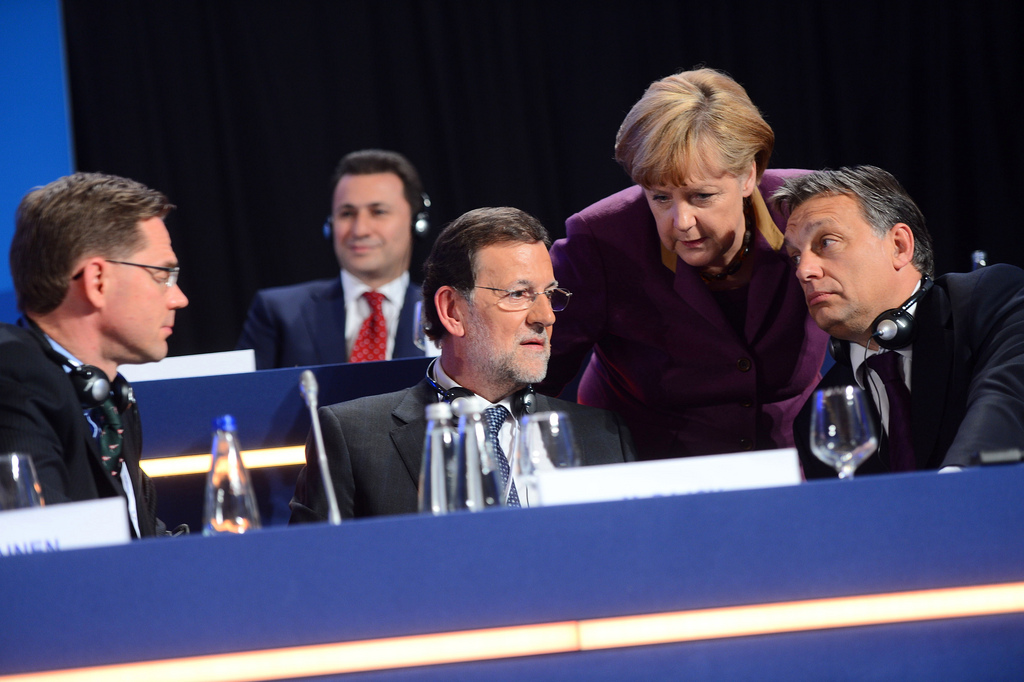 Long seen as a bastion of economic stability within the Eurozone, Germany’s financial dominance has had critics argue that its disproportionate economic weight has allowed it to maintain the Eurozone and also that this dominance comes at the expense of long term economic growth for its neighbours. Germany’s tendency to have large trade surpluses has come under increasing scrutiny as the long awaited European economic recovery continues to be sluggish despite large injections of monetary stimulus to its less robust neighbours. European GDP per capita has seen limited marginal growth compared to pre-crisis levels, while unemployment rates still average around 11% across the Eurozone compared to levels of 7.5% in 2008, while German unemployment dropped from 7.5% in 2008 to 4.5% in 2014.

Part of the argument of the critics has been that Germany’s recent trade surpluses arose from its “beggar-thy-neighbour policies.” Trade unions and employers’ associations have made agreements to keep wage growth low in order to increase competitiveness compared to its neighbours, thereby offsetting lower domestic demand caused by fiscal budget contractions. The German trade surplus in 2007 was €195 billion with three fifths coming from within the Eurozone. Throughout the European economic turmoil, the account surplus continued to grow despite a slight downturn during the worst of the financial crisis and now remains at 7.6% of national GDP. Although it is certainly within Germany’s jurisdiction to take such actions, continuation of such policies would hinder the competitiveness of those struggling within the Eurozone unless they adopt similar policies

Moreover, under the single currency, countries within the Eurozone have been unable to take advantage of monetary policies regarding differences in exchange rates in order to spur increases in domestic demand levels for those struggling to afford such desired goods. As a result of the unified currency, debtor countries such as the PIIGS (Portugal, Ireland, Italy, Greece and Spain) states were forced to resort to fiscal austerity measures and debt deleveraging which were necessary conditions to receive German loans needed to stabilize capital flows, but further dented domestic demand. These measures have pushed governments to reduce deficits through reduced consumption and deflation rather than more productive methods like increasing net exports. Such cuts in government spending between 2010 and 2013 resulted in a 4% GDP reduction within the Eurozone in 2013.

As a result of monetary easing, a weakened Euro and weak European domestic demand, much of European GDP growth since 2012 has come from net export growth in trade outside of the Eurozone. This has brought concerns that the Eurozone is exporting its deflationary problems to the rest of the world which might further slow inflationary growth in the developing economies. Moreover, growing trade dependence outside the Eurozone has indicated low demand in Europe.

The fact that high levels of German savings are being diverted to giving loans to economically vulnerable European states when they could go towards increasing domestic consumption and profitable investments has also been noted in criticisms of German economic policies. With countries like Greece continuing to struggle and depend on German loans, there is the prospect that such loans might not be recovered entirely or in the near future when such expenses could have gone more directly to increasing government spending. Subsequently, higher levels of German demand would have trickled to its neighbours, spreading demand growth. Estimates by the Centre for European Reform (CER) put German losses on foreign investments since 2000 at €0.5 trillion highlighting the potential costs of investing in foreign debt.

In recent years, German politicians have been more inclined to attempt to boost ailing demand by introducing lower retirement ages, higher pensions and raising the minimum wage for certain workers, while simultaneously refusing to reduce taxes or increase fiscal spending. Consequently, by opting for policy measures which could adversely effect German productivity levels while avoiding other measures which could more directly benefit domestic demand levels, Germany might hinder future consumption capabilities. However, there are expectations that higher wages, lower unemployment and increased public spending used to accommodate incoming refugees will help induce higher consumption. Nonetheless, had Germany invested more internally it would have received equal criticism for having reduced its loans to needy neighbours.

Although German demand growth might provide temporary relief for a stagnant European economy, the larger structural imbalances between high trade surpluses in Germany and austerity measures across the rest of Europe need to be resolved if the Eurozone is to pass this phase of anemic growth.