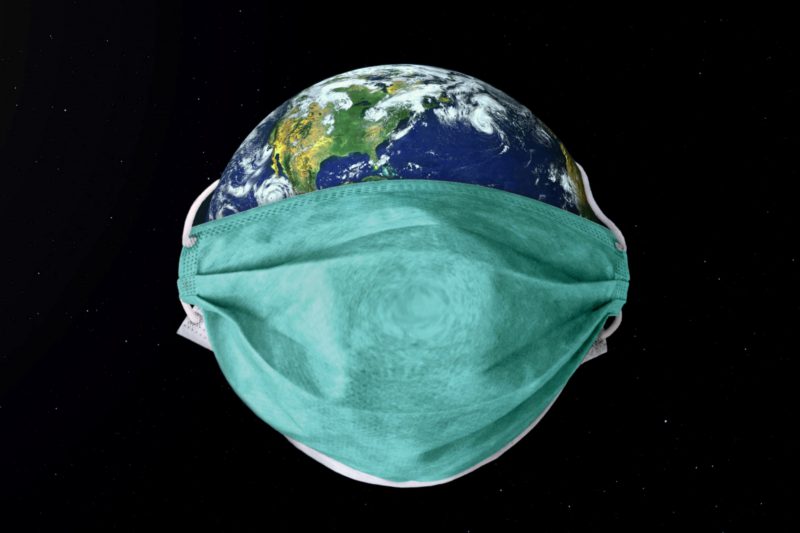 The COVID-19 pandemic is the most important global event since World War II. We are living in a historic period that will change our world forever. Although each of these issues warrants in-depth discussion in its own right, this article aims to begin a conversation regarding how the COVID-19 crisis is currently shaping each of these four trends.

The economic shutdown associated with COVID-19 has caused a significant drop in greenhouse gas emissions. Total CO2 emissions for 2020 are projected to drop by 5.5 percent compared with last year (expected to increase by 1 percent this year before coronavirus). This could be the largest one-year drop in emissions in history. Shockingly, this drop is still not big enough as a recent UN report estimated that emissions must drop by 7.6 percent each year beginning in 2020 to avoid the worst effects of climate change. This fact is a huge reminder that the transition from the use of fossil fuels to renewable energy is more urgent than ever. For example, Germany and France emphasize that the recently enacted European Green Deal is a starting point to restore economic growth in Europe after the COVID-19 pandemic. Other initiatives in Toronto and London focus on closing major roads to cars to allow people to cycle and walk safely as physical distancing is impossible on crowded public transport.

In early May, an internal Chinese report assessed that global anti-China sentiment is at its highest since the 1989 Tiananmen Square crackdown. This complicates China’s expansionist ambition of world domination which is realized through its debt-trapping Belt and Road Initiative (BRI) and aggressive moves against multiple countries in the South China Sea. Due to the economic fallout caused by COVID-19, China hears more frequent calls to forgive debts to various countries participating in the BRI. China will risk further animosity from the developing world if it decides to not forgive debts which were exacerbated by its mismanaged response to COVID-19. Even the usually obsequious Europe has started to rise against China as the EU’s High Representative for Foreign Affairs and Security Policy, Josep Borrell, declared that China is trying to divide and rule in Europe. Furthermore, Australia has received backing from multiple countries after it pressed China for an independent inquiry into the origins of the coronavirus. However, it remains to be seen whether the world will fully unite against China and attempt to stop its expansionist ambitions.

The COVID-19 crisis has rapidly exacerbated the economic inequalities produced by the current form of capitalism. Between March 18th and May 21st, 38.5 million Americans became unemployed while U.S. billionaires increased their wealth by $434 billion (15 percent increase). In the same time period, Jeff Bezos alone has shockingly increased his wealth by $34.5 billion. These appalling figures have uncovered the massive faults of the current form of capitalism. Therefore, the present system needs a huge overhaul. With both capitalism and socialism being unsustainable economic systems (socialism lacks economic freedom), the answer could be a hybrid capitalist-socialist system which would adopt the best of both worlds. The new system would try to neutralize the growing inequalities exacerbated by the COVID-19 pandemic and AI revolution while maintaining economic growth and improving living standards. For example, the idea of a universal basic income could be enacted to make sure that poverty levels don’t increase as a result of widespread unemployment.

On April 23rd, the Secretary-General of the United Nations, António Guterres, tweeted that COVID-19 is a public health emergency that is fast becoming a human rights crisis. Aggressive online surveillance and arrests of journalists and political activists have both increased. Many authoritarian leaders around the world have viewed the COVID-19 crisis as a perfect opportunity to conduct actions they could only dream of before the pandemic started. For example, Hungary’s Prime Minister Viktor Orbán was given sweeping powers after an emergency law was passed in the Parliament. In other cases, Turkmenistan banned the use of the word “coronavirus” and wearing face masks in public while a Thai artist faces a possible five-year sentence after claiming that no screening for COVID-19 was being conducted at Bangkok’s main airport. COVID-19 has made it difficult for people to congregate and protest the actions of their authoritarian leaders. Thus, it should be particularly important for Canada and its NATO allies to hold various regimes accountable for their actions.

In conclusion, the COVID-19 crisis has given us the ultimate opportunity to change the world for the better in multiple spheres. It is extremely important that we transition from the use of fossil fuels to renewable energy, replace the current form of capitalism with a hybrid capitalist-socialist model, uphold and defend our various democratic ideals, and find the momentum to collectively prevent the rise of Chinese hegemony.