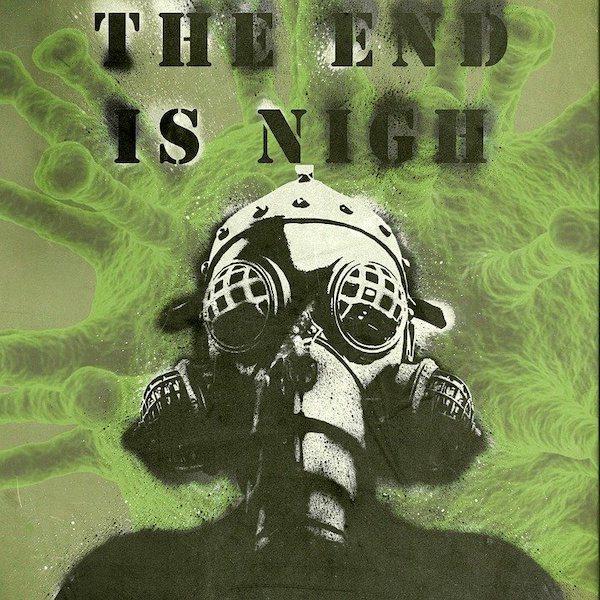 “Thank God for the military, that’s all I can say,” remarked Ontario Premier Doug Ford in response to a recent Canadian Armed Forces (CAF) report that sounded the alarm about the deplorable state of long-term care homes in Ontario during the COVID-19 pandemic. These words should be on the lips of every Canadian these days. Their country, like the rest of the world, is in the midst of a great convulsion. The New Year began auspiciously enough, but now, almost halfway through its course, 2020 has taken a decidedly ugly turn. Its apocalyptic atmosphere has become the subject of meme culture. A pall of anxiety has descended over society. Spring now feels like a separate epoch from the winter, and what the end of the year will look like is anybody’s best guess.

Suddenly, it’s very reassuring to have a military. Long accustomed to reaping the post-Cold War peace dividend, or to committing their troops to conflicts halfway around the globe in places like Afghanistan, Canadians are getting a taste of the deployment of the CAF to crises that are not just close to home, but literally in their home. The assistance the military has rendered to Ontario long-term care facilities, for example, represents but a small fraction of the CAF’s response to the COVID-19 pandemic, codenamed Operation LASER. Thousands of personnel have been organized into Local Response Forces (LRFs), standing by to be deployed on short notice in order to augment government services straining to contain the novel coronavirus. Interestingly, of the roughly 9,500 men and women currently deployed, about 85% are reservists.

This distribution of forces makes abundant sense. The CAF has roughly 36,000 reservists at its disposal, in addition to its regular force of 67,000 personnel. It is a relatively small force that must carefully steward its manpower resources. The tragic loss of six Canadian forces members on a helicopter that recently crashed while taking part in a NATO mission in the Mediterranean is a stark reminder that, even in the midst of a national crisis like the current pandemic, the Canadian military remains actively engaged abroad. In 2017 alone, the CAF was engaged in 19 international missions. Canada remains yet fully committed to Operation Reassurance, its sustained role in Eastern Europe as part of NATO’s Enhanced Forward Presence. All of this should make plain that the existence of sufficient numbers of reserve units at home in Canada, ready to cope with domestic exigencies, is of paramount importance.

The shockwave caused by COVID-19 has exposed the cracks in the foundations of Canada’s disaster-response infrastructure. This has been most manifest in the worrisomely short supply of personal protective equipment (PPE) for frontline workers, as well as the country’s shocking dependence on Communist China’s means of production for procuring these supplies. At the same time, the novel coronavirus has revealed weaknesses in populism and made technocracy great again. Government is now back in popularity. Civil servants and specialists are the only ones with the wherewithal and knowhow to provide people with what they most desperately need during a pandemic, but cannot muster as solitary individuals – quarantines, border security, financial assistance, and most importantly, medical expertise. While by no means adopting a command economy, government has been forced, where necessary, to short circuit the free market by effectively steering production of PPE back to domestic sources. Across the world, including in Canada, national leaders have likened the struggle against COVID-19 to a “war.” The structure and discipline needed to defeat this foe has made this an apt description. Government’s ability to mobilize resources on a grand scale, issue orders, secure swift compliance, and effect a desired outcome is a considerable advantage in a crisis, especially when time is of the essence.

In many respects, the Canadian Armed Forces, with its disciplined command structure and political neutrality, takes this ability to mobilize resources and act decisively to an even more impressive level. While confessing his speculation, Doug Ford opined that the reason for the military’s effectiveness in detecting and, more importantly, reporting the flagrant abuses and indignities residents of multiple Ontario long-term homes were subjected to during the COVID-19 pandemic, is that the military enjoyed independence of action and professional distance. That is to say, reservists deployed to these homes were not beholden to employers or bureaucrats who might intimidate them into covering up such offences.

In an insightful policy paper published by the Canadian Global Affairs Institute entitled, “Enabling NATO for 21st Century Operations: Fielding Agile, Responsive and Innovative Reserve Forces,” Howard Coombs lays out a very compelling case for the importance of reserve forces to NATO militaries. Since countries like Canada rely on wholly volunteer forces, the reserves can potentially attract new recruits who are otherwise wary of committing to years of full-time service. Moreover, because reservists hold civilian jobs in addition to their military service, they can incorporate their skills from those vocations into their military service and vice versa. This is eminently true of the technology sector. By having one foot in civilian life and the other in the armed forces, reservists also serve as a liminal point of contact between the military and their local community.

In its most up-to-date defence policy, “Strong, Secure, and Engaged,” the Department of Defence has outlined a vision for a Reserve Force that can deliver “full-time capability through part-time service.” Canada would do well to make this a reality in the face of the multitude of threats recent global tremors have exposed. The COVID-19 pandemic has impressed upon Canadians the country’s vulnerability to contagions in a globalized world, but this is by no means the only danger they face. To their south, Canadians are witnessing the spectre of anarchy in the form of violent protests sweeping the United States, the fires from which threaten to spread northward. Canadian protests have been largely peaceful by comparison. However, by this point in 2020, expectations that worse is yet to come should be virtually a reflex action. That Canadian reservists could be deployed to prevent looting and restore order, just as their National Guard counterparts in the United States have been, is a distinct possibility. And if these threats were not enough, China’s relationship with Canada continues to deteriorate, as it does with the rest of the Western democracies, as it pursues an ever more jingoistic foreign policy. These unpredictable contingencies present themselves in addition to annual natural disasters like floods and forest fires, which often overwhelm first responders, whose ranks require military augmentation. Simply put, Canada’s need for armed forces that can respond to concurrent crises demands expanded reserves.

Canadian soldiers are renowned for their unmatched quality, a reputation most deserved. But the fact remains that no soldier, no matter how professional or well-equipped, can be in two places at once. It is tedious to point out that Canada is the second largest country in the world and has the world’s longest coastline. There is no reason for Canada, a country nearing 40 million people, to be content with a paltry reserve of 36,000 men and women. The world is not at the end of history. This year has reminded Canadians that the state of nature remains “solitary, poor, nasty, brutish, and short.” The world still needs its Leviathans, and they have to have teeth.