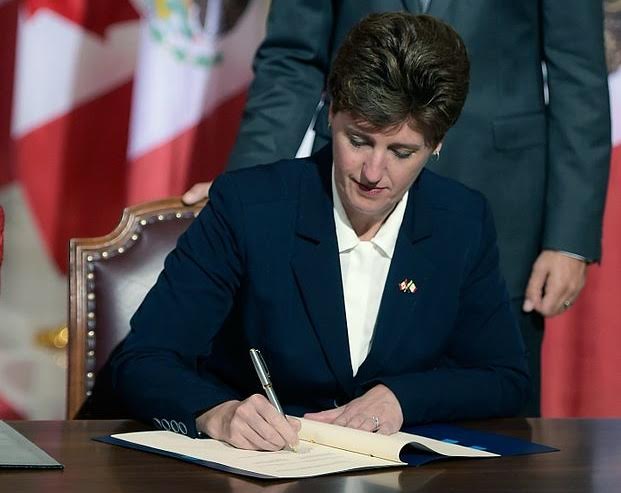 After eighteen months in power, Prime Minister Justin Trudeau’s government is about to get an international assistance policy (IAP). Having come into office promising to review how Canada manages its foreign aid programs, the Trudeau government spent much of 2016 holding a wide-ranging international assistance review (IAR). Now that that process is concluded, the government is expected to unveil the new IAP around the same time as its second budget, due on March 22. Judging from the results of the consultation, it seems unlikely that the government is going to answer the dreams of development specialists, who have called for substantial increases in funding. Even so, the IAP also seems poised to deliver some much-needed change to the country’s foreign aid programs.

For years, there have been calls for Canada’s Official Development Assistance (ODA) to be reimagined and reinvigorated. That criticism has only increased since the 1990s, when the Canadian International Development Agency (CIDA), now part of the Development section of Global Affairs Canada (GAC), faced massive cuts from Prime Minister Jean Chrétien. Spending began to rise under Prime Minister Paul Martin and in the first years of Prime Minister Stephen Harper’s government, only to sag under the weight of the global recession and the quest for balanced budgets.

Approaching Budget 2017, funding for international assistance has only barely recovered. Prime Minister Justin Trudeau may be known for claiming that “Canada is Back,” but the country was ranked last among a peer group of G7 members and mid-sized countries (Australia, Netherlands, Switzerland, Sweden, and Norway) for international assistance spending, with funding near an all-time low.

Money is not the only issue. Problems with focus, commitment, and delivery also bedevil Canadian foreign aid. Canada’s international assistance was once considered the most diffuse of any program in the OECD. Previous governments responded by sending the bulk of ODA to “countries of focus,” but this has not silenced critics who argue that Canada’s aid projects remain limited in quantity, short in duration, insufficiently directed toward the worst off, and delivered by a department with limited specialist expertise in the countries where it works. As a report from the Standing Committee on Foreign Affairs and International Development suggests, geographic concentration cannot be a substitute for the effective marshalling of resources, program longevity, or effective partnerships. Instead, it says:

“The effectiveness of Canada’s bilateral development program will ultimately depend on the way in which it is organized in Ottawa and delivered in the field, and the degree to which that program supports and is supported by the range of other development activities with which Canada is involved.”

This is the environment into which the Trudeau government will parachute the new IAP. It is not an enviable position. For a government that faces wide-ranging demands to boost federal spending, that promulgated its first budget on “Growing the Middle Class,” and that has largely focused its foreign policy (in material terms) on trade, funding international assistance has been a marginal priority.

And at the bottom of those priorities? Spending levels. In the Discussion Paper released to guide the IAR consultation, GAC writes that the UN-recommended target of spending 0.7% of Gross National Income (GNI) on foreign aid—a commonly-cited ideal benchmark for developed countries—is “an unrealistic near-term objective in the current fiscal context.” In turn, in the eight ‘lessons learned’ the government outlines from its consultation process, only the last mentions that participants repeatedly urged the government to commit to raising funding to meet the 0.7% recommendation.

In fairness, the government’s emphasis on policy content and delivery could pay positive dividends. Plans to add access to family planning, abortion services, and reproductive rights advocacy to existing programs on maternal and child health attracted constructive commentary during the consultation process, and seem likely to fill gaps in previous government spending. While the Harper government promised $3.5 billion to MNCH programs in its Muskoka Initiative, it refused to use the funds to provide abortions or family planning services. In contrast, experts and an internal GAC report have called for a greater emphasis on reproductive services to address some of the deeper causes of maternal and infant mortality.

In early March 2017, the Trudeau government announced it would redeploy $650 million from the 2016 aid budget to support women’s sexual and reproductive rights. This may set the tone for a budget that sees slow-growing aid spending re-focused around a small number of content areas.

The government still has plenty of room to define most of those areas. Its second major priority area, as described in the IAR, centres on the UN Sustainable Development Goals (SDGs). These 17 targets range from “No Poverty” all the way to “Peace, Justice, and Strong Institutions.” While their inclusion may please experts who have called for greater alignment with international priorities, the SDGs also carry their own baggage—namely, that they are broad, vague, and numerous. Effective engagement with the SDGs will demand considerable focus and clarity from the government. If it can manage that, then the new IAP may well address some gaps and lack of direction in Canada’s existing development programs—and help cover some of the holes that President Trump is leaving in the global reproductive health safety net and the UN system.

However, the content of development policy is only half of the story. The IAR also contained a heavy emphasis on improving the approach and delivery of Canadian international assistance. Touching on subjects like aid effectiveness, innovative programming, and the nature of foreign partnerships, the review cut to the heart of larger debates about how the system of global development assistance actually works. These are topics more often discussed in the corridors of academia, in works like Rethinking Canadian Aid, in which researchers write variously of the need to rethink Canada’s “whole-of-government-approach”, to address the power imbalance between development donors and recipients, to find new metrics for measuring “effectiveness,” and to leave more room for local agency.

Neither the budget nor the IAP will tell Canadians if the government can deliver on those lofty goals. The end of March should bring promises of new policy focuses, and perhaps a modest increase in international assistance spending. There may even be a promise to someday spend 0.7% of GNI on development (sometime in the far, far distant future). Those would be commendable changes to a development policy that has spent years in the weeds. Still, real change, as the experts like to say, takes place on the ground. To know how much the government will really strengthen Canada’s international assistance programs, observers will have to wait and see what happens next.