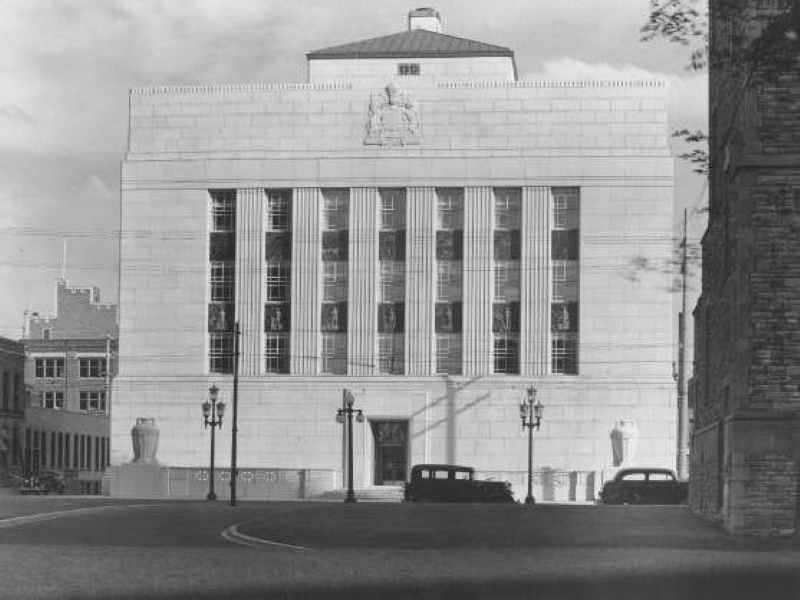 With Canada’s ‘Budget Day 2020’ delayed until March 30th, and the Bank of Canada’s emergency interest rate cuts to 1.25% and then 0.25% amid the COVID-19 outbreak, a metaphorical spotlight has been cast on the role that both Canadian fiscal and monetary policy play in international relations.

In short, fiscal policy is the way that governments finance many public goods. In Canada, revenues are primarily collected via such things as taxes, while areas of expenditure are determined by Finance Canada, the Minister of Finance, the Prime Minister, the Office of the Prime Minister and the Privy Council Office. The Federal Budget, which is presented annually by the Government of Canada, outlines the Government’s areas of expenditure and changes being made to taxation. It also forecasts the country’s projected economic growth and serves as a reflection of the Government’s policy goals. These goals are signalled to Canadian citizens and foreign governments alike, meaning that Canadian foreign relations are concerned.

When considering foreign governments’ perceptions of these signals it is important to acknowledge that their perceptions, resultant actions and overall economic relations with Canada are underpinned by the perceived stability of the Canadian economy. This stability is, in great measure, determined by Canadian monetary policy.

Canada’s central bank, The Bank of Canada, was established in 1934 as the primary institution of public finance concerned with the regulation of credit and currency. It is largely independent from the political process, which Finance Canada is part of, meaning that while Finance largely controls the spending of money by the Government, the Bank of Canada retains the separate power to create money. In addition to printing currency and performing other core functions, the Bank of Canada is mandated to establish and implement monetary policies that protect the external value of money by ‘keeping inflation low, stable and predictable.’

Inflation is the term for the sustained increase of the regular price of goods over a period of time. When this rate increases substantially more quickly than the economy’s growth rate, the value of the money decreases, meaning that less can be purchased with every dollar. In the event of a recession, during which time the growth of the economy slows, low inflation rates mitigate the adverse effects on markets.

Since 1995, the inflation-control target rate set by the Bank of Canada and the Government has been 2%; a low and stable rate. Anything above or below this rate is considered sub-optimal, but the Bank of Canada may adjust this rate via changing the overnight rate (key policy rate) to offset the impacts of forecasted economic shocks. Despite the fact that the full effects of such a change are not felt for 12-18 months, the change directly affects the interest rates of banks which mirror the change. In short, the Bank of Canada determines the price and degree of lending by other banks. Because of the 12-18 month trickle-down timeline associated with such a change, the effects of the Bank of Canada’s March 16th lowering of this rate to 0.75% will not be felt until early 2021. The change is aimed at mitigating the effects of the predicted slowing of economic activity amidst the COVID-19 crisis.

During the 2008 Financial Crisis, similar changes were made that greatly affected the comparatively favourable way in which Canada was able to weather the crisis. While major Canadian commercial banks were legislated to maintain lower debt-to-equity ratios than their American fellows, the Bank of Canada lowered the overnight rate several times between October 2008 and April 2009 whilst committing to maintaining it at 0.25% until mid-2010. While the growth of the Canadian economy had recovered by October 2010, American and European recoveries took much longer, meaning that Canada’s economic growth was impacted and slowed as a result.

Inflation targeting has become a successful macroeconomic stabilizer for Canada and other countries such as the United Kingdom, due to its temporal farsightedness. The former Governor of the Bank of Canada, David Dodge, explains that because the Bank of Canada ‘guards against both inflationary and deflationary pressures,’ individuals and businesses, both foreign and domestic, are able to make long-term economic plans with more confidence than is possible with short term goals. In short, inflation targeting makes long-term economic growth sustainable, and investment in the Canadian economy decidedly less risky.

Canadian inflation targeting is also accountable because of the Bank’s transparency. Every time the inflation rate deviates from the target, the Bank commits to explaining the cause of the deviation, the measures being taken to return it to the target, and the timeline for doing so.

Economic security underscores the political means by which security is ensured insofar as trust can be built and reinforced in commitments involving money and trade, bother intra-alliance and with non-member states. Economic security also underscores the military means by which security is ensured as the Canadian Armed Forces’ ability to function and engage in crisis management, for example, requires public funding. Whichever means by which Canada pursues security, comes with an associated price. The payment of this price is primarily a matter of public finance. While the allocation of funds is determined by Finance Canada (a political entity), the value of these funds is determined by the Bank of Canada and its monetary policy.