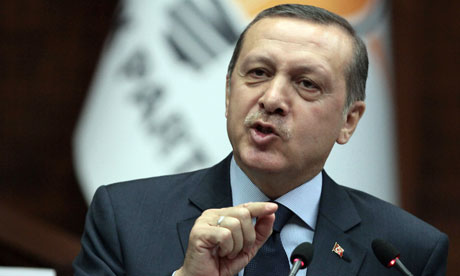 His Excellency Ahmet Davutoglu recently visited Canada – the first visit by a Turkish foreign minister in 14 years – demonstrated that Canadian-Turkish relations are not as sound as they might be, and also that they are slowly improving. To be sure, both governments have made efforts to improve relations in many areas. Nevertheless, the current state of affairs calls for a greater effort on both sides. It calls for a strategic partnership.

Canada and Turkey have a good deal to offer one another economically, as export markets and as destinations for investment, particularly for Canadian companies investing in energy, mining, agriculture, and more, and for Turkish companies seeking capital. This calls for an amiable relationship. However, strategic engagement is more than bilateral economic ties. There are greater political benefits that call for that wider approach, especially in three key areas: Turkey-Europe economic and political relations, the depth and strength of political ties in the Atlantic/European community, and the West’s efforts to maintain influence globally.

Turkey’s effort to gain entry into the EU has continually been rejected, largely due to resistance from France and Germany, resulting in a persistently tense relationship. NATO’s foray into Afghanistan demonstrated significant cracks in the alliance – disparities in states’ willingness to contribute funds, equipment, and troops, and to fully commit any assets provided.
Globally, events in the Middle East are (still) crucial to stability. Iran’s alleged pursuit of nuclear weapons, the conflict in Syria, shifting Egyptian policy, other fallout from the ‘Arab Spring,’ and the seemingly intractable Arab-Israeli conflict all rank among the key issues of today. Meanwhile, Western influence in the region is declining relative to rising powers (Turkey among them). Stronger Canadian-Turkish ties would contribute constructively to solutions in each case.

As a middle to large economic power with ties to both Europe and Turkey, Canada offers a strong link that could help to erode opposition to Turkey’s membership, especially if the Canada-EU free-trade deal currently under negotiation comes to fruition. Meanwhile, as foreign minister Davutoglu himself noted, Turkey has a great deal to offer the EU as an economic asset. Its entry could help to alleviate the EU’s economic troubles, benefiting Canada by strengthening a key export market.
On the political front, the mission in Afghanistan made clear that within NATO, Canada has different “layers” of relationships, meaning different levels of commitment and cooperation among allies. These links are determined primarily by the strength of ties among individual states. Canada’s inner layers are the United States and the ABC (America, Britain, Canada) group – often expanded to the ‘Five Eyes’ intelligence group, which includes Australia and New Zealand.

Each layer of commitment is important, and even nations that don’t contribute on a particular deployment lend a degree of legitimacy to operations. But any opportunity to bring allies into one another’s inner layers strengthens the individual states, as well as the alliance overall. As the global balance of power continues to shift, Canada, Turkey, their NATO allies, and the alliance itself are all in need of greater cohesion.

In the Middle East, Turkey is a central player while American and Western influence in the region – by no means insignificant – has diminished, at least for now. Turkey’s leaders are important opinion makers, and shaped public opinion throughout the Middle East and North Africa during the ‘Arab Spring.’ It has put forward (unsuccessful) policy proposals to deal with the Iranian nuclear question, attempted to broker an Israeli-Syrian peace deal, and now is the key enabler of the Syrian opposition.
Turkey’s positions, for example on Iran and Israel, do not – and likely will not – align fully with Western stances. But serious policy differences occur even between the closest of Western states – take Canada and the US in 2003 – without necessarily causing long-term damage. In any event, Turkey is highly influential throughout the Arab world, and a strong relationship would help to amplify Canadian and Western ties and influence the region both politically and economically.

Zbigniew Brezinski even argues, in his 2012 book Strategic Vision, that engaging with Turkey should be one of America’s top priorities going forward; that Turkey is central to maintaining US and Western power globally. Canada is a mid-sized but still important part of the West, and its links to emerging powers contribute to the efforts of its closest allies as well.

Of course, there are obstacles to deeper ties. Canadian-Turkish relations have been cool for some time, attributed by His Excellency to Canada’s recognition of First World War killings of Armenians as genocide. However, it appears that the unveiling of a monument dedicated to Turkish diplomat Col. Atilla Altikat and all other diplomats killed by terrorist has helped to repair some of the damage. There is also the matter of the Harper government’s strident rhetorical support of Israel, which even extended to blocking a US-supported G8 resolution calling for a 1967 borders-based solution to the Israeli-Palestinian conflict. This position is unpopular in much of the Arab world, and Turkey is no exception, especially since the 2009 deaths of eight Turkish protesters at the hands of Israeli commandos enforcing Israel’s blockade of the Gaza Strip.
However, the fault cannot be entirely laid with Canada. Turkey’s domestic issues are also cause for concern. Relations between the ruling Islamist-leaning Justice and Development Party (AKP) and the secular military remain tense to say the least. The three-decades old Kurdish Worker’s Party (PKK) rebellion also remains a problem and has even gained steam lately. And the detention of journalists for publishing stories sympathetic to the PKK raises questions about the government’s commitment to freedom of expression and other democratic principles.

These issues are reason for caution on behalf of both countries, but the potential benefits of stronger economic and political ties are great and should not be ignored. The time has arrived for the West to reach out to rising powers across the globe. Forging a Canadian-Turkish strategic partnership is only one part of that, but it is a constructive one, both for the larger picture and for the two countries in question. It will require sustained effort from both sides, but the results could be more than worth the effort.

The Weaponization of Space and the Future of Warfare

Dario Sidhu on the successes and failures of NATO’s partnerships in the Middle East and North Africa.