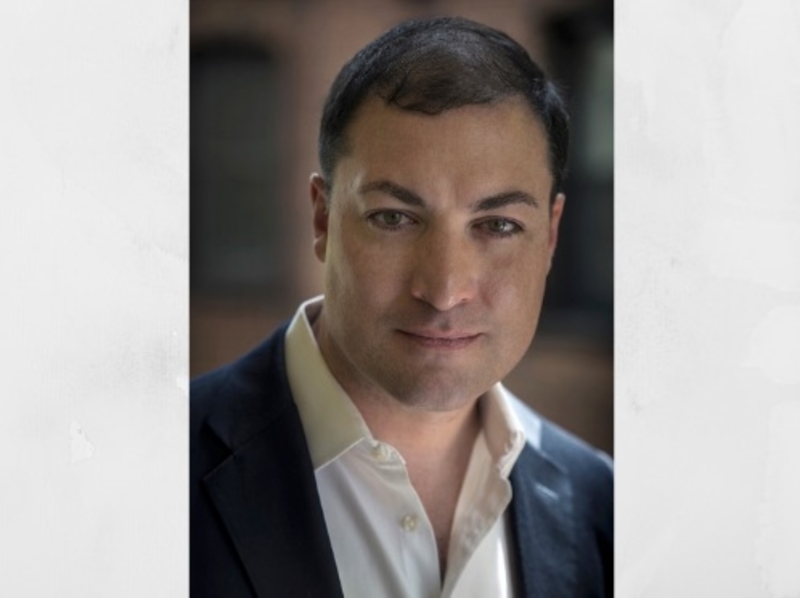 The growing presence of private military companies (PMCs) in armed conflict has introduced major security challenges. Emily Mullin, Program Editor at the NATO Association, spoke to Dr. Sean McFate to discuss the implications behind the rise of PMCs. Dr. McFate is a foreign policy expert, author, and novelist. He has written extensively on the industry in his books, The Modern Mercenary: Private Armies and What They Mean for World Order and The New Rules of War: How America Can Win—Against Russia, China, and Other Threats.

Emily Mullin: Could you tell me about yourself and your background?

Sean McFate: I was an officer and paratrooper in the US Army. I then became a private military contractor, slash, some would say, “mercenary,” mainly in Africa, mainly for the US government, but not exclusively. Then I got to thinking about mercenarism deeply, and it’s been a focus of my research. I advise governments on the issues around the rise of private military force and what it means for international relations.

EM: What drew you to the security field?

SM: At 18 years old, I joined the army, and it wasn’t what I thought I’d be doing for my life. But it’s funny how a career finds a person or a person finds their career. So, here I am, all these years later, a professor at the National Defense University and at Georgetown, where I teach strategy to graduate students as well as seasoned colonels. I’m interested in what makes the world a safer place.

SM: It’s much bigger, and frankly, scarier than most people realize – and that’s by design. One of the things that private military contractors or mercenaries give you is plausible deniability. That’s becoming increasingly important in armed conflict in the 21st century. We live in an information age, where weapons that give you plausible deniability are more effective than raw firepower. Look at how Russia took Ukraine; they didn’t blitzkrieg into Ukraine, which they could have done, instead, they used weapons that gave them plausible deniability like Spetsnaz special forces, Wagner Group mercenaries, little green men, separatist militias, and active measures of propaganda. War is becoming epistemological, which means that telling truths from lies determines victory and defeat rather than battlefield victory. Because of this, we’re seeing the rise of mercenaries everywhere in Ukraine, Syria, Nigeria, Somalia, the Congo, Venezuela, you name it. Thirty years ago, that would have been preposterous, now it’s the norm.

EM: How, in a strategic sense, should Western democracies respond to a military force that acts with impunity and is employed by a state that enjoys plausible deniability?

SM: First of all, Western governments have to be humble about this issue. Most are in denial. I remember when I was a graduate student at Harvard many years ago, my advisor was Ash Carter, who later became Secretary of Defense. This was at the very beginning of the Iraq War in 2003. I asked him about Blackwater. I said, the US is using these private military contractors, which many people consider to be mercenaries, how does this end? His response to me, which I think is indicative of most policymakers, then and now, was this: Who cares? They’re going to go away when the contract ends, they’ll reintegrate into civilian society. But, here’s the problem, Ash Carter was thinking of private military contractors as cheap army reservists who reintegrated back into the civilian labor force after World War II. That’s not what private military contractors are; they are profit maximizing entities. After one contract ends, they’ll find new contracts. We’re seeing allegedly ex-US Army Green Berets and Navy SEALs acting as mercenaries from Yemen to Venezuela. The West, especially the US, has to realize it played a role in the resurrection of this ancient profession, the second oldest profession in the world. The US set a precedent for Russian mercenaries like the Wagner Group to act with impunity. Can the US really wag their finger at Moscow, saying don’t use private military companies, when it relied so heavily on them in Iraq and Afghanistan?

SM: The answer is not much. The Wagner Group is a lot more lethal, and they’re more like a private army. Whereas Blackwater, DynCorp, Triple Canopy, and Aegis served more as high-end security guards. The groups don’t differ in their capabilities; the difference was their contracts didn’t call for the same services. Blackwater actually had a unit, called Greystone, that could do what the Wagner Group is doing today, they just never had an employer for it. The Wagner Group and Blackwater are no different­­, it’s just a label. Private military company, mercenary, if you can be one, you can be the other. There’s no bright line between the two. When the US used Blackwater, the rest of the world, including Russia, saw them as mercenaries. The US said no, they’re private military contractors, so they could avoid the stigma and the legal ramifications of the term “mercenary.” Now, when Russia uses the Wagner Group, they call them a “private military company.” Of course, the US, and the rest of the world, view the Wagner Group as mercenaries. Wagner is working throughout Africa from Mozambique to Libya. They’re one of Moscow’s new weapons of choice. Again, there’s no bright line between a private military contractor and a mercenary. They inhabit the same universe.

EM: There’s a stigma surrounding PMCs even when they positively contribute to security missions. Can you speak to any benefits of privatizing the military?

SM: Mercenaries, they’re like fire. They can either power a steam engine, they can also burn your house down. It depends how you use them. Mercenaries are the second oldest profession, and for most of that history, they were not stigmatized. They were seen as an honorable, albeit bloody, trade. There are mentions of mercenaries throughout the Old Testament in the Bible. Rome used them. Wars in the Middle Ages, in Europe, were fought through mercenaries. Popes had mercenary armies. Everybody had mercenaries, but never with stigma. The stigmatization of the private military force came around the 18th and 19th centuries with the rise of nation-states that outlawed private force. Nation-states were trying to monopolize the market for force, so they outlawed all mercenaries and privateers by the 1850s, which is the source of the stigmatization. It’s a very modern phenomenon, it’s not timeless, it’s not universal. In the last 30 years, we’ve seen the unravelling of the Westphalian world order, the system of nation-states. We’re going back to the status-quo anti of the Thirty Years’ War, where a private force was the norm and not the exception. Eventually, I think the stigma will erode away, and it will be just like before where mercenarism is seen as a bloody, yet acceptable trade.

EM: How concerned should we be about the hiring of PMCs by not just states but anyone who can afford it?

SM: It’s already happening. We’re getting back to an era where the super-rich can become super-powers because the means of warfare are now available in the marketplace. Once you have the commodification of conflict, with mercenaries as supply and rich clients as demand, war cleaves away from the nation-state and becomes completely privatized. This is not the world we grew up in, it’s foreign to almost all four-stars and international lawyers, but it’s how military strategy occurs. Military strategy is blended with economic strategy. Strategies of the Souk, the marketplace, or eBay, now also apply to war. It’s Adam Smith meets Clausewitz. The global elite, the 0.001%, or Fortune 500 companies all have international security interests, and now that mercenaries are more available and tolerated, I think they will start to use them, and states will be sidelined. But, frankly, a lot of states have abused their power by shaking down, for example, the extractive industry. I think the extractive industry is tired of having corrupt governments constantly suck on them. As mercenaries become an increasingly available tool, we will see companies, multinational corporations, and super-rich oligarchs using them, but they can also be used potentially for good. For example, can a megachurch hire them to do a humanitarian intervention, say for Christians in Syria should ISIS come back? The answer is yes, that could happen. So, we’ll see where the world takes us, but we can’t assume that all state militaries are better than all mercenary armies. We tend to think about nations as being purely good, and mercenaries being purely bad, but it’s a fairly naïve perspective to brand states as saints and mercenaries as sinners. You know, would you rather be a POW of Blackwater or a POW of Zimbabwe?

EM: Do you think it’s possible to regulate private contractors and enforce accountability throughout the industry?

SM: I don’t believe you can. The Pandora’s Box is open. Security is the one commodity that cannot be regulated. Who’s going to go into Libya and arrest all those mercenaries? The United Nations, NATO, the US? Nobody is. Even if you did, the mercenaries could shoot your law enforcement dead. I mean, these mercenaries are very lethal. In February of 2018, 500 Wagner Group mercenaries went up against America’s best soldiers: Delta Force, Green Berets, Marines, and with Peshmerga allies. Our best troops called in our best aviation: B-52 Bombers, F-15s, AC-130 gunship, Apache helicopters. It took our best troops and our best aviation, in a defensive position, four hours to beat back 500 mercenaries. Now, what happens when a regular National Guard unit has to face 1000 mercenaries? It’s going to be a Mogadishu moment. It will be a massacre. We tend to think of mercenaries as, you know, Hollywood villains, and they’re not, they’re pretty lethal. That’s why I don’t think international law, which is already very difficult to enforce, is a solution. The chance for international law to assert itself was in the 1990s with the rise of Executive Outcomes and the rise of DynCorp before the Iraq war. That opportunity has passed. Now, you can try to influence the market through market mechanisms, but that, in some ways, also guarantees the growth of the market. So I think it’s inevitable that mercenaries will be a part of the international landscape, as they have been through all of human history, with the exception of 1850 to 1990. The problem with our values is that they’re based on this magical time between 1850 and 1990, and the world is simply reverting back to normal. It’s going to become problematic because mercenaries, at the end of the day, are incentivized to start and elongate wars for profit and will be drawn to the most conflict-prone continents on the world. It’s unfortunate, but I think we need to be savvy to this trend and not ignore it.