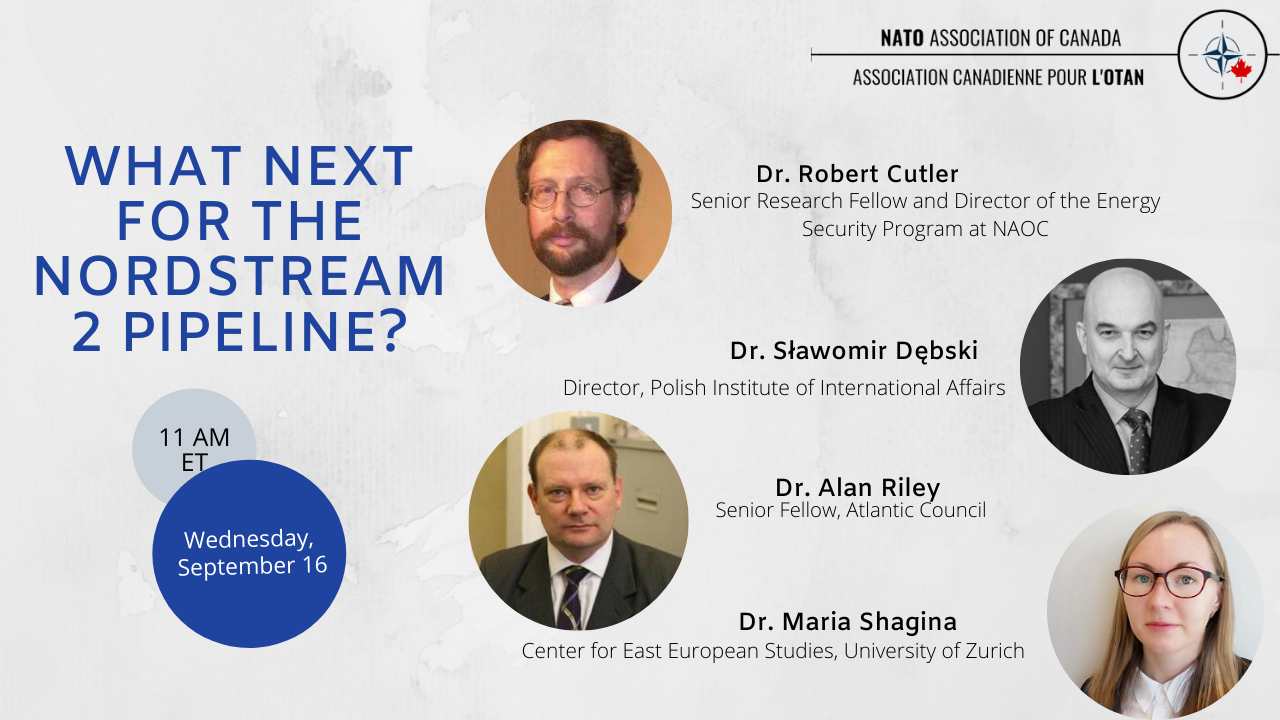 The NordStream 2 gas pipeline, projected to run under the Baltic Sea from Russia to Germany, has been very much in the news lately. First agreed in 2015, it has still not been completed. It first encountered obstacles from U.S. economic sanctions, and now it faces doubts in Europe over Russian behaviour in Belarus and the poisoning of Russian opposition leader Alexei Navalny. Does Europe really need more Russian gas or will that economic dependence open it to political coercion? What are the chances that the pipeline, now 94 percent complete but with construction now halted, will ever be finished? A panel of three world-class experts on the relevant geopolitical, economic and legal issues will join NAOC to address these and other questions in what will undoubtedly be a first-rate discussion.

Dr. Sławomir Dębski earned the PhD in History from Jagiellonian University and is Director, Polish Institute of International Affairs (PISM), Poland’s leading foreign-affairs research and advisory institution. Joining PISM in 2000 as an analyst, he subsequently became research coordinator for Eastern Europe, then head of the institute’s Research Office, and finally in 2007 its Director. In 2010, he established the Center for Polish-Russian Dialogue and Understanding and served as its first Director until 2016. In February 2016, he was appointed PISM’s Director for the second time. He is the editor-in-chief of the quarterly Polish Diplomatic Review, the country’s most reputable foreign affairs journal, which features interviews as well as original research and commentary on pressing contemporary issues.

Dr. Maria Shagina is a postdoctoral fellow at the Center for Eastern European Studies at the University of Zurich. She is currently affiliated with the Geneva International Sanctions Network at the Graduate Institute. Her research interests cover international sanctions and energy politics with a particular focus on the post-Soviet states. Her publications have appeared in the CSS Analyses in Security Policy, European Council on Foreign Relations, Foreign Policy Research Institute, Atlantic Council, and New Eastern Europe. Previously, she held a postdoctoral fellowship at the Ritsumeikan University in Japan and was a visiting fellow at the Centre for Russian, European, and Eurasian studies at the University of Birmingham. She holds a PhD in Political Science from the University of Lucerne.

Dr. Alan Riley specializes in EU law, particularly EU competition and energy law. He sits on the judicial panel of the Energy Community based in Vienna, applying EU law in the energy sector under the Energy Community Treaty to the non-EU Balkan States, Ukraine, Georgia and Moldova. He has written extensively on EU energy law and energy security issues and has advised EU Member State governments and energy companies on EU law and policy issues. He was previously Professor of Law at City, University of London, holds a PhD in European Union law from the Europa Institute, Edinburgh University, and qualified as a Solicitor of the Supreme Court of England and Wales.