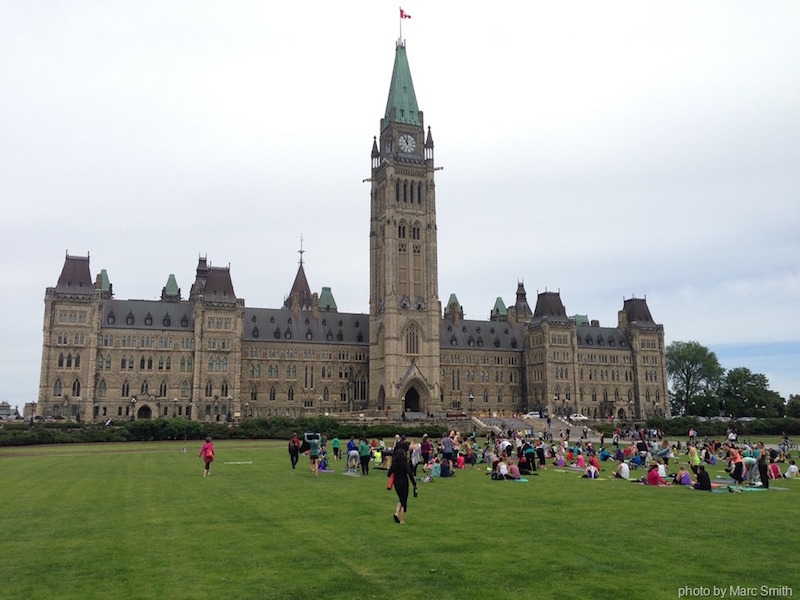 Since the 1980s, an essential element of Canadian foreign policy has been the promotion of good governance and democracy abroad. Some of the first agencies to adopt this mission were Rights & Democracy and the Canada International Development Agency (CIDA). At the federal level funds allocated to this mission have changed over the years, notably under the Harper government.  Consequently, the structure of democracy promotion efforts has changed since their initial integration into the federal government’s foreign affairs agenda. The current Trudeau government’s Department of Global Affairs has unveiled several new initiatives to promote good governance and democracy internationally, and some that will replace some of the Harper-era agencies.

The practice of democracy promotion as part of Canada’s foreign policy agenda became important in the 1980s, after the United States used parts of its development aid to promote democracy abroad. In 1988, the Mulroney government passed an Act of Parliament establishing the International Center for Human Rights and Democracy (ICHRDD). The agency’s mandate was to monitor human rights and promote democracy abroad using the United Nations human rights standards as a guide. The ICHRDD, later referred to as Rights & Democracy was intended to operate at arm’s length from the government. Rights & Democracy helped fund democracy development projects in over 50 countries, often working alongside civil society. The agency began with a $5 million CAD budget giving it a relatively limited reach in what it was able to do in each country. But its “arm’s length” status from the federal government allowed it to engage in more politically contentious missions, sometimes working alongside democratic groups in conflict with the existing non-democratic regime.

Democracy promotion has also been carried out by Canadian International Development Agency (CIDA), a much larger government agency that operated within the realm of the federal government. CIDA was formed in 1968, and began a democratic development mandate in the early 1990s. CIDA was responsible for undertaking most of Canada’s foreign aid programs that worked with governments and international aid agencies such as UNICEF to assist in foreign development.

In 2012, the Harper government decided to eliminate Rights & Democracy, which held an $11 million CAD budget as part of an effort to cut government costs. The Harper government created the Office of Religious Freedoms (ORF) to replace Rights & Democracy, with a smaller budget of $5 million CAD, and brought it under the Department of Foreign Affairs (no longer at arm’s length). Its mandate was much more narrow in its goal, to promote religious freedom around the world. Some of its efforts included purchasing schoolbooks on pluralism in Bangladesh, and sending $500,000 CAD to the Mennonite Central Committee to work with youth in Iraq, Syria and Lebanon in order to help with inter-religious dialogue.

In 2013, the Harper government amalgamated CIDA into the foreign affairs department, and reduced its budget, by $377 million CAD in aid spending. The merger happened as the Harper government was looking to increase the agency’s ties with the private sector looking to contribute to the Canadian government’s international development projects. The International Development minister at the time, Julian Fantino, explained that he believed international aid should help Canadian ‘interests’ – such as trade interests.

On May 17, 2016 the Trudeau government announced the creation of the Office of Human Rights, Freedoms and Inclusion (OHRFI), whose mandate, according to the government’s website is to “…expand on the work undertaken by…the former Office of Religious Freedoms by bringing those efforts together under a comprehensive vision that includes all human rights.” The office will have a $15 million CAD budget, three times as much as the budget for the ORF. Some of the focus of this ‘expansion’ will be to champion the rights of indigenous people abroad.

With regards to the new ways of promoting democracy internationally, the Trudeau government seems to be increasing the funding to the agencies that were either closed on shrunk under the Harper government’s budget cuts. However, the current government has not yet put forth where democracy promotion efforts will be focused, and how these will be carried out. Additionally, it is still unclear whether the Trudeau government and the Department of Global Affairs will return to the original intent of keeping some of the democracy promotion agencies at arm’s length from the government, or whether it will keep the agencies closer to the government and more ‘partisan’ as the Harper government did.

There is a lot to look forward to with regards to democracy and good governance promotion policy, and the Trudeau government’s new trajectory for Canada’s efforts on the world stage.