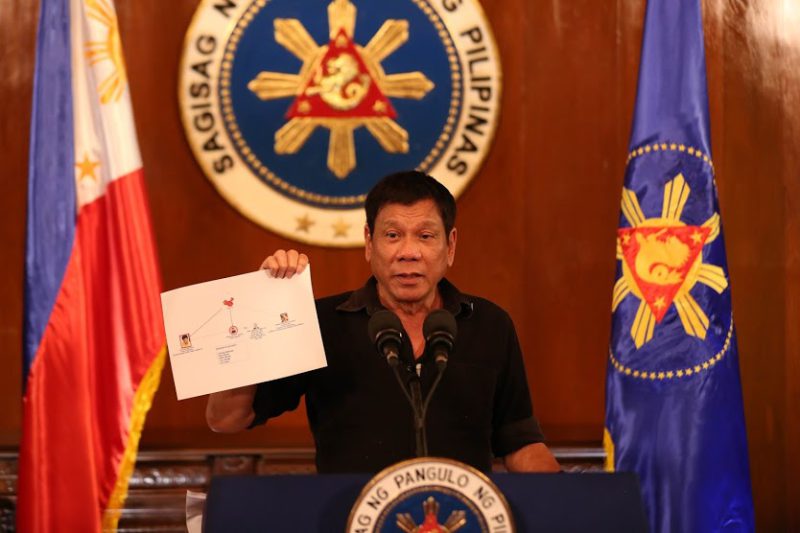 The Philippines has been one of the most significant non-NATO allies of the United States and other NATO members. However, this relationship has come under strain as a new President implements a new strategy towards regaining control over deteriorating conditions in the island state. Recent developments indicate a new trend towards an “open alliance” with Russia and China.

Growing drug addiction, especially among younger segments of the population, has increased instability. President Duterte states that there are 3 million drug addicts, which is over 3% of the population. Organized crime in the Philippines benefits from the situation as drug trafficking provides a core source of revenue.

In May, NATO Association of Canada Research Analyst Michael Kong explored how Islamist separatist groups have also established a lucrative business in kidnapping and extortion. Abu Sayyaf, a Philippine based Islamist group fighting to establish an autonomous region governed by Sharia law in the South, has been fighting against government forces since the 1990s. With shifting international allegiance from Al-Qaeda to Daesh, the group has gained access to additional arms and funds from sources funding global Islamist efforts. Through funds generated from ransoms and drug sales, organized crime and terrorist organizations are able to fund their illegal activities despite the ongoing efforts of the Philippine government.

Terrorist groups and organized crime have become major players in the Philippines, with previous governments struggling to combat their growth. President Duterte, elected on May 9, 2016, has established a strategy of targeted killings of those affiliated with drug trafficking as well as terrorism. By mid August, nearly 1800 had been killed under the new strategy, alarming many international observers and drawing criticism from the United States and other Western nations.

“We have 3 million drug addicts, and it’s growing. So if we do not interdict this problem, the next generation will be having a serious problem… I do not care what the human rights guys say. I have a duty to preserve the generation. If it involves human rights, I don’t give a sh*t. I have to strike fear because the enemies of the state are out there to destroy the children… If you destroy our young children, I will kill you. That is a very correct statement.”

Duterte also explains that the judicial system has previously been unable to prosecute criminals, as the organized groups were able to follow through on threats against judges for convicting their members. The situation is reminiscent of other nations’ war on drugs, where powerful drug cartels are able to undermine the rule of law through violence against members of the judicial and executive branches of government.

U.S. Senators have been openly critical of the developments, resulting in a response from Duterte. He suggests that the U.S. is hypocritical to criticize his methods. President Duterte states that in his war against terror, and war against drugs, he is employing similar methods to the U.S, in that fighting these groups involves collateral damage. He compares U.S. airstrikes in Vietnam and Afghanistan, to the accidental killing of civilians by Philippine law enforcement when engaging armed terrorist or criminal groups.

While many Western media sources express concern regarding the ongoing bloodshed, Russian sources have been reporting with less critical articles. Duterte has expressed that he will form alternative alliances with Russia and China. However, as the Philippines has traditionally been a close partner with the United States, it is not clear what effect this will have on U.S.- Philippine relations. Duterte has stated that the relationship is at the “point of no return.”

The Philippines and China have recently come into conflict regarding territorial claims in the South China Sea. The Philippines won an international legal case in The Hague this July, gaining international recognition of its land claims. China refuses to recognize the ruling yet despite this, President Duterte suggests that the country will move towards an open alliance with China.

The intent to tighten ties with Russia and China is recent news, being explicitly announced in late September. It remains to be seen whether The Philippines will follow through in forming an “open alliance” with Russia or China, and what that will entail. One thing is clear: now is a time of significant change in the Philippines, with a bloody contest to quash rising drug addiction, and shifting geopolitical relationships.

President Rodrigo Duterte presents a chart illustrating a drug trade network (2016), by King Rodriguez via wikimedia. Public Domain by the Government of the Philippines