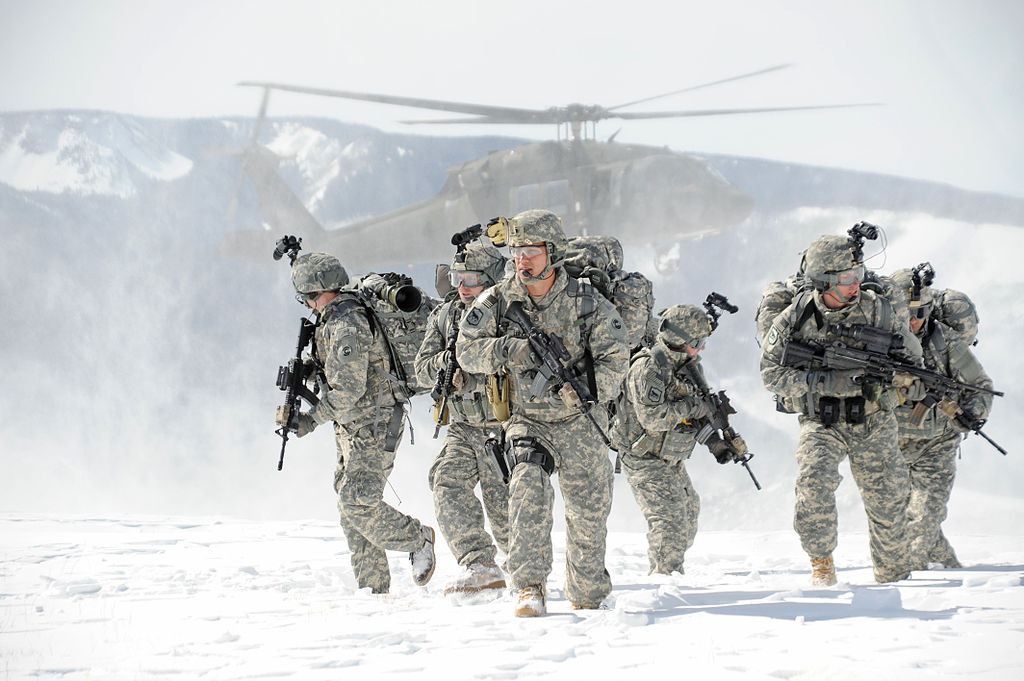 The Philippines have challenged China’s claim to the South China Sea through a pending arbitration case (Philippines v. China) at the Permanent Court of Arbitration. Later this year, the UN tribunal in The Hague will determine whether the disputed territory in question can be considered islands, or if they are merely rocks. Even though the Philippines’ argument is expected to prevail, China has outright denied the legitimacy of the tribunal. Instead, China has been building artificial islands and restructuring reefs to expand its de facto control. The international community to date has been focused intensely on the South China Sea, but this focus should shift towards the Arctic, where the second act of Chinese naval disputes is already in play. And as a middle power, Canada has vital interests at stake concerning Chinese expansion into uncharted waters.

The geopolitics of the Arctic are rapidly changing due to climate change, globalization, and economic opportunities. NASA satellite photography analysis shows that the ice caps are melting at a rate of 9% every 10 years, and some experts predict that the Arctic will melt as soon as 2040. The Arctic region is vast – more than 14 million square kilometres. UN established the Law of the Sea Convention in 1984, and Canada ratified the treaty in 2003. The treaty proclaims that each country owns 370 km from their shoreline, and an additional 278 km from any area scientifically proven to be a continental shelf. This means that 5 countries have a scientific claim to the Arctic: US, Russia, Norway, Denmark, and Canada. However, last month China declared plans to ship cargo through the Northwest Passage waterway – one of the systems over which Canada claims sovereignty. Beijing printed a 356-page guide to Arctic shipping and navigation, calling it a “golden waterway” for future trade. Exploitation of the Northwest Passage means quicker journeys than the Panama Canal, Cape Horn or the Suez. China is looking for more convenient business methods and faster shipping routes. It has become one of Greenland’s biggest investors and has signed a Free Trade Agreement with Iceland in April 2013. Even though it does not border the Arctic and has no territorial claim, it joined the Arctic Council as an observer.

If China disregards the tribunal’s decision and continues to strengthen its de facto control, it will also be disregarding the Law of the Sea Convention – which China signed and ratified. This is a direct threat to Canada’s claim to the Arctic, because the Convention has been used to justify Canada’s control over the Northwest Passage, and guides our claim to the Arctic’s mineral resources. Canada’s “Northern Strategy” was a part of Harper’s administration (with drone surveillance flights and stealth snowmobiles), as well as an election promise of the Liberals. In 2010, when Canada hosted the G7 finance ministers in Nunavut, Harper referred to the Arctic as territory to either “use or lose.”

Currently, Canada has weak control over the Arctic, even compared to Norway and Denmark. Both plans for an additional deep-water navy refueling facility and an Arctic Offshore Patrol Ship program were scaled back and delayed in 2010. In 2014, the government cancelled plans to buy new armored vehicles for Arctic patrol, leaving the military with equipment purchased in the early 1980s. Canada’s Arctic sovereignty exercise, Nunalivut, had 200 personnel. The Canadian Forces Station Alert on Ellesmere is only staffed by 55 personnel, and there are only 1,850 part-time Rangers scattered across various patrols. In contrast, Denmark, Norway, Sweden, Finland, the US, and Russia all have a permanent combat force in the Arctic. Norway also moved its military command headquarters to the Arctic, and Russia exercises over 80,000 personnel – more than Canada’s entire military.

There have been recent efforts to strengthen our Arctic claim. In January, the Liberals put out a quiet call to contractors for sensors and satellites at strategic points along the Passage. The Department of Defense announced last month that it will spend $133 million over the next 5 years on All-Domain Situational Awareness technology, to reinforce the existing North Warning System. A Halifax-based company, Bluedrop Training, recently won a $15 million 3-year contract to develop software to run virtual reality simulations in training new Arctic offshore patrol ship crew.

Despite these advancements, it is still clear that the Canadian navy is in no condition for a long-term military contribution. This means it is all the more important for Canada to strive to “preserve the rules regime”, as Gerald Wright, Senior Fellow at Carleton University, urges. The dispute over the South China Sea can be a detrimental precedent to potential cooperation over Arctic sovereignty. It will serve as a justification for both China and Russia – who also sees a huge strategic opportunity in the Arctic against the West – to increase its claims. Russia’s big geographic disadvantage is its limited access to oceans. In cases of conflict, its fleets could be denied passage through Turkey, Denmark and Norway. The US has not ratified the Law of the Sea Convention, and therefore Canada cannot always count on the US’ support in this matter.

During the Cold War, the Arctic was inseparable from issues of national security and nuclear deterrence. And now, due to increased effects of climate change, it has again become a territory of uncertain outcomes.