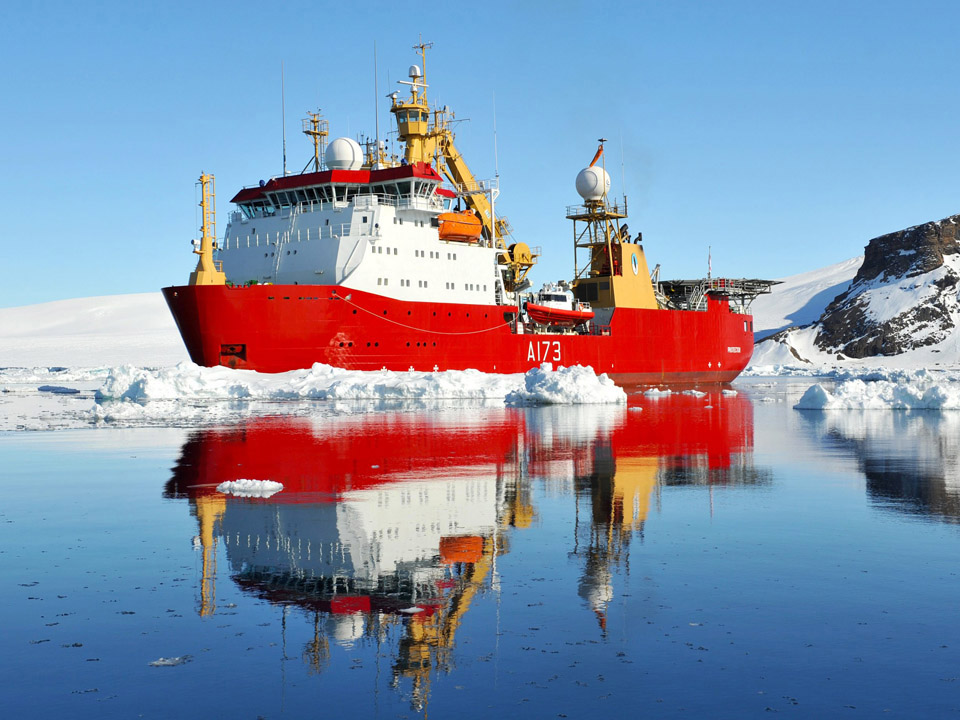 The Royal Canadian Navy (RCN) has employed the Regulus program for several years to facilitate training exchanges with allied maritime forces, sending RCN officers to serve aboard vessels usually from fellow NATO member states. However, a Regulus exchange conducted between December 2015 and June 2016 promises to have a particularly significant impact for the RCN’s knowledge base. During this period, the RCN has assigned two officers to serve abroad a Royal Navy ice patrol ship, HMS Protector, as the vessel patrols the coastline of the British Antarctic Territory.

Although Antarctica has no permanent residents, several countries administer territory there and maintain scientific outposts: the United Kingdom, the United States of America, Argentina, Chile, Australia, New Zealand, France, and Norway. This is not to say that Regulus 2016 was significant because it brought Canadian military personnel ‘to the ends of the earth’. In fact, Antarctica has previously been a destination for expeditions led by wounded Canadian veterans seeking to draw attention to the physical and psychological injuries suffered by Canada’s newer generations of soldiers. Instead, Regulus 2016 is significant because it offers a rare opportunity for RCN vessels to experience navigation and ship handling in ice-choked waters.

The Canadian Coast Guard has traditionally had responsibility for icebreaking, although its capabilities have declined significantly in recent years and work on CCGS John G. Diefenbaker has been postponed. RCN personnel will soon need to become familiar with this practice, however, as the first Harry DeWolf-class Arctic patrol ships are delivered to the RCN in 2018. These vessels are expected to possess some limited icebreaking capabilities, dubbed “slushbreakers” by some as a result, in order to help enforce Canadian sovereignty in the Northwest Passage and other Arctic waterways. Spending time aboard HMS Protector, as well as future exchanges with the Royal Navy on Antarctic patrols, could assist the RCN in developing the know-how and best practices necessary to make the most of Canada’s new Arctic patrol ships.

The 2016 edition of this exchange included both a Regular Force officer and a Naval Reserve officer. It is important that this dynamic be maintained in the future, especially if the focus is placed on Arctic or Antarctic navigation. The RCN’s 12 Kingston-class coastal defence vessels, which afford the RCN the capability to patrol Arctic waterways free of ice cover in the summer months, are nearing the end of their operational lives. When it comes time for Canada’s Department of National Defence to acquire new vessels to replace the Kingston-class, they may possess “slushbreaking” capabilities comparable to the Harry DeWolf-class. The current array of Kingston-class vessels are crewed by a roughly even split between Regular Force and Naval Reserve personnel given their coastal defence role. That practice would very likely remain the same aboard the successors to the Kingston-class.

All in all, these Antarctic expeditions are a testament to the excellent relations the RCN enjoys with partner navies and the high regard in which British military personnel hold their Canadian counterparts. The lessons learned will help Canada further advance its professionalism operating in extreme climes.