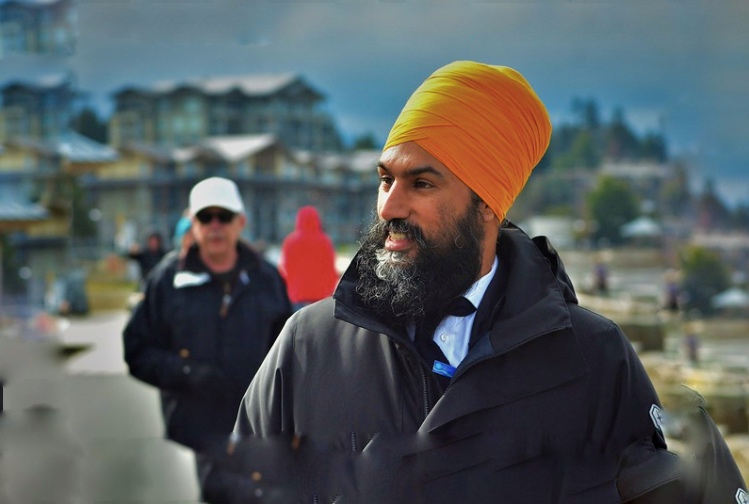 Since its founding convention in 1961 the Canadian New Democratic party has wavered in its stance on NATO. Throughout the 20th century the NDP has openly opposed Canada’s involvement in treaties such as NATO and NORAD, expressed concerns that military integration with the United States poses a threat to Canadian sovereignty, and has called for Canada to become a nuclear-free zone.

In July 1987 the NDP released a white paper on defence called “Canadian Sovereignty, Security and Defence” that officially confirmed the party’s intent to pull Canada out of NATO. The paper proposed that the estimated $1 billion in savings that would result from this decision be put towards building Canada’s capacity to defend its own sovereignty and territorial integrity, especially in the Arctic. An essential part of this capacity building would include the acquisition of six Aurora Long Range Patrol Aircraft, 12 non-nuclear submarines, 18 frigates, and a fleet of helicopters. The NDP, under Ed Broadbent, argued that the plan would result in the ”Canadianization” of Canada’s air defences.

The polls of the time suggested that Canadians were backing the NDP, but not necessarily their stance on NATO. In November 1987, The Globe and Mail showed the NDP with 38 per cent support nationwide, compared with 35 per cent for the Liberals and 24 per cent for the governing Conservatives. However, on the NATO issue specifically, polls found that only 33 per cent of those surveyed were in favour of withdrawal, compared with 53 per cent against.

Due to the seeming likelihood that the NDP would win the 1988 election, the NDP’s stance on NATO attracted substantial press coverage across Canada. In keeping with the results of the polls, a Canadian Journal of Communication study from 1991 found that the majority of the press coverage of “Canadian Sovereignty, Security and Defence” was negative. Many Canadians agreed with Broadbent’s ideas about childcare, job creation and tax reform, but the defence file was a weak point in their campaign. Macleans magazine wrote in 1987 that the party’s resolve to withdraw Canada from the NATO alliance went against the view of many Canadians “that Canada has an historic role to play in NATO”. Broadbent responded to critics by presenting his defence policy as one that would allow Canada to make a more effective contribution to peace by concentrating on its armed forces at home.

The 1980s were not the first time that NATO’s relationship with the Canadian New Democratic Party had caused friction. The NDP’s predecessor, The Co-operative Commonwealth Federation, supported NATO. In early 1949 the National Council of the CCF announced that they supported Canada joining a North Atlantic security pact. However, when the party passed a resolution supporting NATO at its 1950 convention, it was met with aggressive opposition from its opponents. CCF party secretary David Lewis later wrote, “the NATO issue did not disappear. It had to be dealt with at every subsequent convention, and always produced one of the most heated debates.”

Canada’s involvement in a security pact proved again to be a contentious issue at the NDP’s founding convention in 1961. The idea of abandoning NORAD but remaining in NATO was proposed as a compromise resolution on military alliances, but was quickly shot down.

Ultimately the NDP did not end up winning the 1988 election, so they did not have the opportunity to put their defence policies into practice. Over time the party’s stance on NATO has evolved again, swinging back in its favour. Early in his leadership, Jack Layton affirmed that Canada under an NPD government would remain in NATO.  At a 2015 federal election debate NDP leader Tom Mulcair called the NDP proud members of NATO, and said his government would make the alliance a cornerstone of its foreign policy.

So far there has been no significant indication that new leader Jagmeet Singh plans to change the party’s position. However, during his leadership campaign in 2017, he met with the NDP’s socialist caucus who demanded he declare his position on, amongst other topics, Canada’s withdrawal from NATO. “Do you commit that under your leadership the NDP will demand that Canada get out of NATO immediately?”, was the exact question posed. In addition, at a meeting of New Democrats ahead of the 2019 election, a resolution calling for Canada to leave NATO was submitted to Singh by delegates.

While these anti-NATO sentiments undoubtedly exist within the New Democratic Party, the percentage of party members who support the transatlantic security partnership falls only about 10 per cent below that of the other parties. According to 2017 polls from the Pew Research Centre, 75 per cent of Liberal Party members and 74 per cent of Conservative Party members have a positive view of the security alliance, as do 65 per cent of New Democrats.

Rachael McCulloch completed her Bachelor of Journalism with a minor in political science at Carleton University in 2017, and is currently working towards a Master of International Public Policy and Diplomacy at University College Cork. Her past research has focused on the role of traditional and social media in international relations, government and social movements. Rachael spent two years working on Parliament Hill as a legislative assistant for a Member of Parliament representing Northern Ontario. During this time she was able to foster her interests in northern affairs, rural infrastructure and development and environmental policy. She has written for various community and student publications in Toronto, Ottawa and Ireland about local news, politics, business and the arts. Rachael can be reached at rachaelmcculloch95@gmail.com. View all posts by Rachael McCulloch →