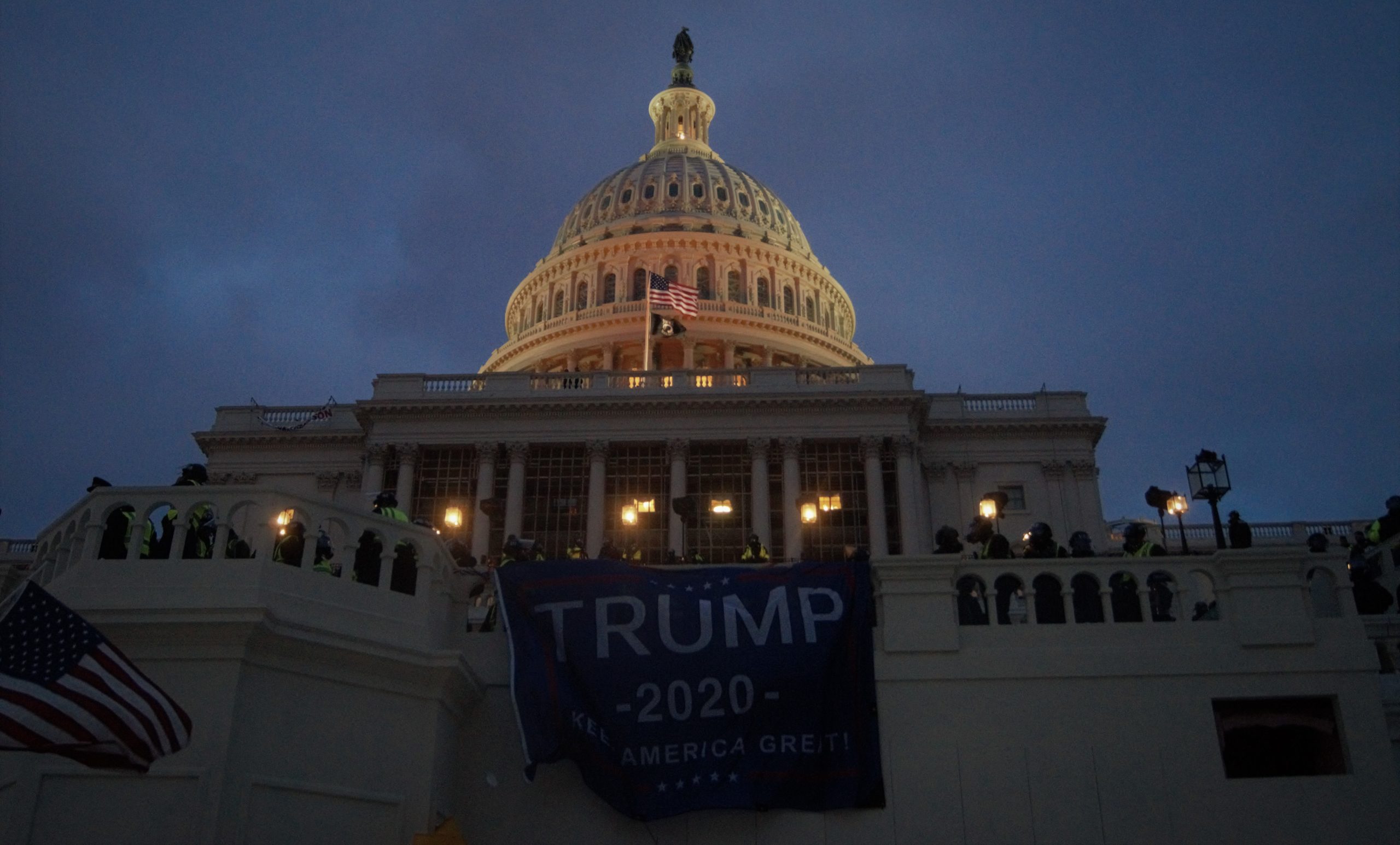 On January 8th, two days after a pro-Trump mob stormed Capitol Hill demanding that legislators overturn the results of the recent US election, resulting in the death of five people, Twitter CEO Jack Dorsey announced the decision to permanently suspend Donald Trump’s Twitter account “due to the risk of further incitement of violence.” Other social media companies, such as Facebook and YouTube, temporarily suspended Trump’s accounts. The decision instantly sparked widespread controversy and conversation surrounding free speech rights and the power of big tech companies.

In this feature of the Editor’s Forum, the program editors at the NATO Association of Canada weigh in on whether the ban was a right and justified decision.

How the Use of Social Media led to Capitol Insurrection

On January 6, 2021 the United States Capitol was taken over by a mob of Donald Trump supporters who were trying to stop congress from certifying the 2020 election results. Facebook and Twitter’s decision to ban Donald Trump came in the aftermath of him posting a video telling the rioters that he loves them, after weeks of using social media platforms to incite violence. The following day Facebook, Instagram, Twitter, Shopify, Snapchat all banned Donald Trump from their platforms. Even the self-proclaimed “free speech” platform Parler has been taken off the Apple Store and the Google Play Store.

Social media and tech companies have been trying to fight disinformation for the past 4 years but are now confronted with a situation where their political caution and deference to free speech , have turned their platforms into hubs of misinformation. It was only in 2020 that companies like Twitter created a policy banning any form of misinformation. Social media companies like Facebook and Twitter have allowed politicians to bend their rules due to the fact that their comments are too newsworthy to censor. What these companies, especially Twitter, have come to understand is that misinformation gets spread from high profile individuals like Trump, who had 87 million followers prior to the ban. Even though the disinformation spread by Trump doesn’t start with him, he is an endpoint in a supply chain of misinformation that gets spread. Trump averages more than 1,000 tweets a month, with nearly 17,000 retweets each, an unparalleled volume in the English-speaking world, according to researchers.

By banning Trump from social media and in particular Twitter, the spread of disinformation will slow down due to the fact that a major vector for misinformation has been removed. Also with no way to reach his followers, many will drift away as they are no longer hearing from him, therefore allowing other Republicans to gain their trust.

Twitter’s move to permanently ban Donald Trump from the platform raises valid concerns about the unchecked power of the big tech. But it was not an attack on free speech; an act of censorship comparable to actions of an authoritarian state.

In fact, Mr. Trump’s permanent ban from Twitter and suspension from countless other social media platforms is an appropriate response to the events of January 6th, in which the former President’s repeated calls for an uprising and violence played a direct role. He told the protestors in D.C. to “walk down the Capitol.” Shortly after the mob stormed the Capitol building, an attack that culminated in five deaths, he posted a video message on Twitter with a lackluster request that the crowd go home, but not without reminding them that he loves them and that they are “very special”. And in the summer of last year, he gave his support to his teenager supporter who killed two Black Lives Matter protestors in Wisconsin, causing irreparable damage to the integrity of the office of the President.

The decision to remove Trump from social media did not come after commonplace partisan disagreement. Trump’s wrongdoing lies in direct incitement of American people to violence – an unquestionable criminal offence in liberal democracies. Nor was the decision an infringement on his first amendment rights: there is no constitutional guarantee to appear on a particular platform run by a private company. Donald Trump wasn’t censored; this is not comparable to someone facing criminal charges for expressing alternative viewpoints. The former president is not only able to freely express himself in public discourse, he also has access to major news networks. What he is facing is not censorship: it is called consequences.

At the core of the fundamental right to free speech is a simple, yet crucial caveat: as philosopher John Stuart Mill argued, one’s liberty may be infringed upon to protect others from harm and violence. Twitter’s decision plays an important role in protecting the public from future attacks on the Capitol building, which was planned in broad daylight on public forums and fuelled by Trump’s rhetoric. Anything less would jeopardize democratic integrity.

It is unfortunate that the U.S. Constitution’s First Amendment, strictly mandating the freedom of speech with token restriction, is not enforceable against private companies. This prevents Twitter and others from being compelled to rescind their bans on President Trump’s accounts. Notwithstanding the changes to law needed, these organizations have sullied themselves by banning his accounts – expressing contempt for the fundamental right of speech, and making themselves worthy of reprisal.

Their decision would be less terrible in a different world, where other fora were available to equivalently express oneself. However, current circumstances have prevented these from being effectual. The public square is unavailable amidst lockdowns, television media has often refused to air certain speeches in full (stemming from its self-styled, patronizing, partisan and unfounded position as a ‘filter’), radio’s reach is inadequate and other fora committed to free speech (e.g., Parler) are being removed from the internet. In this context, social media remains the sole entity enabling everyone the exercise of First Amendment rights in a manner equivalent to others. Thus, despite being privately held, they perform a crucial public function in a democratic republic – and must be subject to the constitutional protections for free speech. If not, society cedes power to private corporations to control political discourse, making them the ultimate determinants of our fate at the expense of individual rights.

To this end, banning Trump was most egregious – depriving him of the equal exercise of his First Amendment rights, which are inviolably held by all regardless of their position in society. In addition, the decision’s reasoning – risk of “incitement to violence” – was deeply flawed: incongruous with the legal standard for ‘incitement’ outlined in Brandenburg v. Ohio (i.e., literally and unambiguously causing “imminent lawless action” beyond all reasonable doubt), which is authoritative. Moreover, Twitter and others totally discounted the better alternative – placing disclaimers on content (or removing individual posts) – rather than banning his accounts in totality, and restricting his other, constitutionally-protected expressions.

Consequently, as Angela Merkel put it, the decision to ban Trump is “problematic” at best; and damning at worst. Should they not relent, social media must righteously face responses – e.g., anti-trust, immunity losses, and financial damages – to reassert the sacred right of free expression, for all.