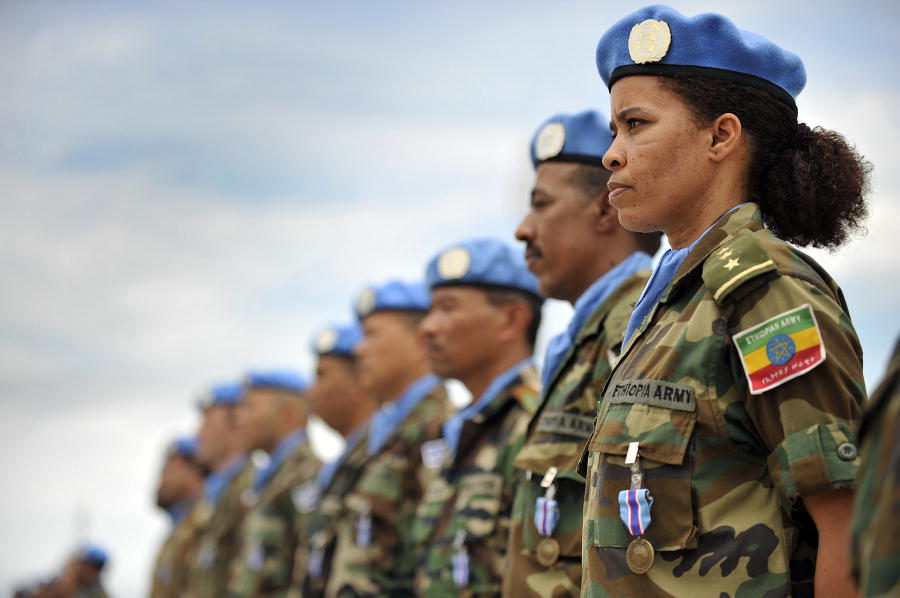 United Nations Security Council Resolution (UNSCR) 1325 has been regarded as a landmark document that recognized the need to engage more women in peacebuilding and peacekeeping processes. UN Secretary General Ban Ki-Moon has commissioned a Global Study on the Implementation of United Nations Security Council Resolution 1235 in preparation for this year’s High-Level review of UNSCR 1325 just in time for its 15 year anniversary. It is being led by UN’s Entity for Gender Equality and the Empowerment of Women (UN Women).

The Global Study insightfully notes that notions of security and peace, as well as the nature of conflict have undergone change over the past 15 years. For instance, the Global Study highlights that the definition of security has expanded beyond physical threat to incorporate political, social and economic elements. The Global Study also outlines progress made by the international community to enhance female participation in peacekeeping and peacebuilding. For example, the member of senior women being appointed to positions of leadership has increased. Major General Kristin Lund was appointed as the first female Force Commander of the United Nations Peacekeeping Force in Cyprus.

While there has been progress, the Global Study outlines work that still remains to fully realize the goals of the women, peace and security initiative. The Global Study identifies inadequate financial resources as an obstacle that needs to be addressed in order to effectively implement UNSCR 1325; rhetoric must be matched with action. Moreover, the Global Study notes that there have been limited prosecutions when allegations of sexual violence have come to light. One of the recommendations of this study is to explore the possibility of establishing an International Tribunal Exploitation and Abuse by UN peacekeepers and UN staff stationed in the field. This recommendation is critical, especially because UN peacekeepers in the Central African Republic have recently faced allegations of sexual abuse.

The High-Level review on UNSCR 1325 took place earlier this month. On October 13, 2015, the UN Security Council adopted UNSCR 2242 prior to an open debate on the implementation of UNSCR 1325. UNSCR 2242, addresses changing security challenges by incorporating concerns about extremism that were also identified by the Global Study. Specifically, UNSCR 2242 “calls for the greater integration by Member States and the United Nations of their agendas on women, peace and security, counter-terrorism and countering-violent extremism…[and] requests the Counter-Terrorism Committee (CTC) and the Counter-Terrorism Committee Executive Directorate (CTED) to integrate gender as a cross-cutting issue…[and] hold further consultations with women and women’s organizations to help inform their work…”. Secretary-General Ban Ki-Moon emphasized that,“at a time when armed extremist groups place the subordination of women at the top of their agenda, we must place women’s leadership and the protection of women’s rights at the top of ours.”

The Global Study identifies 2015 as an important and transformative year for the United Nations. The Study argued that the launch of the 2030 Sustainable Development Goals, the High-Level Independent Panel on Peace Operations, the 2015 Review of the UN peacebuilding architecture as well as the 2015 High Level Review of UNSCR 1325 indicate that the United Nations is engaged in a critical period of self-reflection. At the open debate, Secretary General Ban Ki-Moon stated that,

“any reforms must include gender equality and women’s leadership as central ingredients, and must be strongly grounded in human rights.”

He added that such should be the overarching theme emerging from the reviews of UNSCR 1325, the peacebuilding architecture and peacekeeping operations.