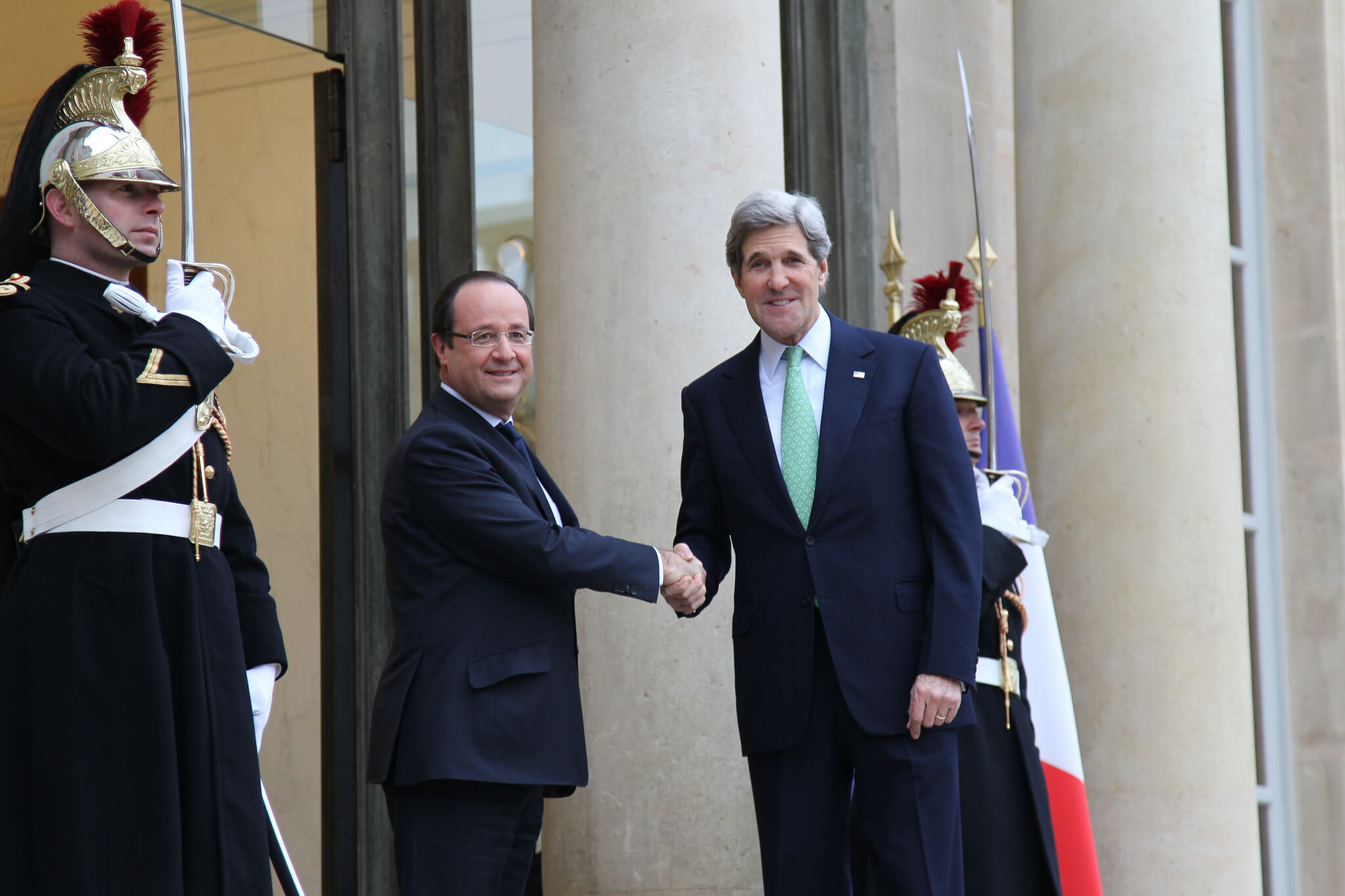 The importance of rhetoric has always had a place in international politics, and the case of President Hollande’s speech following the tragic attacks in Paris this past week is no different. The importance of four words in his speech, “Un Acte de Guerre,” an act of war has dramatic implications on NATO and Canada as well. It is important in the coming days and weeks that these circumstances be carefully considered, and the options and obligations that are associated with them not taken lightly.

Hollande’s use of language has clearly placed the Paris attacks in the realm of a security threat to the Alliance, if they were not already there. This could have been done deliberately as an attempt to draw a particular international response, or inadvertently in a moment of obvious emotional distress. Either way, there are certain actions that will occur, namely the potential invocation of Articles 4 and 5 under the North Atlantic Treaty. Rhetoric plays a very important role in the way that crises are discussed on the international stage. This is evident in in the terminology used by Hollande, and the subsequent response it garnered.

While the negotiation of support will occur in an informal way across all of the Alliance states, there are some more formal actions that could take place as well.

Article 4: The Parties will consult together whenever, in the opinion of any of them, the territorial integrity, political independence or security of any of the Parties is threatened

The first step in the formal process for France and the rest of NATO is to organize, discuss and prepare for the possibility of a coalition to combat ISIS. While this is not guaranteed, it seems almost impossible that this attack would not at the very least call on Article 4. The language being used to describe it both by France and the popular media could suggest that France will seek to invoke Article 5, in a similar fashion to that of 9/11, in order to combat ISIS in Syria.

Article 5: The Parties agree that an armed attack against one or more of them in Europe of North America shall be considered an attack against all and consequently they agree that, if such an armed attack occurs, each of them, in exercise of the right of individual or collective self-defence recognized in Article 51 of the Charter of the United Nations will assist the Party or Parties so attacked by forthwith, individually and in concert with the other Parties, such action as it deems necessary, including armed force, to restore and maintain security of the North Atlantic area.

France could invoke the attack against one shall be considered an attack against all clause of Article 5. This would force the hand of many NATO members, for example Canada which had previously decided to end part of its combat role in Syria. Canada has decided under the new Government to cease its air bombing campaign, as well as a restructuring of its various other roles in Syria. Now, under Article 4 and 5, Canada may no longer have a choice in that matter. The expectation is that all members of the Alliance commit to a coalition, and this leaves Canada with the option of disregarding its NATO obligations and risk tremendous political backlash or revising its withdrawal.

In the event that France pursues Article 4 and 5, the inevitable outcome is uncertain. In 2001, Article 5 was invoked in response to the terror attacks in the United States. What came from that decision was partly symbolic solidarity, it also involved the establishment of the first ever NATO anti-terror operation,

“On 4 October, once it had been determined that the attacks came from abroad, NATO agreed on a package of eight measures to support the United States. On the request of the US, it launched its first-ever anti-terror operation – Eagle Assist – from mid-October 2001 to mid-May 2002. It consisted in seven NATO AWACS radar aircraft that helped patrol the skies over the United States; in total 830 crew members from 13 NATO countries flew over 360 sorties. This was the first time that NATO military assets were deployed in support of an Article 5 operation.”

What remains in question is whether or not France will invoke these measures? The rhetoric of Hollande’s discussions and speech suggests that they will, however, this is not a certainty. Hollande has gone as far as to suggest a coalition between the US, France and Russia. Russian Deputy Foreign Minister is quoted by Krishnadev Calamur in his article for The Atlantic, “we hope that the events in Paris maybe after all will clear the air and will change the scale of priorities of our colleagues in Washington and in other NATO capitals a little bit.” The proposal of a coalition between the three could supersede the relevance of NATO Article 5, or could bolster it greatly in the fight against ISIS.

While there is much that remains to be seen or understood. It is interesting how the use of simple language and phrases can invoke such monumental international response. It has made promises of Canadian withdrawal potentially obsolete, it has empowered potential coalitions between the US and Russia, and in the end will hopefully invoke a sense of solidarity against a truly cruel terrorist organization.