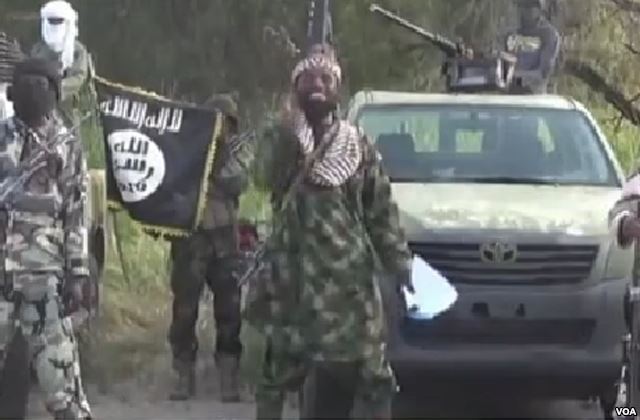 Nigeria’s elections, scheduled for Saturday, February 14, 2015, will see fourteen candidates compete for the presidency of Africa’s largest economy and democracy. Leading the fight are the People’s Democratic Party (PDP) candidate and current president Goodluck Jonathan, and the All Progressive Congress (APC) candidate Major General Muhammadu Buhari. Jonathan, who beat Buhari in the last election campaign, has attracted controversy over the last few years as a result of his failure to end the violence perpetrated by the Boko Haram Islamist terror network in the West African nation. The growth of Boko Haram remains the key election issue, with Nigerians still struggling to come to terms with the kidnapping of 219 schoolgirls from the village of Chibok last April.

In 2009, Boko Haram, whose name translates from the local Hausa language to “western education is forbidden”, was formed by radicalized Muslim cleric Mohammed Yusuf. Boko Haram has violently condemned common Western practices, including voting in elections, secular education, and wearing shirts and trousers. It has since been carrying out guerrilla attacks on Nigeria’s army and civilian population in an effort to create an Islamic state, gaining notoriety for the Chibok kidnapping and the promises made by its leadership to ‘sell and marry the girls off in the market’. The Nigerian army has yet to retrieve the girls, and the public has been left to speculate where they could be and whether or not they remain alive, while Boko Haram has claimed that the girls have converted to Islam and have been successfully married off.

The ongoing conflict has also led to the displacement of an estimated 1.5 million Nigerian citizens and the loss of territory to the terror group in the North East, where an unofficial ‘caliphate’ has been established by current Boko Haram leader, Abubakar Shekau. Ongoing kidnappings and growing instability, including the kidnapping of 80 civilians from neighbouring Cameroon late last month and the murder of between 150 and 2,000 civilians in the Nigerian towns of Baga and Doron Baga by Boko Haram gunmen on January 3, raises concerns regarding the extent of the terror group’s reach.

Boko Haram, which has an ethnic composition made up mostly of Kanuri tribesmen, has been known to carry out forced conscriptions, adding a tribal dimension to an already complex regional and religious phenomenon. The terror network is largely self-funded, generating the majority of its resources from ransom payments, bank robberies, and extortion, and is likely responsible for the daily loss of oil in Nigeria, valued at $US2 billion, which amounts to between 300,000 and 400,000 barrels. This is a result of oil “bunkering”, or hacking into pipelines to steal crude then refining it or selling it abroad. Boko Haram is also self-armed, obtaining weapons through sieges conducted on the Nigerian military and police stations.

While Boko Haram is largely deplored across Nigeria, its rapid growth is telling of the discontent felt towards the Nigerian government by disenfranchised Muslims and members of the lower classes. In 2002, Yusuf set up a complex in Maiduguri, which included a Mosque and a religious school. Many poor Muslims from Nigeria and other West African countries enrolled their children at the school, which they saw as an alternative to the government-run “Western” schools and a political system set up to favour the ruling class, the latter of which the Islamists believe perpetrates a systemic economic inequality in Nigeria. The school has since become one of the main recruiting grounds for the Islamist Jihad in West Africa.

In May 2013, Jonathan declared a state of emergency in the states of Borno, Yobe, and Adamawa. The threat posed by the terror group does not seem to be waning, however, creating serious implications for stability ahead of the election. In January, Chadian soldiers were deployed to rid Nigeria’s northeastern border of Boko Haram militants. Also, last Friday, The African Union commission chair, Nkosazana Dlamini-Zuma, announced that the regional security alliance, established in 1999 to foster the emergence of “an integrated, prosperous and peaceful Africa, driven by its own citizens and representing a dynamic force in the global arena”, would launch a Multinational Joint Task Force with a mandated timeframe of one year. The Task Force is set to conduct “military operations to prevent the expansion of Boko Haram and other terrorist groups’ activities and eliminate their presence”. This followed a statement made to the BBC on January 23 by Jonathan’s national security advisor, Sambo Dasuki, that Nigeria does not need external help to take on Boko Haram. On January 29, there were reports coming out of Nigeria that aerial bombings had been conducted by the military on the town of Malumfatori, which lies off the shore of Lake Chad.

Jonathan is not completely free of blame however, as the PDP has been accused of widespread corruption and has been linked by Human Rights Watch in their World Report of 2014, to “indiscriminate arrests, detention, torture, [and] extrajudicial killings, [which were carried out] on those suspected to be supporters or members of Boko Haram”.

There is no doubt that this year’s election will be unlike any other held previously in Nigeria. This last Sunday, Boko Haram seized the northeastern Nigerian town of Monguno, as US Secretary of State John Kerry arrived in Abuja, urging both Mr. Jonathan and Mr. Buhari to maintain a peaceful election campaign. Later, on Monday, a female suicide bomber blew herself up, killing at least one person and wounding 18 others in the process, during a campaign rally held by the Jonathan camp.