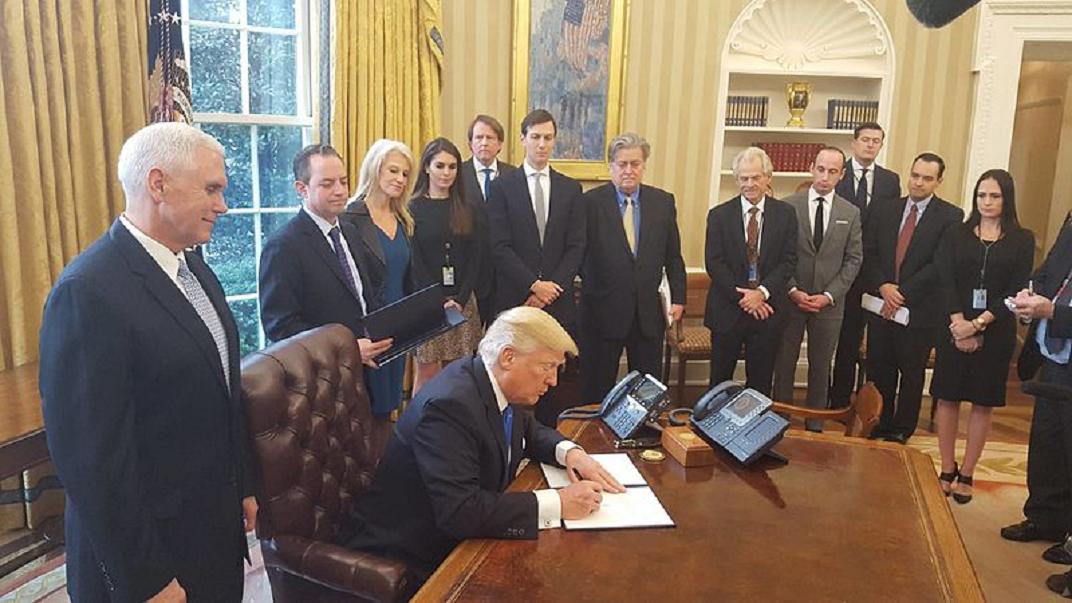 By now many people will be familiar with the name Sean Spicer, the new White House press secretary. During his first press briefing he made the extraordinary claim that Donald Trump had attracted “the largest audience to ever witness an inauguration, period, both in person and around the globe,” despite clear photographic evidence to the contrary.

Unless Spicer was not aware of the photos beforehand, which is implausible, his blatant defiance of the truth was deliberate. Ari Fleischer, himself a former White House press secretary, referenced Spicer’s briefing using Twitter. He observed that “This is called a statement you’re told to make by the President. . . . So, while press is stunned & can’t believe it, Sean is getting praised . . . [Mainstream media] is from Venus. [White House] is from Mars.”

This was a statement he was told to make by the president, no doubt on the advice of the president’s Chief Strategist Steven Bannon, and Counselor to the President Kellyanne Conway. Electoral campaigning is as much a science as it is an art; serious candidates are armed with polling data and focus-group results that tell them which issues they should promote, and even which specific spoken phrases have purchase among targeted voting demographics. A recent Gallup poll shows that over a third of Americans believe that the media has been “too tough” on Donald Trump, including a large majority of Republicans. Likely having keyed in on information like this, throughout his electoral campaign Trump claimed that the mainstream media, which he insists holds a liberal bias, was out to attack him unfairly at every turn.

Spicer’s baffling insistence on the inauguration’s crowd size appears to fit into a broader communications strategy designed to bait the press establishment, and so far it has worked swimmingly. Caught off guard by such a trivial but audacious lie, the press predictably went bananas, just as the White House hoped it would.

Even though such blinding cynicism can be taken to represent a larger threat to government transparency, and hence to democracy writ large, the triviality of the targeted issue is what makes the lie brilliant. Trump’s advisors correctly predicted that any demonstrable falsehood – especially one made during the very first press briefing – would enrage the media. They were then able to act as innocents, replying that the administration was trying to advance on more important concerns, but was being hampered in that noble endeavour by the ‘biased’ and pedantic media’s hair-splitting obsession with a meaningless detail.

When grilled on the matter by Chuck Todd on Meet the Press, Kellyanne Conway clung to plausible deniability, contesting the assertion that anyone could know the crowd’s true size. She spun the conversation around, notably still employing the word ‘facts’, to criticize Barack Obama on his policies regarding poverty and health insurance. Then, in what was perhaps the interview’s most important moment, Conway capped off the segment by telling Todd that “the way that you just laughed at me . . . is symbolic of the way we are treated by the press.” Her performance catered perfectly to the millions of Americans who already distrust the mainstream media and resent what they perceive to be liberal condescension, winning President Trump leverage in the public relations battles ahead.

This unique strategy allows the Trump administration to set the tone, distract the press, and sustain a crucial narrative. It also exploits the frightening power of an emerging ‘post-truth‘ zeitgeist, in which a shocking number of people care more about making a partisan statement than they do about pursuing the truth.