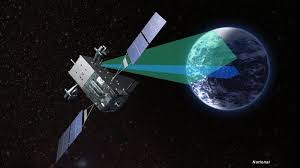 Since the end of the Cold War, western militaries have been transformed and significantly reduced in size. With a new emphasis on speed, agility and adaptability, an army unit today is able to cover a few hundred times more ground in the same time that a similar unit could cover just a few decades ago. Most of this change has been aided by the use of assets in space such as satellite systems.

Although it is rarely mentioned, satellites are a crucial aspect in every mission undertaken across the entire military spectrum today. The uses include precision navigation, timing, munitions guidance, communications, weather reports, high-resolution imagery and missile defence. Besides this, satellites also monitor key national security space assets and provide jam-proof communications for the US President among other things.

Threats to our Satellites

The problem with such heavy reliance on satellites is the risk posed to them by the large amount of space debris. Besides the estimated 1,100 active satellites, there are around 23,000 objects in orbit and a further 500,000 pieces of debris too small to detect. These pose a significant risk especially in low-earth orbits where objects can travel up to 17,000 mph. The destructive nature of this debris was demonstrated by the first satellite collision in 2009 when a defunct Russian military satellite and a commercial Iridium satellite collided at 22,000mph creating around 10,000 further pieces of space debris. 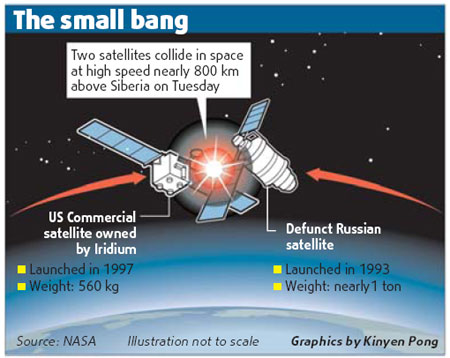 Besides the danger posed by space debris, there are further threats that the western militaries face with emerging powers such as Russia, India and China all increasing their space activity. More activity in space by such countries could deny, degrade or disrupt the current satellite capabilities with jamming or lasers.

Furthermore the development of anti-satellite ballistic missiles by China is of particular concern. Besides posing a threat to the current satellites with the ability to destroy them with a kinetic kill, meaning that impact alone is used instead of explosives, such destruction will cause unprecedented amounts of space debris with one test by China creating around 150,000 pieces.

One way the US looks to improve its defences against such emerging threats is through partnerships among allies allowing space assets to be diversified, risks to be mitigated and costs to be decreased. One example of this is the cooperation with Australia on the wideband communications system.

Space is also subject to international law which bans weapons of mass destruction in space and also allows all countries the freedom to explore space. There have been attempts to make countries act responsibly and refrain from creating debris, however, to this point, all these attempts have fallen through.

Furthermore there has been an attempt by the UN General Assembly to propose a treaty banning all space weapons. This however poses many problems due to the argument over what constitutes a space weapon and what can be referred to as the militarisation of space. Is a satellite that provides military support to be categorised as militarisation of space? Such treaties have been vetoed by the US themselves in order to safeguard their vast fleet of military satellites.

As more countries develop space technology and space capability, there is a need for regulation and cooperation. Furthermore the importance of satellites for all military operations and the risks posed to them means that more satellite defence is needed. In particular, measures need to be taken to avoid the vast amount of debris that could be created by a collision which would be devastating.

With no option of maintaining the status quo of Ukrainian territorial integrity through the approaching referendum, Crimea may be on the path to becoming another de facto state.

Paul Pryce examines the potential role drones can play in securing Canada’s waters against the incursion of submarines and other vessels.