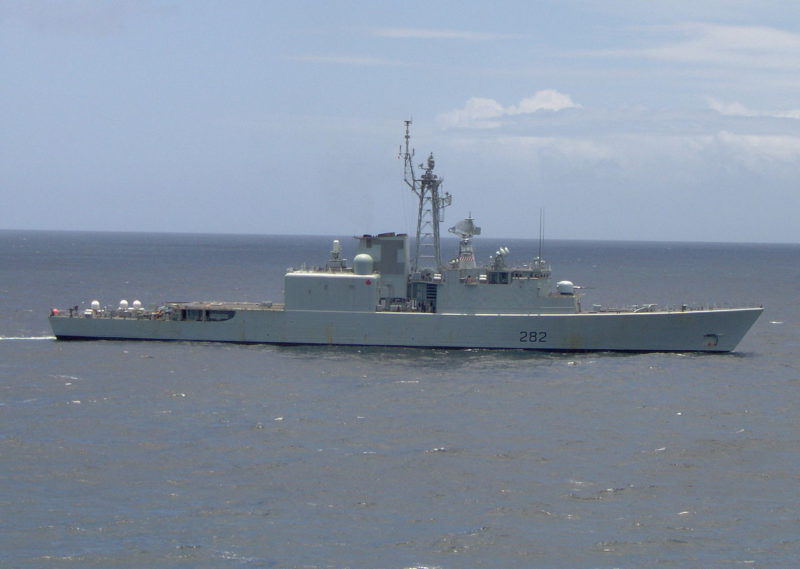 Canada’s navy is in deep, troubled waters. With the nation’s last destroyer retiring in 2017, we will be left without any large warships capable of defending and resupplying the remains of our naval fleet. The wear and tear, in addition to soaring replacement costs, has seen many ships decommissioned without timely replacements. The rusted decades-old ships that have persevered are prone to frequent mechanical breakdowns. Consequently, the Royal Canadian Navy today is ranked by Ken Hansen on the Canadian Naval Review as on the same level as Bangladesh’s maritime forces.

The National Shipbuilding Procurement Strategy (NSPS) was launched in June 2010 by the Harper Government in an attempt to restore the navy to its former glory. Following World War II, Canada had the fifth largest navy, but years of neglect left it in a disintegrated state. There remain a total of 29 warships, meaning vessels equipped with missiles and military weapons designed for combat and defense purposes. Canada’s last destroyer, the HMCS Athabaskan, is scheduled to retire in 2017, with no plans for another destroyer to replace it. With the largest coastline in the world and three oceans to patrol, the lack of naval armada is alarming.

The NSPS is meant to build, repair, and maintain the federal fleet. However, it does not appear that it is living up to its promise to bridge the significant gap that has been formed in Canada’s navy. Constant delays, budget cuts, and increasing production costs keep the NSPS from carrying out what it planned to do according to the original timeline.

Only six out of thirteen current icebreakers are capable of polar operations, but none are able to travel far in the Northern seas during the winter months. The NSPS commissioned the construction of a new icebreaker, the CCGS John G. Diefenbaker, which was initially expected to be in service by 2017, but a series of delays will now have the ship joining the fleet in 2022. The government has issued an order for new Arctic/ Offshore Patrol Ships, such the HMCS Harry DeWolf, but the first of these will not be delivered until 2018. This means that the Arctic passages, such as the Northwestern Passage, will continue to be unsupervised and isolated during the winter season.

Budget cuts have led to what was supposed to be an Arctic deep-water port in Nanisivik, Nunavut, turned from a naval base into a refueling station. This refueling station will only be accessible during the few summer months and closed during the rest of the year. When the HMCS Harry DeWolf is ready to enter service, it will not have an Arctic base to operate from.

Currently, the navy is ill-equipped to meet the various treaty commitments with Canadian allies. It is unreasonable to assume foreign countries would be willing to protect Canada if it is common knowledge that the nation’s navy will be unable to come to their defense. This reputation may be detrimental to Canada’s security.

The importance of the navy is not just fundamental in the ability to defend freedom. While that is a crucial factor in today’s erratic global affairs, it is important that Canada’s navy be prepared to respond to natural disasters and humanitarian crises. For instance, if any civilian ship, such as the ferries that move passengers between Labrador and Newfoundland or Vancouver and Victoria, were to signal a distress call, the lack of naval units might lead Canada to depend on the U.S. Navy Coast Guard to back up the Canadian Coast Guard. If an earthquake struck one of the islands off of British Colombia, such as Haida Gwaii, similar problems might arise.

The navy is simply not equipped to respond to multiple crises at home, never mind additional crises abroad. The Canadian government would be hard pressed to fulfill the agreements with their treaty partners and allies in the defense capability, nor in humanitarian aid. It is crucial that Canadians do not take the reputation as a “peaceful” country for granted as geopolitical security can never be guaranteed. The NSPS needs to focus on the present state of the navy and how to expedite the planned improvements. We cannot simply wait 10 years for ships to be constructed; we need them now.