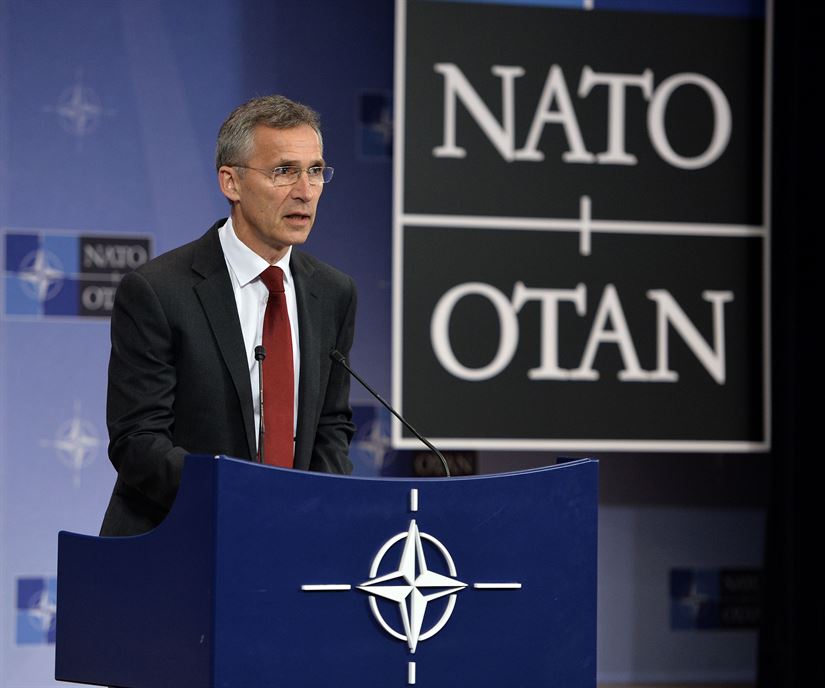 Earlier this month at a meeting of NATO defence ministers, two major decisions were announced. Defence ministers agreed to increase by 3,000 troops the size of NATO’s Operation Resolute Support mission, to a total of 16,000 personnel, and accompanied this with a decision to establish an adapted NATO Command Structure which would affect the mobility of NATO forces within Europe and across the Atlantic. No formal plans detailing the functions of such a command, or which countries would host the relevant command centres, were made available. Most importantly, the costs of this mission will not be discussed until a meeting of defence ministers in 2018. NATO Secretary-General Jens Stoltenberg called the decision to establish two command centres “vital,” and he is not wrong, for the implementation of these proposals would represent the first expansion of NATO’s command structure since the Cold War, particularly after years of concern over the alliance’s readiness and funding.

Very little information on these commands has been made available, and NATO, when requested, chose not to comment on an article in a German publication detailing specific reforms under consideration. Russia’s NATO envoy denigrated the decision by comparing it to NATO’s Cold War Atlantic Command, which was disbanded in 2002, and stated it was evident NATO members “were apparently inspired by Cold War-era strategies.” One command centre will clearly be located on the European continent, and there are rumours that Germany plans to present a persuasive case to host the centre. It is likely that the continental command centre will be designed to improve the mobility of NATO’s ground forces, and Germany’s geographic location renders it an ideal candidate for ensuring NATO’s ability to logistically support and secure supply lines in the event of a conflict. Details of what the specific functions this command centre will have will be made public at a NATO defence minister’s meeting next February, but Stoltenberg did note that NATO is “much more focused on the importance of moving heavy equipment across Europe.”

Moving military instruments across national borders is currently hindered by multiple obstacles, some of which were outlined by a report in Die Spiegel. According to an internal NATO report, the alliance’s rapid-response unit is currently unable to “respond rapidly and be sustained, as required,” while national legislatures regulating border crossings (such as those concerning customs) have created unacceptable delays in the mobility of NATO forces. To supplement efforts expediting military mobility, Stoltenberg hinted that NATO will simultaneously concentrate on “updating the military requirements for civilian infrastructure.” Everything from roads to ports will need to be improved if NATO is to achieve its objective of providing a credible response in the event of an attack on one of its member states.

Accompanying this new headquarter is a second command centre which would be based in the U.S., and will aim at securing sea lines of communication (SLOC) across the Atlantic. It is this command structure which inspired Russia to accuse the U.S. of resurrecting ‘Cold War-era strategies’ because the command will likely resemble NATO’s currently disbanded Atlantic Command. Russia, however, has also not fallen short of implementing measures taken to satiate some Cold War nostalgia, many of which are far more aggressive in nature. Russian submarine patrols in particular have noticeably covered an ever expanding perimeter, while Russia’s involvement in Syria has provided a pretext to move substantial naval capabilities much closer to the Atlantic than they otherwise would have been. Russian ‘buzzing’ of NATO member country jets, a well known and complained about problem, continues to this day. In the event of a conflict between Russia and a European NATO member, an Atlantic Command would permit the movement of military forces from the U.S. to the European mainland with speed and security. What particular conflict may necessitate the deployment of American forces to Europe is less important than ensuring these forces would indeed be prepared and able to rely on as rapid and secure a deployment as possible in any circumstance.

Earlier this year at a NATO leader’s meeting, one of NATO’s core tenets—Article 5— was questioned by the country whose defence minister, James Mattis, was present at the agreement to establish these two commands. Significant strides have been taken to reconcile the at times very public differences between the conflicting interests of various NATO member states. Unity in an alliance such as NATO’s is extremely important, since the concept of collective defence is dependent in part on the ability to deter a potential adversary. If the credibility of an alliance is questioned by members of that alliance, there is no doubt an adversary will doubt the ability of that alliance to meet any obligations agreed upon. By establishing two new headquarters in tandem with a commitment to deploy additional troops in service of operation Resolute Support, NATO clearly sought to demonstrate its ability to effectively respond to a security environment where the possibility of conflict with Russia is heightened.

Potential enthusiasm must be tempered by observing, as Russia’s envoy to NATO did, that the outcome of these proposals can only be judged after the defence minister’s meeting next February. If issues of cost, which have yet to be discussed, become intractable dilemmas that eventually hinder (and at worst would prevent) the creation of these two commands, NATO’s credibility will only take another hit. All NATO member countries must have been aware of this when agreeing to create these commands. An ideal outcome would see the creation of these commands become a means by which some NATO member countries can demonstrate renewed commitment to the alliance, while also coming closer to achieving the 2% target. If NATO is the alliance it claims to be, then the cost of establishing these command centres would be secondary to actually establishing them. NATO has made the next defence minister’s meeting in February a litmus test for the alliance’s credibility.

Photo: NATO Secretary General Jens Stoltenberg briefs the press in Brussels on the agenda for the July 8-9 Warsaw Summit in Poland, July 4, 2016 via U.S. Department of Defense. Public Domain.