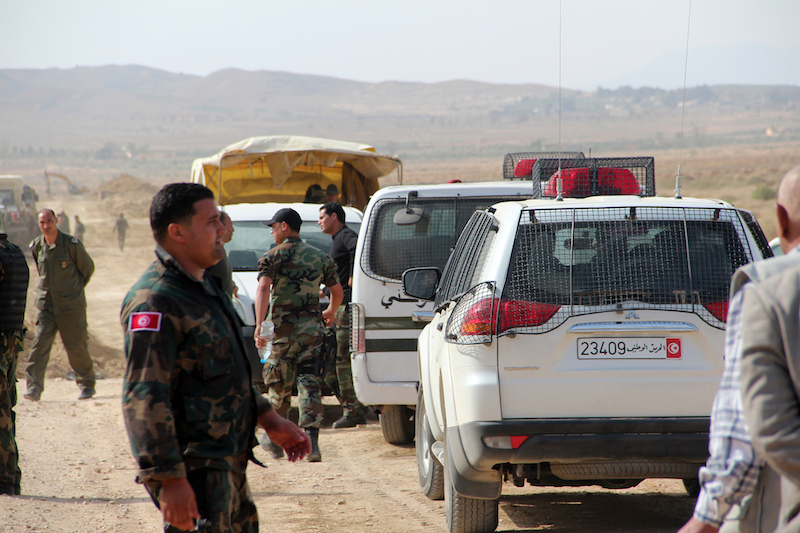 More Tunisians leave their homeland to become ISIS fighters than citizens from any other country in the world. In particular, the Southeastern town of Ben Guerdane is one of the world’s leading exporters of jihadists. However, Tunisia is now facing new realities as many foreign fighters attempt to return home.

With two free elections since the 2011 Arab Spring, a new constitution in 2014, and a democratically elected president, Tunisia has looked somewhat stable in comparison to neighbouring states like Libya. Yet, with unemployment rates currently 16% higher than prior to the revolution, there is widespread discontent in the country. Particularly disgruntled are the youth in rural areas, which has caused them to become prime targets for jihadist recruiters. This past January, on the sixth anniversary of the revolution, hundreds of Tunisians took to the streets to demand jobs and protest unemployment rates. Protests began in Ben Guerdane and spread to other areas such as Sidi Bouzid, Meknassi, and Gafsa, with protesters using slogans from the 2011 uprisings saying “work is our right”. Recent terrorist attacks in the country have also driven away tourists and foreign investors, causing more issues for the country’s stagnant economy.

It is estimated that approximately 6,000 Tunisians have joined extremist groups fighting in Syria and Iraq. Meanwhile, the terrorist movement in Tunisia has taken shape through both internal and external attacks. The two deadliest terrorist attacks in Europe in the past year have been the work of Tunisian citizens. The first was an attack on July 14, 2016 in Nice, France and the second on December 19, 2016 at a Berlin Christmas market. Since 2013, Tunisia has also been the target of over 50 terrorist attacks. Most recently, in March 2016, hundreds of ISIS affiliated terrorists tried to take control of the town of Ben Guerdane, resulting in the death of 12 security officials.

The fear now is that the thousands of fighters who left Tunisia will try to return home and cause chaos in an already fragile country. In particular, Col. Mokhtar Ben Nasr, the head of military analysis at the Tunisian Center for Global Security Studies, speaks about the concern with Al Qaeda in the Islamic Maghreb. Many Tunisian fighters have joined this extremist group in Libya, their aim being to destabilize the state and bring Islamic rule to all of North Africa. Nasr talks about how they want to make people “rise up” over poverty and injustice, and they use this as propaganda.

The Tunisian government is at a crossroads with how to deal with the possible influx of extremists in the country. While it can charge those who have joined a terrorist group, it is often difficult to gather evidence and build cases for individuals. Tunisia’s president recently proposed to grant amnesty to returning prisoners, but this was harshly objected. Instead, the government has turned to a system of brutal security forces that are strongly opposed by human rights and international groups. Namely, Amnesty International argues that “giving security agencies a free hand to act above the law will not deliver security”. The organization has put out a report detailing the torture and ill-treatment committed by Tunisia’s security forces over the past two years. This includes house raids without warrants, arbitrary arrests, torture, and sexual violence. It is also often the families of foreign fighters that suffer the most, as family members may be faced with arrests and harassment if their relative is suspected of being involved in terrorist activity. The security forces’ intimidation and discrimination make it more difficult for many to lead a normal life, which will create even more animosity towards the government.

The issue is a double-edged sword. Government forces are engaging in brutal security regimes to crackdown on insurgents. However, police harassment and an abusive government are what has caused much of Tunisia’s youth to turn towards terrorist groups in the first place. Researchers studying radicalization in Tunisia have said that police harassment is still pushing youth to join extremist organizations. Thus, the government’s sole reliance on a brute security force to fix the issue will not work. According to Ridha Raddaoui, a lawyer who co-authored a report on terrorism in Tunisia, there is no government program to de-radicalize and re-integrate returning fighters into society. This is a red flag, as such efforts should be the country’s top priority. It is unclear how the government will continue to confront this issue. However, what is clear is that many Tunisians’ inclinations towards joining terrorist groups are critically linked to internal issues and the problem is not going away. Tunisia should immediately put effort into helping disillusioned youth in its rural areas to begin tackling the issue.

Cover Photo: Tunisian Security Forces (2013), by Magharebia via Wikimedia. Licensed under CC BY 2.0.