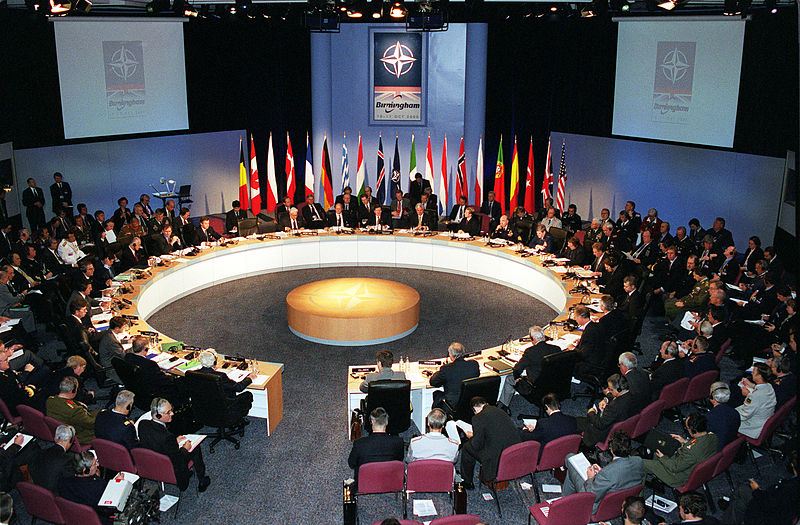 In an alarming article written by senior RAND Corporation analysts David A. Slapak and Michael W. Johnson, a grim portrait of European security is painted as the duo describe NATO as significantly outnumbered, outranged, and outgunned by Russia along the Alliance’s eastern front. In writing a hypothetical war scenario, the two outline that in the initial outbreak of war, Russia would have a decisive advantage over NATO’s recently established Very High Readiness Joint Task Force (VJTF) and initial deterrence mechanisms possessed by the Alliance:

In addition to this, the Alliance suffers from inferior range against Russian rocket artillery systems, and against superior Russian-made tanks. The bleak estimate suggested by the writers is that with NATO divestments in military infrastructure, troops, and heavy divisions, NATO would quickly cede territory on its eastern front, and be trapped in a grinding offensive it is unequipped to win.

As the world’s most powerful alliance struggles to deter even an economically flailing Russia, and faces a multiplicity of security concerns on its doorstep, how did NATO reach this vulnerable state?

2% and the Peace Dividend

Following the Cold War, many NATO Member States took a “peace dividend”, wherein military spending was redirected to other priorities since the Alliance’s primary adversary, the Soviet Union, had collapsed. The post-Cold War security situation radically shifted NATO’s budget. In 1995 U.S. defence spending constituted 59% of NATO’s budget, a portion that has ballooned to over 70% in 2015. This shift is in part because the U.S. spent 0.3% of GDP more on defence, but more significantly, that Europe’s average fell a full quarter, from 2% of GDP to 1.5% on average – contributing to the Alliance’s current median at 1.18%.

2% of GDP to be allocated for military purposes long served as the Alliance’s effective floor for military spending. Today, the metric serves as the goal for nations to reach. Though the 2014 Wales Summit Declaration set the highest ever-political commitment for states to reach 2% spending by 2024, Carnegie Europe’s Director Jan Techau has bluntly noted, “It is unrealistic to assume that this goal will ever be reached by all 28 allies”. Though the Summit Declaration marks the highest recognition and commitment of Member States to the 2% metric, the trajectory of national policies do not reflect that this is taking place. In a Canadian context, the government has already committed itself to removing $3.7 billion for the 2015-2016 to 2020-2021 period from the Department of National Defence’s budget despite the Summit Declaration’s stipulation that “Allies whose current proportion of GDP spent on defence is below [2%] will: halt any decline in defence expenditure”.

NATO’s 2015 internal estimates show European allies are underfunding the Alliance with median defence spending being just 1.18% of GDP, and only five nations meeting the 2% threshold. Critics of the 2% model argue even with robust expenditure by all allies, more spending will marginally assist the security situation, but also entrench the already rampant duplication of capabilities and lack of interoperability between states.

The Alliance therefore finds itself in a precarious situation. NATO currently lacks capacity, and there is a lack of political will to reverse this situation. While the Alliance is unable to find a path forwards, it threatens more than just its military capacity: it threatens its political credibility. Notably, the perpetually controversial Republican Presidential nominee Donald Trump has asserted NATO is obsolete; citing unwillingness of Europe to engage on security threats like Ukraine, the Alliance’s incompatible design to combat terrorism, and the United States’ role as chief financer. Though Trump’s critique is broadly questionable, the U.S. plays an unsustainably large role in financing the Alliance.

If NATO wishes to shed the narrative presented by Trump, the Alliance members must act decisively in establishing a durable financing model. To this end, the Alliance must work on a comprehensive review of current shortfalls and revitalize discussion on Smart Defence initiatives to not just get more for less, but also make meaningful strides towards technological innovation and military interoperability. Nations such as Germany that disagree with the 2% model must be challenged to provide an alternative method of financing that will streamline, bolster, and modernize the capabilities of the Alliance. A new model will be politically tenuous. However, given the trajectory of debate on NATO’s relevance and ability, financing is a topic of existential importance for the Alliance.
Without a sustainable funding model, NATO will continue to have an insufficient military to deter or engage with contemporary threats, while also undermining its political credibility to both its allies and adversaries.