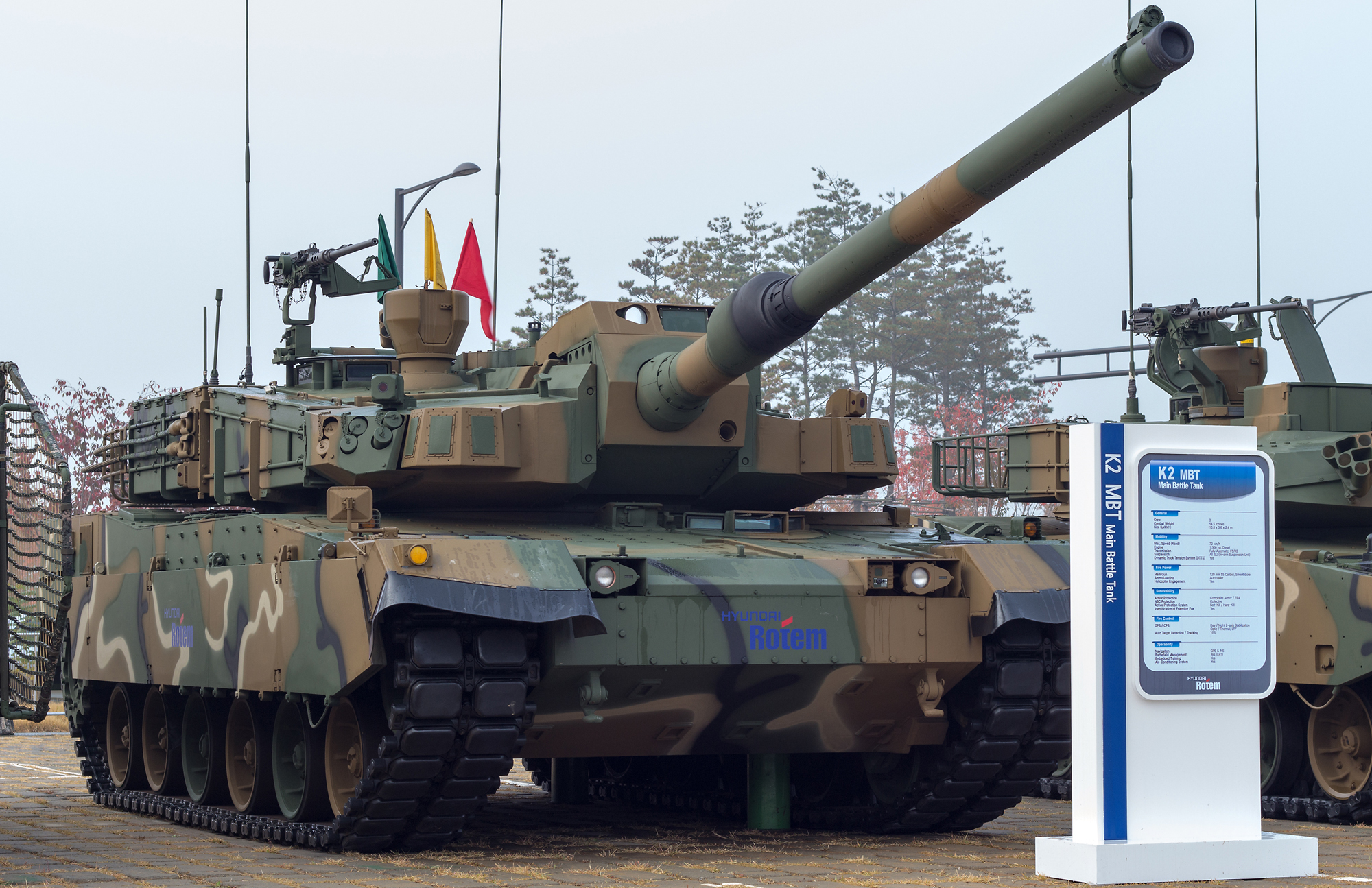 As the South Korean military pursues implementation of its “Defence Reform Plan 2020” (DRP2020), the country is perhaps the most interesting to watch from a procurement standpoint. Whereas the Republic of Korea’s land forces were previously oriented around the use of mass infantry, the focus beyond 2020 will be on a smaller, but better equipped and professional force. This has resulted in a contract for Daewoo Industries to produce a next-generation assault rifle to replace the K2 as the ROK’s standard issue infantry weapon. The K2 Black Panther was intended to become the ROK’s main battle tank until serious problems with the transmission and main engine were identified late in the procurement process. In the midst of this, the ROK Navy is now enjoying the final stage of a 25-year development program as Hyundai and Daewoo complete production of several Sejong the Great-class destroyers.

The insights DRP2020 offers into South Korea’s strategic priorities, however, may be cause for concern. At the time of DRP2020’s introduction by the ROK Ministry of Defence in 2005, the country’s military was comprised of approximately 690,000 troops. DRP2020 envisions a significant reduction in personnel, primarily from the land forces, to bring total military manpower to 500,000 troops by the end of 2020. As of this writing, the ROK military officially consists of 560,000 troops, suggesting the Ministry of Defence is on schedule to achieve the envisioned personnel cuts. Officially, the reason for this reduction in personnel is South Korea’s aging population and declining birth rate, which together is expected to ensure that 36% of South Koreans will be over the age of 65 by 2030.

On the other hand, a downsized military will have implications for the future of the Korean Peninsula. A 2003 RAND study indicates that successful nation-building exercises have generally required a ratio of 20 soldiers per thousand civilians in the host country. Where this ratio is not met or exceeded, the military deployment fails to stabilize the host country. James Dobbins, RAND’s former head of international and security policy, determined that a ratio of 40 soldiers per thousand civilians is needed to ensure stability during a nation-building exercise. Based on these recommendations, in the event of a regime collapse in North Korea, the ROK would require a force of approximately one million troops in order to secure a peaceful unification. This follows by applying the ratios identified in the two RAND studies to the entire population of the Korean Peninsula, because regime collapse in the North and the prospect of unification could also result in civil disorder in the South.

In such a scenario, it is doubtful that South Korean authorities would take such drastic actions as those seen early in the American occupation of Iraq, completely demobilizing North Korea’s military forces. Rather, some elements of the Korean People’s Army would be incorporated into the stabilization force, depending on the nature of the regime collapse in North Korea. Due to an aggressive expansion of its military forces in the 1980s and 1990s, North Korea boasts a force of just over 900,000 troops. But ROK military planners certainly would not assume the full integration of its neighbour’s forces into a stabilization force. If the ROK is serious about unification, its defence reforms would reflect the need to maintain a sizeable land force in order to bring about unification with a minimum of reliance upon former North Korean forces.

With a force half that required to ensure stability during unification, it is very likely that ROK leaders have abandoned hope that Korea will be unified in the next few decades. While disconcerting on its own, this perhaps reflects a gradual shift in ROK foreign policy away from the United States and its allies. In July 2014, President Xi Jinping of China made a state visit to Seoul, just two days after Japan adopted reforms to its Constitution that are widely unpopular among the South Korean public. The year prior, President Park Geun-hye traveled to Beijing, primarily to discuss the further deepening of economic ties between China and South Korea. Bilateral trade is already $270 billion per year, surpassing the volume of trade South Korea has with both the United States and Japan combined. Given the overwhelming importance of China as a market for Korean goods, and given China’s vested interest in the status quo on the Korean Peninsula, ROK leaders appear to have “cut their losses” and determined that unification will only occur at the behest of China.

Though this increasingly cozy relationship between China and the ROK is a negative development in Asia-Pacific affairs for the US, DRP2020 is not all bad news. The reforms envision a greater capacity for expeditionary operations on the part of ROK forces. The mass infantry previously generated by South Korean conscription was best suited to territorial defence or a convoluted nation-building exercise in the North. Substantial forces were deployed in recent years in support of US-led interventions in Afghanistan and Iraq, and smaller but no less valuable commitments were made to multilateral operations in Lebanon, Haiti, and South Sudan. The procurement of new technology will allow the ROK military to intervene quickly and efficiently in “hot spots” around the world. For example, the Dokdo-class amphibious assault ship produced for the ROK Navy by Hanjin Heavy Industries will have the capacity to carry almost 750 marines onboard as well as numerous armoured vehicles. A complement of 15 transport helicopters carried by the vessel could be used to rapidly deploy troops from the Dokdo-class to locations further inland where a troop presence is needed. More generally, the ROK is pursuing a “blue water” navy, moving away from its traditional reliance on a force of coastal patrol vessels strictly concerned with dissuading North Korean or Chinese aggression at sea.

The shape of things to come may be reflected in a 2011 incident involving a South Korean destroyer. After Somali pirates seized a Norwegian-owned and South Korean-operated tanker in the Gulf of Aden, the ROKS Choe Yeong was deployed. This Chungmugong Yi Sun-sin-class destroyer, supported by elements of the US Navy, saw to the rescue of the tanker’s crew in a boarding action that resulted in the deaths of eight pirates and the capture of five others. Though not formally a part of NATO’s Operation Ocean Shield, the ROKS Choe Yeong cooperated with its forces to pursue the shared goal of fighting piracy in the Gulf of Aden. Such a mission would not have been possible for the ROK Navy to accomplish prior to the recent program of modernization. But this also seems to reflect the kind of mission the ROK military is preparing for beyond 2020 and suggests the criteria ROK military planners will now have in mind.

As it now lacks the capacity to pursue unification without considerable external assistance, the ROK risks subordinating itself in the Asia-Pacific region. The capacity for the ROK to contribute to counter-piracy or stabilization operations elsewhere in the world will have to be consolation enough.