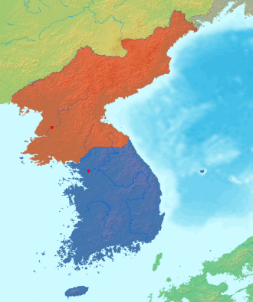 The origins of the Korean War and a message to Ukraine

The brutal colonial rule of Imperial Japan in Korea began in 1910, and lasted until Japan made an unconditional surrender to the Allies in 1945. After the liberation, the peninsula was soon divided into two. The communist faction settled in the north, and the South remained under the US military government rule until 1948. The origin of the Korean War that broke out in 1950 had much to do with the geopolitical rivalry between the US and the USSR. Neither side had wanted the other to expand its sphere of influence in East Asia. Inevitably, the Korean peninsula became the theatre of the war.

The war became an opportunity for those Koreans who had served Imperial Japan to become patriots, no collaborators had been punished for betraying their nation. After the armistice in 1953, the anti-Communist sentiment has continued to remain strong in South Korea, and it has allowed the elites to label the opposition as “communists” and marginalize them. In a society that has suffered the brutality of ideological war, people labeled as communists were seen as greater threat than the ex-collaborators. The journey for the pro-democratic opposition has been tough from the start as they were often branded as communists or “North Korean sympathizers” by the powerful ruling elite.

Ukraine may be susceptible to similar consequences if the war continues. The war may become an opportunity for the members of the former regime or those who have little interest in democracy and good governance to acclaim power and derail Ukraine from the path to normalization.

How ex-collaborators remained in power in South Korea Rhee Syngman (1875-1965), an American-educated Korean nationalist became the first president of South Korea. After winning the presidential election in 1948, he became unpopular among democratic nationalists for pardoning those who had collaborated with the Japanese colonial regime, and for his authoritarian character. In response, Rhee unleashed a reign of terror. Many key members of the opposition were terrorized by the right-wing gangs and the opposition leaders were assassinated. The ex-collaborators occupying key positions of the police and the military happily participated in Rhee’s reign of terror. With their help, Rhee could remain in power. The masses finally ousted him in 1960 for rigging the presidential election.

Park Jung-hee (1917-1979), a military general who launched a coup in 1961 and won a quasi-democratic presidential election in 1963, is also worth mentioning. He was an officer in the Imperial Japanese Army’s special unit organized to root out the Korean Liberation Army in Manchuria. After the liberation, he joined the South Korean Military. The ragtag military force in a new independent state did not have the luxury of rejecting Park because they desperately needed people with military experience. The anti-communist sentiment and patriotic zeal has remained strong in South Korean society ever since the armistice. Ex-collaborators like Park could mask themselves as ‘patriots’ by pointing out their accomplishments during the war. Since they occupied the key positions in the government, military and the police, they could easily keep the opposition at bay by using brute force. Furthermore, the powerful conservative media in South Korea has been the elites’ vanguard. The media has often speculated on rumors discrediting opposition members and portraying them as an incompetent and disorganized North Korean sympathizers.

Under such conditions, the opposition has always faced an insurmountable challenge to fostering their pro-democracy agenda. The opposition continues to struggle today as the public grievance towards North Korea and the power of the ruling elite remains strong. The pro-labor opposition party was disbanded without igniting a public outrage in 2014 because the party had advocated for more peaceful cooperation with North Korea. Therefore, the conservative media and the government could easily brand them as North Korean sympathizers and avoided the public questioning the quality of democracy.

How the South Korean case serves as a lesson to Ukraine

The same tragedy could unfold in Ukraine. In Ukraine Crisis, the author Andrew Wilson is concerned because the reform has been stalled and the individuals who had ties with the former regime have successfully rebranded themselves as the patriots by participating in the new regime or funding volunteer battalions. The same could be said about the Ukrainian nationalists. Although many of them have been heroically fighting for their homeland, it is unclear whether all would peacefully participate in Ukraine’s normalization efforts. It is possible that both nationalists and oligarchs may exaggerate their patriotic nationalist image to gain support from the voters and foster their political agenda. As the situation in Ukraine remains fragile, there are chances that some may attempt to take advantage of the growing sense of nationalism and patriotism in Ukraine. It is worrisome because the hardships of war may make the Ukrainian masses susceptible to their rhetoric, and support them. Ukrainians must be aware that behind the promises for order, prosperity, and a swift justice to the traitors, there may be a plot to install a new order that would not abide the rule of law, or reinstate the Ancien Régime.