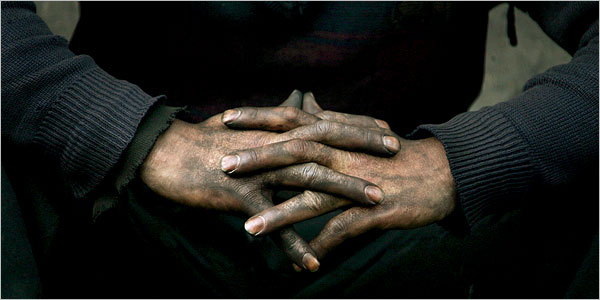 While it is generally accepted that climate change is occurring, there remains little consensus on how to mitigate its impacts. The United Nations Climate Change Conference is holding its 21st annual session in Paris in 2015. The countries attending are those remaining as parties to the 1992 United Nations Framework Convention on Climate Change and the 1997 Kyoto Protocol. These parties include the 43 members that are categorized under the Annex 1 grouping: members of the OECD in 1992 and Economies in Transition (Russian Federation, Baltics States, and several Central and European States). There are also 154 countries categorized under the Annex II grouping, most of which are developing.

The purpose of the 2015 conference will be to create a legally binding and universal agreement on climate change that aims to keep a global temperature rise under 2 degrees Celsius this century.

In recent UN discussion on Climate Change in Warsaw, Poland, Canada supported enhanced action on the development of a new international climate change agreement. However, given the pace at which climate change is occurring, efforts must be enhanced greatly beyond the Kyoto era. It is more important than ever for Canada to revise the way the country approaches national and international policy on climate change.

The level of indefinite commitment Canada is expected to show in the development of an international climate change agreement reminds me of the commitment required for a lasting and thriving marriage. The relationship is based on trust and mutual benefit – for nations and the environment – a commitment that translates into sustainable resources for generations to come and ultimately, a healthy planet.

In similar fashion, the effort required to understand and shape the dynamics of the relationship are critical in establishing the strength of the foundation. With that in mind, Canada has a year and a half to work on enhancing the value it brings to the relationship it hopes to have with this planet. Using this marital allegory, Canada’s pursuit to ready itself for the international agreement next year in Paris -in addition to an indefinite commitment to combatting climate change- can be categorized fittingly into the four main elements of a traditional North American wedding: something old, something new, something borrowed, something blue.

Something Old
Collectively as a society, we’ve known for many years now about the repercussions of not recycling, emitting exhausts into the atmosphere, and deforestation. To some, the beginning of the climate change discussion occurred when scientific evidence emerged to support the yet-unnamed theory of global warning. As early as 1896, Swedish chemist Svante Arrhenius concluded that coal-burning activities enhance the greenhouse effect.

For others, it may be represented through the global diffusion and exposure of that scientific knowledge, such as when U.S. scientist Wallace Broecker in 1975 used the term global warming for the first time in the title of a scientific publication.

For Canada, climate change became a recognized reality late in the 20th century as the country signed on as a party to the United Nations Framework Convention on Climate Change. In 1997, Canada adopted the Kyoto Protocol, an international agreement with a notoriously tarnished reputation due to lack of signatory compliance. Canada has since withdrawn from the Convention because of a disbelief in its ability to represent the future of the country -or world- in climate change action.

Combatting the effects and intensification of climate change is not new territory for Canadian policymakers. What is new, however, to the Canadian policy landscape, is the design and execution of a sustainable action plan and a sense of committed leadership from Ottawa.

Something New
The research and analysis that has emerged since the start of the climate change discussion presents a number of implications that extend far beyond just the environmental relevance.

Jamie Shea, Deputy Assistant Secretary General for NATO’s Emerging Security Challenges, advised that natural disasters have become an alarming concern with the onset of climate change, prompting more frequent and violent storms, droughts, and flooding, with devastating effects to communities, particularly those within the developing world. Without a prioritized strategy that includes realistic and specific targets and global commitment to impede the rise in global temperatures, Canadian along with other governments and NATO will undoubtedly be faced with an overwhelming pressure to provide humanitarian assistance in the wake of these disasters.

Furthermore, Shea has identified how the impending effects of climate change can contribute to security threats through what he deemed the “development-terrorism nexus”, an opportunity for Al Qaeda and other terror groups to provide aid to areas affected by said natural disasters, dispersing and enhancing their influence.

Ensuring adequate and timely humanitarian aid, in addition to mitigating the influence of terrorist groups, are already great challenges for NATO. Climate change has the potential to intensify these challenges as the Canadian government and its military forces consider the need for greater investments in equipment, intelligence, and overall enhanced organizational capacity.

For these reasons, it is of utmost importance that an international agreement be finalized next year in Paris, accompanied by strong global and universal commitment.

Iceland in NATO: an unlikely yet invaluable partner

Since the Second World War, Iceland has been a valuable, yet oftentimes forgotten member of NATO. Iceland’s strategic location and reliance on foreign military aid for defense makes the country a unique member of the alliance.

What Are the Options for Security Council Reform?

In the second part of a two-part series, Marta Canneri examines opportunities for Canada to show leadership in the Latin American and Caribbean energy sector.