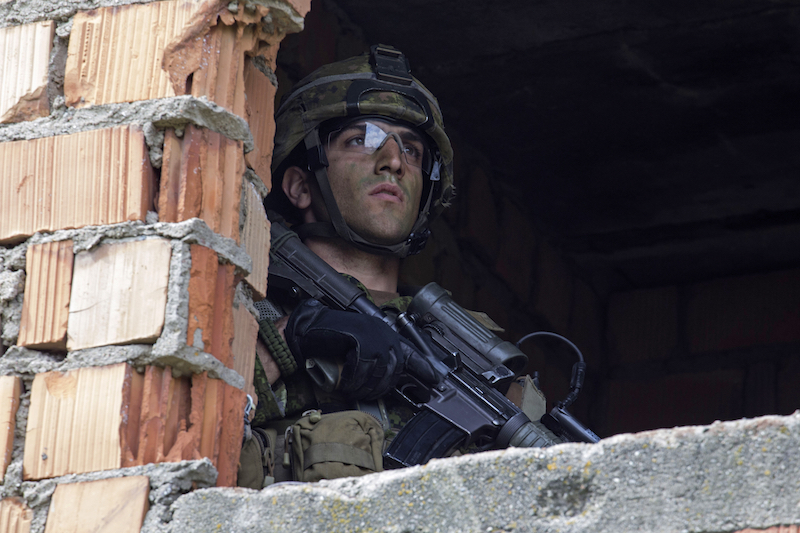 On May 10, 2016, Poland’s President, Andrzej Duda, came to Canada to lobby Prime Minister Trudeau, to commit to sending more Canadian soldiers to Poland to help deter Russian aggression. The President’s request came ahead of the NATO Summit next month in Warsaw, where the US plans to place pressure on members to contribute larger forces to NATO’s Eastern flank.

For over two years, Operation Reassurance has demonstrated a substantial Canadian response to the destabilization occurring in Eastern Europe. The operation has focused on joint training with other NATO partners, predominately in Eastern Europe. As part of the Canadian Government’s comprehensive approach that has included diplomacy and sanctions, Operation Reassurance has been the Canadian military contribution to NATO’s efforts to promote security in the turbulent region. As Canada re-examines the nature of its commitment to this operation, the time is right to review the objectives and outcomes of this operation.

Following the Russian encroachment in Ukraine in February 2014, Canada along with many of its Allies denounced the actions of Russia. In reaction to Russia’s violation of Ukrainian sovereignty, NATO leaders sought to demonstrate solidarity and increase their presence in the region to invoke deterrence. To accomplish this, the alliance bolstered the NATO Response Force and increased its forces in the area by conducting a higher volume of exercises. The Canadian Government was quick to offer military support and in Spring 2014, soldiers, sailors and airmen of the Canadian Armed Forces (CAF) deployed to Eastern Europe to take part in these joint exercises. Canada’s contribution was dubbed “Operation Reassurance,” the title’s intent derived from the aim to reassure the nations in Eastern Europe of NATO and Canada’s intent to support their stability and security.

Early in September 2014, Prime Minister Stephen Harper represented Canada at the Wales Summit, where the details of NATO’s response to the Ukraine Crisis were discussed in the “Wales Summit Declaration.” Former NATO SACEUR, Admiral James Stavridis, hailed the summit as, “the most important since the fall of the Berlin Wall.” This would see the CAF conducting ongoing exercises with their NATO partners in Central and Eastern Europe on a rotational basis. Several member states will alternate hosting the exercises in their home nations, where a variety of participants from the Alliance will engage in collective training.

A benefit of Operation Reassurance for the CAF has been the enhancing of interoperability with Alliance partners through collective training. For the Canadian Army, this involved taking part in a number of NATO exercises that focused on testing fundamental capabilities on unfamiliar ground. While some of the exercises that took place had been conducted on a regular basis for several years, many were added as part of NATO’s broader response plan and tailored for that purpose. As a result, CAF have participated in exercises in Poland, Latvia, Romania, Germany, and Lithuania since the operation began. Each training opportunity has been focused on a particular skill designed to enhance NATO’s multinational response to a potential threat. Examples of these have included air-mobile operations, command and control, as well as reconnaissance. In each incidence, Canadian soldiers worked alongside counterparts from other NATO countries, learning from one another and benefiting from the shared experience.

The Royal Canadian Navy (RCN) has also shared an equally high tempo in support of Operation Reassurance. Deploying in successive rotations, Canadian ships and sailors have been conducting joint training in the Baltic, Black, Mediterranean and Aegean Seas since April 2014 in support of the Operation’s objective. The maritime goals have been in many ways similar to those of the land elements, focusing on collective training within NATO maritime groups. In some instances, however, the RCN has continued to deal with challenges outside of those faced in Eastern Europe, such as support for anti-piracy activities and refugee monitoring in the Mediterranean. Deployments averaging between six to seven months have provided the RCN with an opportunity to enhance their expertise, while enabling allies to hone the skills required to work in concert with one another on future operations. This experience and training has been invaluable to both the RCN and Allied Nations as a whole.

Encounters with Russian military have become more frequent. In June 2015, while Prime Minister Stephen Harper and his wife were aboard, two Russian frigates shadowed HMCS Fredericton. Similar events have occurred in the air during the Royal Canadian Air Force’s deployments in support of the operation. They have contributed to a policing mission in the Baltic region as well as joint training in Romania. Interception missions have become a regular occurrence in Eastern Europe and Canadian pilots have taken part in such. While little has come from these types of events, they highlight the ongoing tensions in this region, adding further justification for operations such as Reassurance and the NATO goal of enhancing security within the region.

It is important that Canada not undervalue international commitments such as Operation Reassurance. As part of Canada’s larger diplomatic effort to counter Russian aggression in Ukraine, the military component must not be overlooked. By deploying armed forces, Canada has demonstrated a tangible contribution to support for law, sovereignty rights, and stability in Europe. In addition, it has capitalized on an opportunity to build upon the experiences of Afghanistan and Libya by maintaining the crucial skill set for interoperability within the NATO alliance.