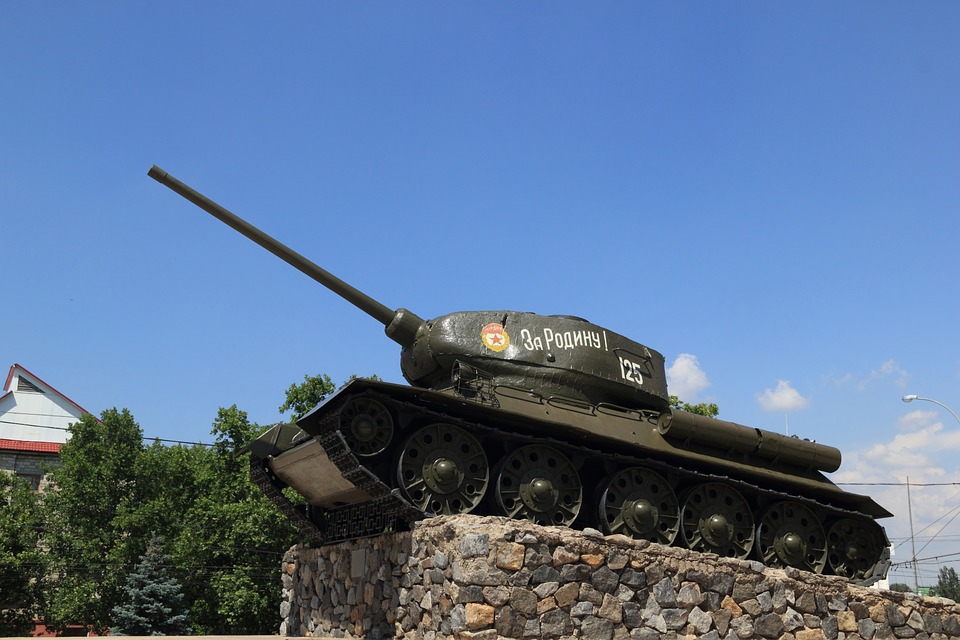 In 2005, when Simon Reeve embarked on a journey to produce a travel documentary for the BBC titled “Places That Don’t Exist”, Transnistria was the second place on his list. His travels also brought him to Nagorno Karabakh, South Ossetia, and Abkhazia, the subject of Part I and Part II of this series on frozen conflicts.

Reeve was fascinated by places that, in the eyes of the United Nations and virtually every country in the world, have no legitimate claim to statehood. Places that aren’t internationally recognized, and are incredibly isolated from the rest of the world.

Transnistria, or Trans-Dniester, is not recognized by any country. It is absent on most maps. A sliver of land wedged between the Dniester River in Moldova and the Odessa Oblast in Ukraine, Transnistria is formally part of Moldova. In practice, however, it has its own government, its own currency, and its own flag. Its status as a breakaway state has remained at an uneasy balance since 1992, when it fought a short secessionist war with the newly independent Moldova. In the war, Transnistria’s ethnic Russian and Ukrainian residents were backed by Russia’s 14th Army, which had been stationed in Transnistria since Soviet times. To this day, there is still a strong Russian military presence in Transnistria, with about 1,500 Russian soldiers stationed across the tiny territory.

As in many post-Soviet republics, the underlying ethnic and cultural tensions between Moldova’s various ethnic groups can be traced back to its history within the Soviet Union. In the summer of 1940, a year after the Soviet Union and Nazi Germany signed the Molotov-Ribbentrop pact which divided Europe into German and Soviet zones of influence, the Soviet Union annexed the Romanian region of Bessarabia. Shortly after, in August 1940, the Moldavian Soviet Socialist Republic was created, cobbled together out of Bessarabia and the mainly Russian-speaking Dniester region, which previously was an autonomous part of Ukraine. The underlying ethnic and historical differences between the two regions lay dormant prior to Moldova’s independence in August 1991, and came to a boiling point in 1992.

Mirroring the events unfolding in Georgia, Armenia, and Azerbaijan in the early 1990s, in Moldova, too, the Soviet Union’s collapse triggered the resurgence of long-dormant nationalist sentiments. Ethnic Moldovans, who share a linguistic and cultural history with neighbouring Romania, embarked on a nationalist project that sought to promote this shared Romanian identity. Romanian became the sole official language in 1989 and the Moldovan alphabet changed from Cyrillic to Latin. These measures were seen as a threat by many of Transnistria’s ethnic Russian and Ukrainian residents, who resisted the changes and sought help from Russia to preserve their autonomy. To this day, there are strong advocates in both Romania and Moldova calling for Moldova’s union with Romania, with the pro-Unionist movement gathering momentum in recent years.

In Romania, 76% of Romanians support union between the two countries, and a parliamentary group called “Friends of the Union” actively promotes Moldovan reintegration into Romania. Such a move is perceived as a way of bringing Moldova more firmly into Europe (Romania is a member of both NATO and the EU) and away from Russia’s influence. However, advocating union between Moldova and Romania may have dire geopolitical consequences, something Moldova is keenly aware of: lacking the security guarantees offered to Romania from NATO and the EU, no parties in parliament in Chisinau have campaigned on a pro-Unionist line. Most Moldovans are extremely conscious of their vulnerability to potential Russian aggression, and have both in the unionist debate and in the debate on joining NATO been careful not to unduly provoke their Russian neighbour. Transnistria, perhaps unsurprisingly, is both living proof of that vulnerability, and the issue that lies at the heart of both debates.

With the Transnistrian conflict unresolved, any ambitions for union with Romania are unlikely to become a reality. Unlike the rest of Moldova, Transnistria was never part of the historical ‘Greater Romania’ of the interwar years, and the majority of its residents, many of whom don’t speak Romanian, are fervently opposed to union. Furthermore, the question of Transnistria also complicates Moldova’s NATO aspirations: if a strong voice for joining NATO were to emerge in Chisinau, the presence of Russian troops on Moldovan territory would seriously compromise the road to membership. Lastly, the extent that Transnistria serves as a linchpin for Russia to exert political and military pressure on Moldova should not be underestimated. As in Ukraine’s and Georgia’s respective separatist regions, Russia’s support of separatists in Transnistria remains its strongest weapon for maintaining influence over the region.

In light of these considerations, normalizing relations between Chisinau and Tiraspol is imperative for Moldova to move forward as a stable and democratic state. With its territorial integrity compromised, Moldova’s ability to effectively make decisions concerning its membership in international institutions is hampered, as is its ability to make meaningful domestic reforms, especially concerning corruption. On the Transnistrian side, they stand to gain much from reduced political and economic isolation: at the moment they are extremely reliant on a handful of export products, their industry kept alive by the provision of heavily subsidized gas from Russia.

For the peace process to be successful, longstanding grievances on both sides must be reconciled, and a degree of openness must imbue negotiations: compromises, for example pertaining to Transnistria’s autonomous status, must be made. At the moment, only 26% of Moldovans think Transnistria should be given autonomous status, were it to be reintegrated into Moldova. Fifty- six percent, on the other hand, are opposed to its having any kind of autonomy. In the spirit of improving relations with Transnistria, and for the sake of the region’s greater stability, Moldovans should open up the idea of eventually offering Transnistria a degree of autonomy within Moldova, and make constructive dialogue with the breakaway republic a priority.