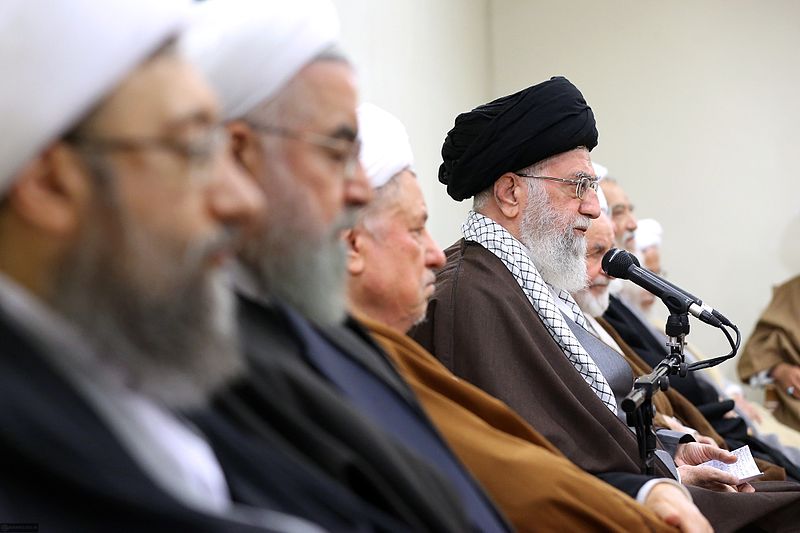 It is rare for us in the West to see the Islamic Republic of Iran portrayed in anything other than a negative light. Almost any mention of Iran notes that it is a theocracy, sponsors terrorist groups, and is bent on acquiring nuclear weapons with which it intends to menace Israel and destabilize the Middle East. The first two accusations are mostly true, but the last one is likely false, and together they all gloss over the complex historical, religious, and strategic contexts in which Iran exists today.

Iran is the focal point of Shi’a Islam, though Shi’as account for only 10-13% of Muslims worldwide. Combined with their experience of having been the target of foreign interference and occupation throughout the twentieth century, the Iranian perspective is that of the underdog despite their rich and ancient history as Persians.

An event known as the martyrdom of Hussein helps to understand the Iranian worldview. During the 7th-century chain of events that would split Islam into its main Sunni and Shi’a sects, the Prophet Muhammad’s grandson Hussein was killed in battle at Karbala by Caliph Yazid’s forces, a moment still commemorated across the Muslim world by the day of Ashura. In his book Revolutionary Iran, Michael Axworthy describes how “since that time the Shi’a have mourned [Hussein’s martyrdom] as the essence of injustice; as the victory of the oppressors over the righteous, of the strong over the weak . . .”

Several moments since then have supported Iranians’ view of themselves as an oppressed people. In 1953 the CIA and British MI6 orchestrated a coup d’état to overthrow Iran’s democratically-elected prime minister Mohammad Mosaddegh, who promised to nationalize Iran’s petroleum industry, and reinstalled the pro-Western autocrat Mohammad Reza Shah. Events like this inspired a feeling of injustice among Iranians and did much to fuel the resentment and suspicion that many still feel toward the West today, especially when viewed against the enduring symbolic backdrop of Hussein’s martyrdom.

Fast-forward to the present day, where Iran says it is pursuing nuclear technology for peaceful purposes, a claim that has been met with much skepticism based on the technical details discovered about its activities. On the one hand, in 2003 Ayatollah Ali Khamenei denied that Iran was pursuing nuclear weapons by issuing a fatwa stating that Islam forbids the production and use of weapons of mass destruction (WMD). On the other hand, UN inspectors found Iran to be enriching radioactive material beyond the point required for civilian purposes.

While president of Iran from 2005 to 2013, hardliner Mahmoud Ahmadinejad became known for denying the Holocaust and other sabre-rattling rhetoric toward Israel. These tactics did Iran no favours, as it painted Iran as a potentially existential threat to Israel should it ever acquire a nuclear weapon. Ahmadinejad has since been replaced by a more moderate leadership, but Iran’s image remains burdened by his legacy.

In spite of Khamenei’s fatwa banning WMD, critics also point to the principle of “expediency” as a reason for why such purportedly reassuring gestures should not necessarily be trusted. Expediency in this sense means that Iran’s supreme leader may prioritize his country’s raison d’état over Islamic precepts should the two come into conflict, the theory being that Shi’a Islam’s vitality depends on the existence of a Shi’a Islamic state. This can be interpreted to mean that Iran will pursue nuclear weapons if its leadership decides that the state’s well-being demands them, regardless of what Islamic law says.

By the same token, of course, expediency also means that Iran has no incentive to use nuclear weapons because doing so would provoke a devastating counterattack, annihilating Iran along with the Shi’a Islamic project. Iran’s leadership understands that nuclear weapons’ utility lies in their ability to deter aggression, but are never meant to actually be detonated. It is entirely possible that Iran’s strategy is to reach a nuclear “breakout capacity,” much like Japan, South Korea, Germany, Italy, Sweden, and Canada possess, without actually producing weapons. Doing so would not contravene Khamenei’s fatwa, either.

Iran has good reasons to be weary of aggression. In July 1988 a US warship mistakenly shot down an Iranian commercial airliner carrying 290 people. In the context of its war with Iraq – whose chemical attacks the US was enabling – Iran perceived the incident to be deliberate, fortifying Iran’s view that America was committed to its destruction. When the reformist Mohammad Khatami was elected president of Iran in 1997, it appeared to offer an opportunity for reconciliation with the West. Mutual American and Iranian interests following the 9/11 attacks also presented a logical moment for rapprochement. Instead, US President George W. Bush dashed those hopes by naming Iran in his 2002 “axis of evil” speech. More recently, events like the assassinations of key Iranian nuclear scientists and the Stuxnet cyber attacks on Iran’s centrifuges have further reinforced the narrative in Iranian minds that their country is fighting the good fight against foreign oppression.

Then there is the small detail of Israel’s nuclear weapons, which give it a regional nuclear monopoly. Iran is party to the Nuclear Non-Proliferation Treaty (NPT), whereas Israel is one of only four countries that is not. The political scientist Kenneth Waltz, for one, has argued that Iran should be allowed to acquire nuclear weapons in order to maintain power balance in the Middle East, which he believes will lead to greater peace and stability. Of course, in the interest of reducing nuclear stockpiles, the best outcome would be for Israel to simply dismantle its arsenal.

It is easy to see why Iran feels threatened. Israel and Pakistan are nuclear powers to its west and east, American military forces are omnipresent across the region, and Iran’s Syrian ally Bashar al-Assad may be on his way out the door. Israel has stated that it will not permit Iran to reach a nuclear breakout capacity, and has a history of taking preemptive military action. Since the logic of nuclear weapons comes down to deterring aggression, Israel should understand better than anyone why Iran might desire the bomb.

Its views and actions toward Israel together with its cryptic nuclear activities have earned Iran a reputation as a troublemaker. Still, examining these issues in good faith from an Iranian perspective increases the likelihood that mutual understanding can be attained and peace preserved.