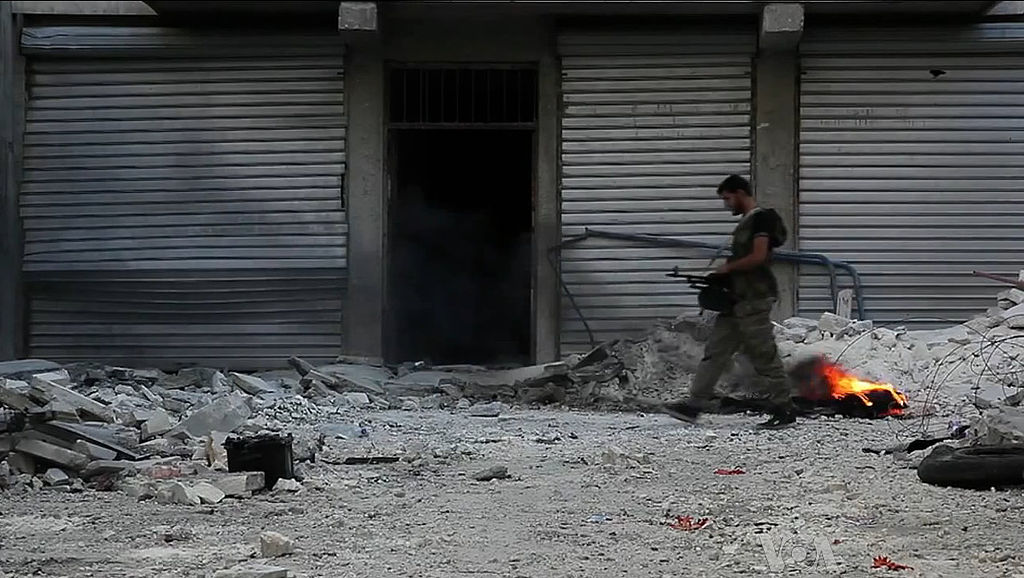 The English writer Samuel Johnson once remarked that the first casualty of war is truth. The Syrian
civil war has proven his observation yet again. There is no dispute that, in the words of UN
humanitarian spokesman Jens Laerke, “a complete meltdown of humanity” has taken place. Less
certain are the finer details, particularly attributions of blame, whose competing versions are nearly as
numerous as the belligerents involved. There is no black or white in war, only very dark shades of grey.

In the aftermath of Rwanda and Bosnia, the conventional Western reaction to such immense
calamity is that we must act to stop it – a reaction containing the precarious assumptions that our
governments can stop it, and want to. Russia, Iran, Arab states, and certain NATO members have each
backed unique dogs in this fight, and none has been willing to let its proxy group be defeated. The war
could have burned itself out long ago had it not been, as Philip Rafalko describes, for the enormous
volume of weapon sales flowing into the country from all sides. Instead, bloody geopolitical theatre
now approaches its sixth anniversary on the Syrian stage, for which its people continue to pay an
unthinkably high price of admission.

As far as our ability to intervene effectively, it is important to recognize that every option available to NATO is fraught with downsides. The Western powers’ current policy of arming and training so-called
“moderate” rebel groups could easily prove to be foolhardy. When the US speaks of arming moderate
rebels to fight Bashar al-Assad, it refers to the Free Syrian Army (FSA). But outside observers have
called the FSA “a loose network of brigades rather than a unified fighting force,” many of whom
“retain separate identities, agendas and commands,” and Linda Robinson of RAND Corporation notes
that “the fragmentation of opposition groups greatly decreases the effects of U.S. and allied aid and
support.” Complicating matters, some of the FSA brigades have worked alongside factions occupying
the Islamist spectrum, like Ahrar al-Sham.

It should come as no surprise to anyone, furthermore, that war involves deception and unpredictability.
Rebels understand their own image, recognizing that if they wish to receive support from the West they
must downplay any hardline Islamist sympathies or agendas they carry, lest they offend our liberal
sensibilities. It is naive to think that we can simply ally ourselves with a group that is defending the
battle’s moral high ground. If such groups exist, they are few and far between, and we cannot be certain
about how their goals might change in the future. Just ask the CIA about the time they armed the
mujahideen with Stinger missiles to fight the Soviets in Afghanistan. What could go wrong?

Even if genuinely moderate rebels can be identified and supplied, there is no guarantee that those
weapons will remain in their possession. The CIA has supplied BGM-71 TOW anti-tank missile
launchers to certain vetted FSA rebels, including to a group known as Division 13. In much of the
country Jabhat Fateh al-Sham (al-Qaeda’s Syrian branch, formerly called Jabhat al-Nusra) is the
dominant player, however, and in its suspicion of and enmity toward Western objectives in Syria, it has
been swift to subdue preemptively any non-aligned group it views as a threat to its Islamist agenda. It
demonstrated this policy at least twice in 2016, first in March when it forced Division 13 out of the city of Ma’arat al-Nu’man and seized its US-supplied weapons, then in July when it abducted forty soldiers and the leader of the FSA faction Jaish al-Tahrir.

NATO members are naturally unanimous in their opposition to the Islamic State and other extremist
groups. But the Assad regime’s brutal tactics since the beginning of the war have prevented Western
powers from supporting him, instead demanding that he step aside. With rebel forces having made
significant gains, Assad would likely have been defeated had it not been for Russia’s decisive
intervention with its air force in autumn 2015. Putin recognized that if Assad falls, not only could
Russia lose access to its strategically valuable Mediterranean naval base at Tartus, but the resulting
power vacuum would promote further chaos and enable the most extreme actors. The Century
Foundation’s Aron Lund observes that should Assad fall from power, there is no viable figure standing
ready to assume his office. Assad has designed it this way for his own preservation.

The sad truth is that his defeat would not bring peace, but would merely mark the beginning of a new
and less predictable phase in the civil war, similar to what happened in Libya after Muammar Gaddafi’s death.
The Syrian government’s siege of Aleppo reignited Western talk of establishing a no-fly zone to protect
civilians from Assad’s air force, but the presence of Russia’s air force had already effectively eliminated that option. By being first in the air Putin established “escalation dominance,” knowing that NATO would likely avoid enforcing a no-fly zone if it involved the risk of shooting down a Russian jet and provoking conflict between nuclear-armed states.

In light of all these factors, NATO should adopt a more coherent strategy by ending its support to rebel
groups other than the Kurds in the country’s northeast, and allow Assad to prevail. In spite of Western
insistence to the contrary, a negotiated political resolution to the conflict is probably impossible. The
path of brutality Assad has chosen means that this war ends either with his death, or when he brings
most of Syria back under his thumb. Giving him a free pass, even temporarily, will be a bitter pill to
swallow considering the terrible crimes he has committed, but allowing him to consolidate power at
least puts more pressure on the odious Islamic State and those like it, and would facilitate an end to the war. There are no happy endings to this story regardless of how one slices it, but the present strategy only prolongs suffering.