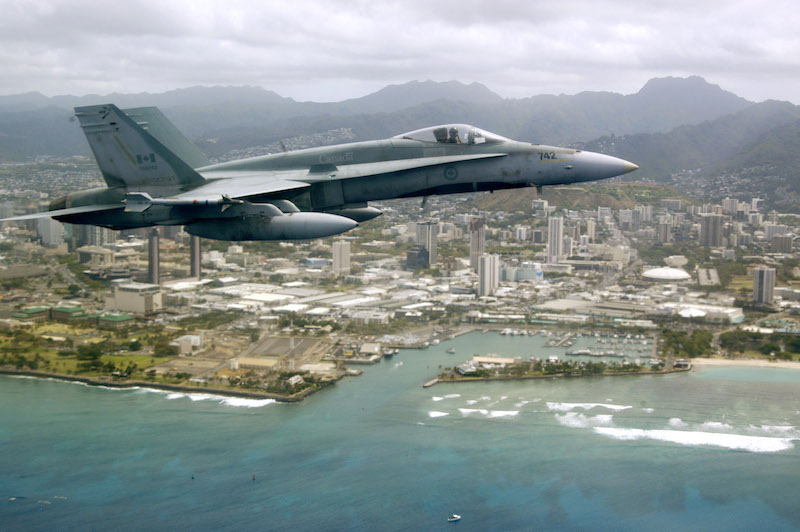 When you hear the term “NATO”, you probably think about the transatlantic alliance between North America and Europe. Or perhaps you imagine a mass of soldiers in different uniforms, bearing different flags, training together in major multilateral military operations. What might not immediately come to mind or may escape the limelight are NATO’s smaller operations – ones like their Air Policing mission.

NATO’s small-scale operations often slip through the cracks of the media machine due to their lack of gravitas or combat-action. Despite this fact, these operations not only serve the interests of collective security, but also help to further the diplomatic and economic relations of those involved. NATO’s air policing operations are collective missions by member states air forces and – while they are typically conducted during peacetime – they are a great example of the importance of small-scale initiatives. More specifically, Air policing enforces the sovereignty of allied territory: it is imperative to have the ability to detect, track and identify any anomalies or breaches of airspace. NATO’s Air policing missions have taken place across Europe since 2014, against the backdrop of an increasing number of Russian encroachments on sovereign airspace.

So where does Canada fit in, and what impact is it having? On August 16th, Canada’s Department of National Defence (DND) announced the deployment of Five Royal Canadian Air Force (RCAF) CF-18 Hornets and approximately 135 Canadian Forces personnel to be stationed at Constanta Romania to contribute to NATO’s Allied Air Command Air policing operation. This will be Canada’s fourth deployment into Romania for NATO air policing, having conducted previous deployments in 2014, 2016, and 2017. Canada’s Romania commander, lieutenant colonel Timothy Woods, affirmed the strategic goals of the deployment and emphasized the importance of working together as a unified force: “Preserving the integrity of NATO airspace is a collective task”.

On October 11th, I was invited to the Romanian Consulate to speak with acting Consul General Daniel Ene – the current representative of the Romanian government in Toronto, Canada – in order to better understand the link between NATO operations and foreign relations.

When asked about the relations of Canada and Romania in the past few years since Canada’s first deployment in 2014, acting Consul General Daniel Ene highlighted the increased number of Romanian migrants coming into Canada. He pointed out that these migrants have brought not only valuable skills and knowledge, but also connections with family and business alike, as well as their unique culture. The Canadian-Romanian business relations introduced through migration have a direct impact on our economic relations. Informal relations like this are known through the concept of Track 2 diplomacy – non-governmental/ unofficial contacts and activities between civilians or businesses that help to further establish and grow foreign relations.

On the topic of Romanian-NATO Relations, Acting Consul General Daniel Ene described Romania’s deep interest and commitment to NATO since its formal inclusion within the organization on March 29th, 2004 – specifically mentioning its contributions in Afghanistan and the Balkans region. Similarly, Mr. Ene emphasized Romania’s constant efforts to further its effectiveness and integration in the international community and its multilateral institutions as a whole.

Our conversation concluded on Mr. Ene highlighting Canada’s commitment to NATO, as well as Canada’s involvement in Romania – both in the past as well as through the new air policing mission – all of which contributes to the growth of our strong bilateral dialogue, interoperability, and relationship as allies.

Canada’s contributions to the Air Policing mission will serve a dual purpose in terms of objectives: to patrol European airways and serve as an aerial quick response force (QRF), and to train along side the Romanian air force. But they also represent something greater. My conversation with Mr. Ene at the Romanian Consulate illustrates how small-scale NATO operations both strengthen the effectiveness and interoperability of military entities as well as our economic, diplomatic, and unofficial relationship with fellow member-states through migrant interaction and the sharing of culture.

The RCAF air policing mission started last month and is scheduled to continue until the end of the year.