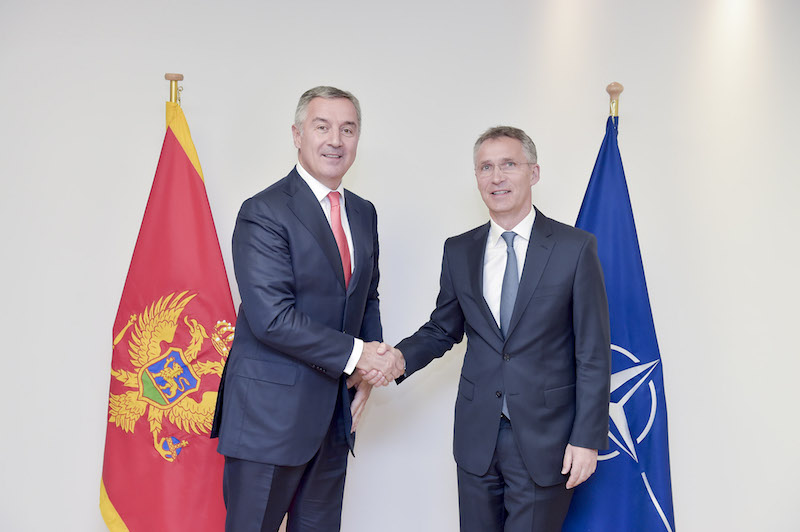 NATO recently confirmed that Montenegro has been invited as its 29th member. The small, but interconnected Balkan state bordering Croatia, Bosnia, Serbia and Albania will be welcomed into the Alliance when all the current members have ratified the accession protocol. Already a member of the UN, WTO, Organization for Security and Co-operation in Europe among many others, Montenegro has decided to add one more key organization to its list. Russia has immediately responded to the new membership labeling it as yet another Western strategic political move.

NATO first accepted Montenegro through a Partnership for Peace agreement in 2006, and later promoted the nation to a Membership Action Plan in 2009 to further integrate the nation into the organization. Montenegro’s persistent commitment to the organization, led NATO members to reward the nation with a well-deserved membership invitation. In December 2015, this longstanding dedication was noted by Jens Stoltenberg, Secretary General of NATO, who described it as, “unwavering commitment to our common values and to international security”.

Montenegro’s new membership in NATO gives it the benefit of NATO’s protection. Another significant reason for Montenegro to join NATO is to check Russia’s presence in Eastern Europe. Alone, Montenegro is not a potent threat to Russia’s presence. However, in unification with other nations, especially with NATO states, Montenegro provides an opportunity of expansion and promotion of NATO values in the Balkan region. This is a crucial time for which NATO can consolidate truly influence in Europe. The Baltic states, such as Estonia, Latvia and Lithuania have been asking for military support fearing Russia’s military on their border. On the other hand, political moves like Montenegro’s new membership will only antagonize Moscow and might motivate future Russian aggression as a display of reciprocal power in the international sphere.

However, Montenegro will have to increase its military budget to fulfill NATO’s military budget requirement. The last confirmed data shows that Montenegro only spent 1.5% in 2014, which is below the 2.0% requirement. Montenegro might have some issues with meeting these requirements. Given that the size of the nation is slightly larger than the State of Connecticut, it only has a 2,000 member military. Despite this, NATO leadership agreed that Montenegro has already provided the support needed such as its involvement in Afghanistan through training and financial aid.

This new membership can be labeled as a strategic move for the purposes of expanding NATO and countering Russia’s potential influence in the Balkans. In response, Stoltenberg disagreed by stating, “The fundamental principle is that every nation has the right to decide its own path…including to decide what security arrangements it wants to be part of”. From Russia’s perspective, this expansion around the eastern border is interpreted as a sign of passive aggression and raises the tension between the Cold War rivals in Eastern Europe.

NATO’s popularity has been growing in the region of the Balkans since Croatia and Albania decided to join as members. The Balkan states have experienced a great history of many divisions and violent conflict. However, Montenegro’s determination to become involved in NATO is a signal of a Balkan reunification that could once again bring peace and security in the region. Similar to Montenegro, Bosnia-Herzegovina and Macedonia have established Membership Action Plans and hope to be next in line for their NATO membership.

There is an existing obligation for NATO member to assist and protect each other from potential threatening situations. In addition, from a geographical point of view, NATO members would collectively be able to fortify their position in countering possible future Russian presence that may occur in Eastern Europe. The recent integration of Montenegro expands the significance of NATO in Europe and extends its umbrella of protection to yet another nation.